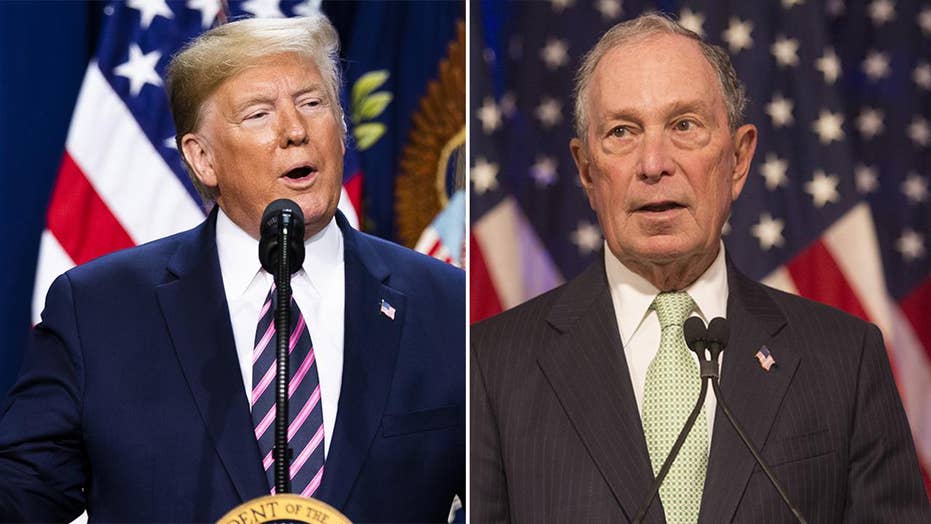 A tale of two billionaires: How the media talk about Bloomberg vs. Trump

Media reporter for The Hill Joe Concha breaks down the difference in campaign coverage.

The Super Bowl represents one of the most coveted time slots for megacompanies like Pepsi and Budweiser looking to appeal to the more than 100 million Americans who tune into the game. In 2019, a 30-second ad slot cost a record $5.25 million.

The same is true for political campaigns — those that can afford it.

Bloomberg, the billionaire former mayor of New York City, has that money to spare and is hoping his advertisement push will help propel him in the polls and on to the Democratic debate stage. Bloomberg made a late entry into the Democratic primary last November, as he expressed concern over whether the current batch of candidates could beat Trump in November’s general election.

The billionaire businessman has already spent $166 million to run TV commercials on behalf of his 2020 White House bid, according to the ad tracking firm Advertising Analytics. That includes $36 million just to air ads the first week of the New Year.

The candidate now stands at 5.8 percent support in the latest RealClearPolitics average of the most recent national polls, up from 4 percent a month ago. This puts him in fifth position, just behind the top tier of Democratic nomination candidates.

Bloomberg’s team confirmed to Fox News that they now have 300 staffers at the national campaign headquarters in New York City, as well as 500 in 30 states across the country — including 14 states that vote on Super Tuesday.

The March 3 contests mark the largest single day of voting this primary cycle and are key to Bloomberg's strategy as he largely bypasses the first four states on the calendar. The state with the most staffers is North Carolina — the only Super Tuesday state that’s also a crucial general election battleground.