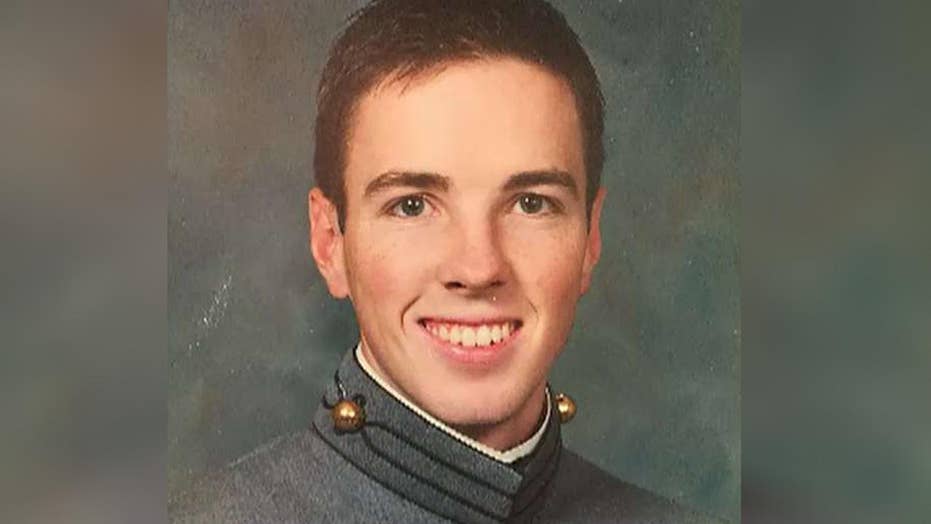 A family's plea to President Trump to cut off terrorist funds

Taylor Force was a West Point graduate who served in Afghanistan and Iraq. He was pursuing his MBA at Vanderbilt last year, and his future was certainly very bright.

"Taylor was stabbed to death while he was in Israel by a Palestinian," says his mother, Robbi, matter-of-factly.

Taylor, who was 28, was walking along the Mediterranean boardwalk promenade with friends in Tel Aviv, when he was savagely knifed to death on March 8, 2016.

His killer was identified as a Palestinian terrorist, 22-year-old Bashar Masalha, who authorities say went on a stabbing spree that also severely wounded ten others before he was shot dead by Israeli police.

"All dads and all moms are proud of their kids. Taylor basically did everything right, but he was humble about it," says his father, Stuart.

Taylor's parents say their grief was compounded by the fact that the family of their son's murderer is making money off his death. The Palestinian Authority spends hundreds of millions of dollars a year paying jihadists and their survivors who were involved in acts of terrorism, and critics say some of those funds come from U.S. taxpayer money that Washington sends to the P.A.

Palestinian Authority President Mahmoud Abbas is scheduled to meet with President Trump at the White House on May 3. It is expected that Trump will raise the issue of payments during the visit.

A congressional bill named for Taylor, the Taylor Force Act, would cut off the U.S. aid unless the Palestinian Authority stops the payments.

"Can you imagine growing up in a country where your government will pay you for killing someone else through a terrorist act?" asks South Carolina Republican Senator Lindsey Graham incredulously. He is the leading sponsor of the Senate legislation.

"If you die as a terrorist, as a 'martyr,' your family will get an annual stipend greater than the average Palestinian earns. In this case, the terrorist who killed Taylor Force...was hailed as a hero, was basically given a state funeral, and his family was given money by the state," Graham says.

SEE VIDEO OF THE FUNERAL BELOW

"Taylor Force is an American hero," says Zeldin. "It’s about letting the Force family know that we stand with him and they stand with their son...the United States Congress and President Trump will do the right thing."

Graham predicts that if the bill reaches Trump’s desk, he will sign it.

The U.S. government gives the Palestinian Authority more than $300 million a year. According to the  P.A.’s on-line budget, it shells out that same amount to the families, or about 7 percent of its total budget.

"I think nobody, no Israeli or no American, would be happy to know that his taxpayer money is being used to be paid for families of terrorism," Israeli Ambassador to the United Nations Danny Danon told Fox News.

"You actually encourage terrorism," he charges.

"Our position is clear. We are against killing innocent civilians from any side," counters the Palestinian Authority Ambassador to the United Nations, Riyad Mansour. But when Fox News pressed him to comment on Taylor's case, Mansour was dismissive and would not address it.

"You cannot cherry pick one case here or one case there. There are a large number of Palestinians who are receiving compensation, they are victims of Israeli terrorism or killed by Israeli soldiers."

Taylor's parents say the payments to Masalha’s family were an additional shock after learning of their son's fate. Force was golfing when he suddenly received the phone call that no parent ever wants.

"I was actually out on the golf course, getting some practice putts and my cell phone rang. I recognized the area code, from Nashville, where Vanderbilt is and I figured it was my son calling from Israel, and he is borrowing somebody's phone. I said, 'Hello?' and 'Mr. Force,'" I said 'yes Ma'am,' 'this is the Chaplin at Vanderbilt University, I am on a speaker phone in a room with the Dean of Students and the Provost,' and I said to myself that this is not going to be a very good phone call.

"She proceeded to tell me that Taylor had been in a group of six students that had been walking to dinner, and that they had been attacked by someone who they believed was a terrorist, and he was stabbed, and he was transported to the hospital by ambulance but he didn't make it.

"I sat down on the putting green and tried to collect my thoughts. She went on to say that your cell phone was his emergency contact number, and I said thank you, and I said, have you called home to talk to my wife yet? She said no we haven't, I said please don't, give me 15 minutes and let me go home. I essentially threw the clubs on the ground and drove home."

"I said they had the wrong person, it's not Taylor," recalls Mrs. Force.

Since that harrowing moment, the Forces and Taylor's sister, Kristen, have embarked on a deeply meaningful mission in Taylor's memory. They are trying to ensure that the incentives to commit terrorism are removed so that there will be no more victims. An important step, they say, is for Congress to pass the Taylor Force Act.

"Our main mission is to spread the word about the legislation," Force says.

"The Taylor Force Act is a good thing. It is not a Democrat thing, it is not a Republican thing, it's not Conservative or Liberal. It is to get things going in the right direction, the way they should be.

"It is so important that the Taylor Force Act passes, so that other sons and daughters, brothers and sisters aren't lost in this way," he says. "It’s just a senseless loss."