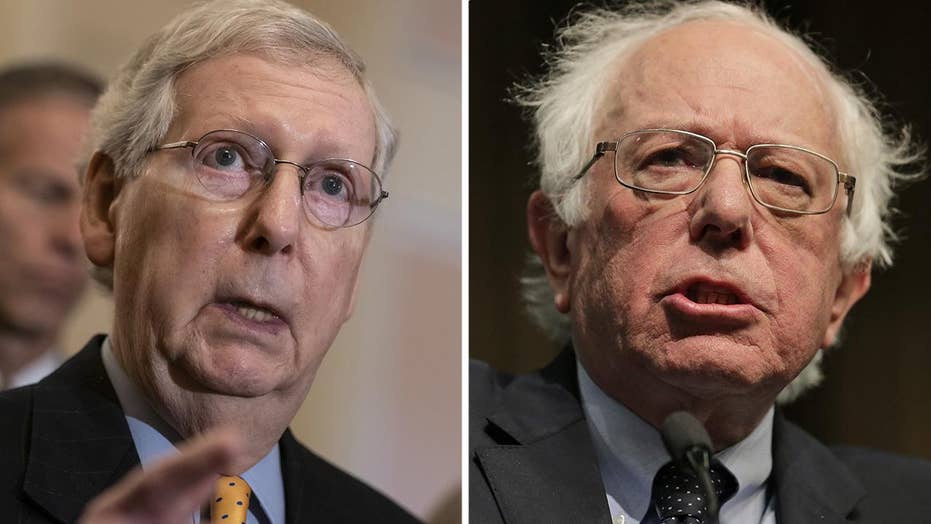 As 2020 Democratic presidential candidate Bernie Sanders was about to unveil a new version of his “Medicare for All” plan Wednesday, Bill Bennett, former Education Secretary under President Ronald Regan, weighed in on the potential cost.

“As Ronald Reagan would say about Bernie Sanders view ‘there you go again,’ more movement to the left among the leaders of this Democrat party, runners for the presidential nomination,” said Bennett, a Fox News contributor, on “America’s Newsroom” Wednesday.

“Look, it’s a $32 trillion dollar bill at least. I don’t know if you made the connection but Bernie Sanders has not released his tax returns, maybe he’s got $32 trillion in there that can cover this but I kind of doubt it,” joked Bennett.

Sen. Sanders, I-Vt., who is expected to release his tax returns on Monday, is one of the most outspoken lawmakers in support of the policy and used “Medicare for All” as part of his platform in his 2016 presidential campaign. He is expected to use the updated version of the proposal for his 2020 run, shaking up the election by reopening the debate over his call to eliminate private health insurance.

BERNIE SANDERS UNVEILS MEDICARE FOR ALL PROPOSAL, SAYS ROLE OF HEALTH CARE INSURERS WOULD BE REDUCED TO 'NOSE JOBS'

The plan’s astronomical price tag is under fire from President Donald Trump and Republicans including Senate Majority Leader Mitch McConnell who slammed it as a far-left social experiment. On Tuesday McConnell, R-Ky., wrote on Twitter, “Democrats’ “Medicare for None” would slap a $32 trillion tab on Americans, and that’s just a rough estimate for the first decade. And competing private insurance policies -- like the ones that 180 million Americans currently use -- would be banned outright.”

Four of Sanders' fellow senators and rivals for the Democratic nomination, including Elizabeth Warren, D-Mass., and Kamala Harris, D-Calif., are set to sign on to the updated single-payer health care proposal.

“They’ll all follow him. He’s the Pied Piper and they will follow him and many of them have endorsed this idea,” said Bennett.

MCCONNELL BLASTS 'MEDICARE FOR ALL' AS 'FAR-LEFT SOCIAL EXPERIMENT' 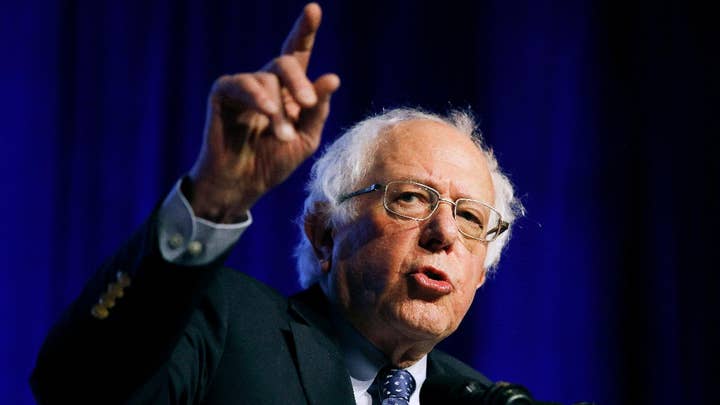 Some candidates who back the plan tout it as one of several ways to achieve more affordable coverage and lower the number of uninsured.

“This idea has initial approval from the public, about 50% when they first hear about it. When they hear that they will lose their individual insurance plan it goes down in the 30s, when they hear what it will cost it goes down in the 20s,” said Bennett. “This is a nonstarter, this is something Donald Trump can use to great advantage in a campaign.”

Those candidates who don't support “Medicare for All” are instead focusing on safeguarding popular provisions of the Affordable Care Act, such as the one that protects coverage for those with pre-existing conditions.