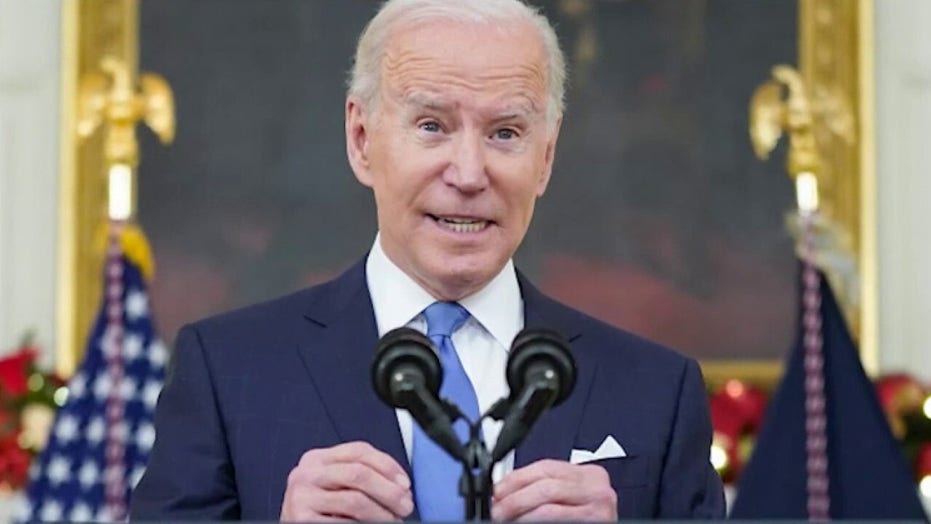 New York gubernatorial candidate Lee Zeldin bashes President Biden over his handling of the COVID pandemic on ‘The Ingraham Angle.'

President Biden received mockery online Tuesday evening into Wednesday morning after a clip posted on Twitter showed him wearing a mask while walking outside on a Delaware beach with his wife, first lady Jill Biden, and their dog Commander.

The CDC's guidance on wearing a mask outside has remained virtually unchanged since the first half of the year, including Dr. Anthony Fauci previously saying in May that the"risk when you’re outdoors – which we have been saying all along – is extremely low," prompting several people on Twitter to mock Biden for participating in "mask theater" and another Twitter user saying, "The theater never ends with the left."

"Vaccinated and boosted Joe Biden is wearing a mask outside, on the beach, alone with his wife," the Heritage Foundation's John Cooper tweeted. "Mask theater is so absurd."

"Look at this moron. Walking a deserted beach, with his wife, and wearing a mask," tweeted former Trump campaign adviser Steve Cortes. "The theater never ends with the Left…"

Other Twitter users, including communications staff at the Republican National Committee, also mocked Biden for wearing a mask outside while walking on the beach.

Biden has been called out several times for sending mixed signals on wearing masks. Biden received criticism for shopping at Murray’s Toggery Shop on the island of Nantucket last month without a mask, despite a sign on the front door saying, "Required face covering."

President Biden removes his face mask as he arrives to speak in the South Court Auditorium on the White House campus Oct. 14, 2021, in Washington, D.C. (Drew Angerer/Getty Images)

In October, he was criticized after footage surfaced of him and the first lady not following local mask mandates in D.C. at a high-end Georgetown restaurant.

Fauci  weighed in on wearing masks on flights Sunday during an interview on ABC's "This Week," saying that taking masks off while on an airplane should not even be considered. His comment came after Southwest Airlines CEO Gary Kelly told a U.S. Senate panel Wednesday that "masks don't add much, if anything" in fighting the spread of COVID-19 on airplanes.

"I think the case is very strong that masks don't add much, if anything, in the air cabin environment," Kelly said. "It's very safe, and very high quality compared to any other indoor setting."