"It looks like he cares more about workers in Saudi Arabia than the workers in America," Daines said on "America's Newsroom."

"This is going to have a direct effect [on] the pocketbooks of the American people here in the middle of a pandemic."

OBAMA PRAISES BIDEN'S EXECUTIVE ORDER BLITZ: 'THIS IS A TIME FOR BOLDNESS'

Biden signed a total of 17 executive orders within minutes of entering the Oval Office for the first time on Wednesday. The orders reversed a number of Trump administration policies and covered areas Biden identified as his priorities on the campaign trail, including the coronavirus pandemic and climate change.

"This is a major infrastructure project that President Biden killed six hours into his presidency," Daines said. "It's outrageous and it's going to get worse." 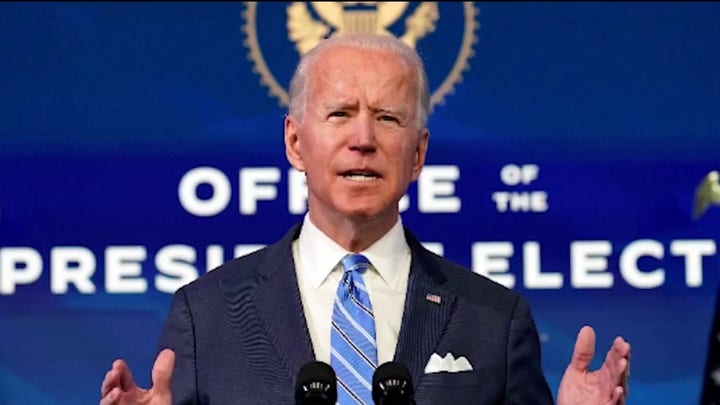 Daines is also worried about the Biden administration’s plans to put a pause on any new oil and gas leases on federal lands. He said the administration is yielding to "the far-left radical extremists" who are pushing the Green New Deal.

"It's already beginning to be implemented," he said. "We're seeing it before our very eyes -- it's going to kill jobs. It's going to raise energy prices."

"Thank God that we've had this revolution in energy in America to reduce our dependency on the Middle East," he said. "[Biden’s action] reverses that course and places the dependence back on the Middle East. That is terrible policy for our country."

Daines said he believes these policies show Democrats are "no longer a friend" to the American worker.

"They are friends with the radical left, Green New Deal side of the party. This is a huge mistake," he said.