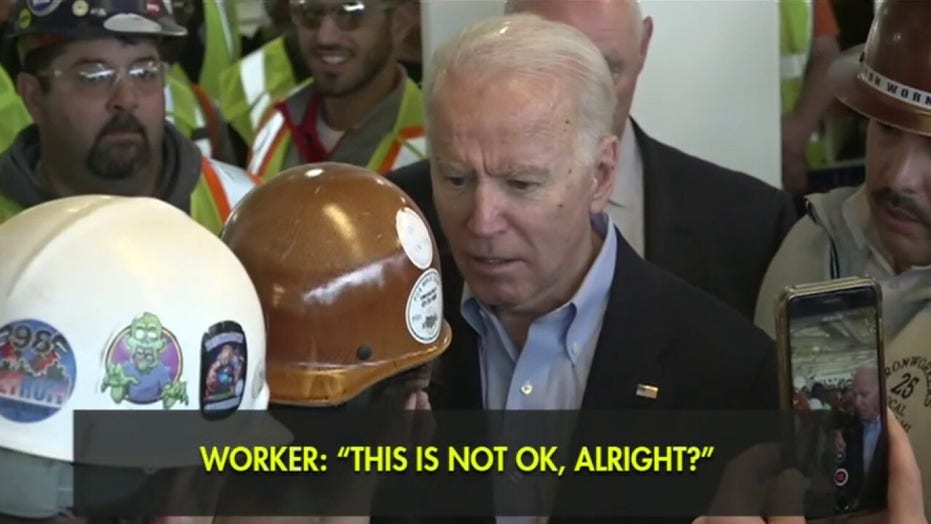 Former Vice President Joe Biden got into a heated and profanity-laced argument with a worker at a Fiat-Chrysler auto plant in Detroit on Tuesday, after the individual accused the Democratic presidential candidate of trying to take away his Second Amendment rights.

"You’re full of sh-- ... I support the Second Amendment," Biden shot back, stressing he's not going to take guns away.

The worker then told Biden, "You're working for me, man," and told Biden that he saw an online video supporting his claim that Biden is hostile to the Second Amendment.

TUNE IN: WORKER SPEAKS OUT ABOUT BIDEN ARGUMENT ON 'FOX & FRIENDS' WEDNESDAY MORNING

Biden, pointing at the individual as they were mere inches apart in the middle of a crowd, said he's not working for him and told him not to be "such a horse's a--."

The dispute, caught on camera, happened at the Fiat-Chrysler plant as Biden stumped for votes in Michigan, the biggest prize among the states voting Tuesday with 125 delegates at stake.

Biden earlier told the workers, "You made me a hero when I was getting a lot of heat for the bailout, the rescue ... You guys saved management. Management didn’t save you." He also called the workers, "The best damn workers in the world."

That prompted a response from Symone D. Sanders, a senior advisor to the Biden campaign. She said, "This was predictable."

Fox News' Gregg Re and Samuel Chamberlain contributed to this report.