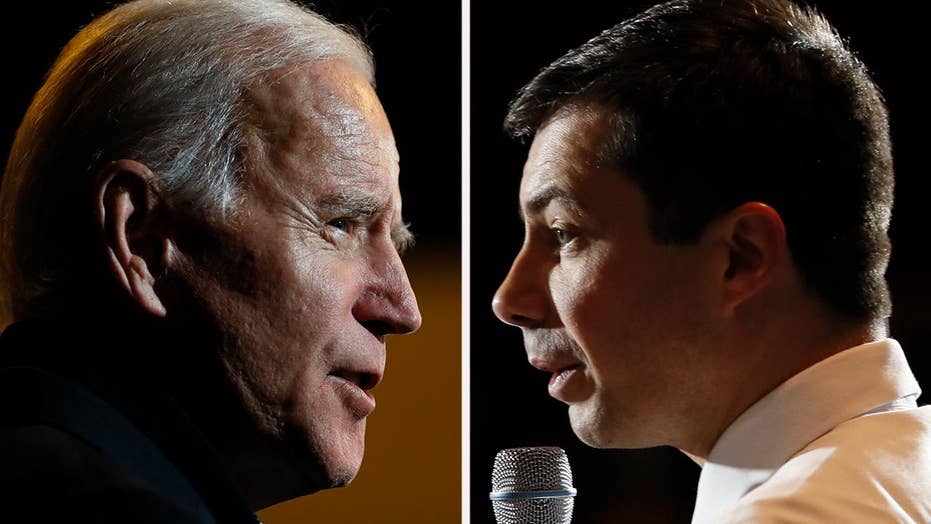 Biden kicks off 'No Malarkey' tour in Iowa amid Buttigieg surge

2020 hopeful Joe Biden claims 65 percent of voters in the state are still undecided.

President Trump's campaign has seized on a resurfaced clip of Democratic presidential hopeful Joe Biden in which the former vice president described how children would rub his leg hair back when he was a lifeguard at a Delaware pool in his younger days.

A video of the comments was shared by Trump campaign communications director Tim Murtaugh Sunday morning with the lament, "This can't be real life."

While there was nothing nefarious about the tale, Biden's opponents are seizing on it as yet another awkward and bizarre moment from a Biden speech, which he gave in June 2017. The full version reveals that the story otherwise had little to do with what Biden had been talking about, as it was immediately preceded by praise for Herman Holloway, the first black state senator in Delaware's history who was elected in 1964. Biden addressed Holloway's son, Herman Jr., who was in attendance.

This is not the first time this particular speech, which was delivered at what is now the Joseph R. Biden Jr. Aquatic Center, was in the news. It surfaced earlier in September, with the focus on an anecdote Biden relayed of an encounter he had with a gang leader named Corn Pop when he worked at the local pool. That story drew initial skepticism over its veracity, only for other accounts to corroborate it.

Biden was also trending online over the weekend for another strange incident, this one more recent. At an Iowa campaign stop last week, Biden's wife Jill delivered a speech during which she gestured with her right hand, waving it near his face as he stood nearby. The former vice president then playfully nibbled on her finger, drawing laughter from the crowd.