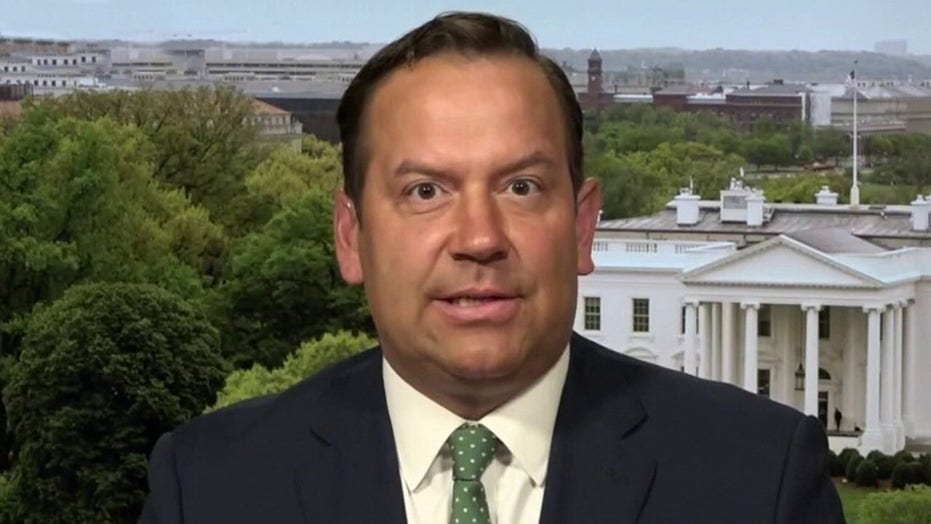 “It’s fascinating that Joe Biden has decided to come above ground to get out of his basement and start traveling,” Cortes told “America’s Newsroom.”

Cortes cited the RealClearPolitics Average data that shows Biden’s lead over President Trump has narrowed as Election Day gets closer.

“I think the first question that should be asked of him is what changed because he told us for months that he couldn’t travel because of the quote 'science.' Well, nothing has changed lately in the science, but, perhaps, the political science has changed, and by that I mean that this race is tightening dramatically,” Cortes said.

“Biden’s lead has been cut in half,” Cortes said.

WHERE THE RACE FOR BATTLEGROUND WISCONSIN STANDS: FOX NEWS POLL

While parachuting into the same state, the running mates to Trump and Biden will be on opposite sides of Wisconsin.

The vice president heads to La Crosse, a city of roughly 50,000 along the Mississippi River in the southwest corner of the state. Pence will deliver a speech on "A Stronger American Workforce" at the electric utility Dairyland Power Cooperative.

Harris is campaigning in Milwaukee, the state's largest city. The senator from California will tour and meet with labor leaders at an International Brotherhood of Electric Workers training facility, and later will speak with Black business owners in Milwaukee.

Both will be offering different visions of the economy.

Cortes said that the Biden-Harris campaign is wrong on policy but “they are not dumb,” giving them credit for changing their campaign style as Biden’s lead over Trump shrinks.

“They realize that this race is tightening and they realize that they can’t just run a stall tactic and effectively try to win by stumbling into the finish line, so, they need to get out and campaign,” Cortes said.

Cortes went on to say, “Why is there momentum for our side--for the president and our campaign? It’s because of the economy. This economy, this great American renaissance gains incredible steam across this country. Again, it’s not my opinion, the statistics show this.”

But an average of all national surveys in the White House race shows a slight narrowing in the showdown between the former vice president and the Republican incumbent.

According to a USA TODAY/Suffolk University poll released Wednesday, Biden tops Trump 50-43% among registered voters nationwide. The former vice president's seven-point advantage is down from a 12-point lead he held in the previous USA TODAY/Suffolk University survey, which was conducted in June. The new poll was conducted Aug. 28-31, entirely after the GOP convention.