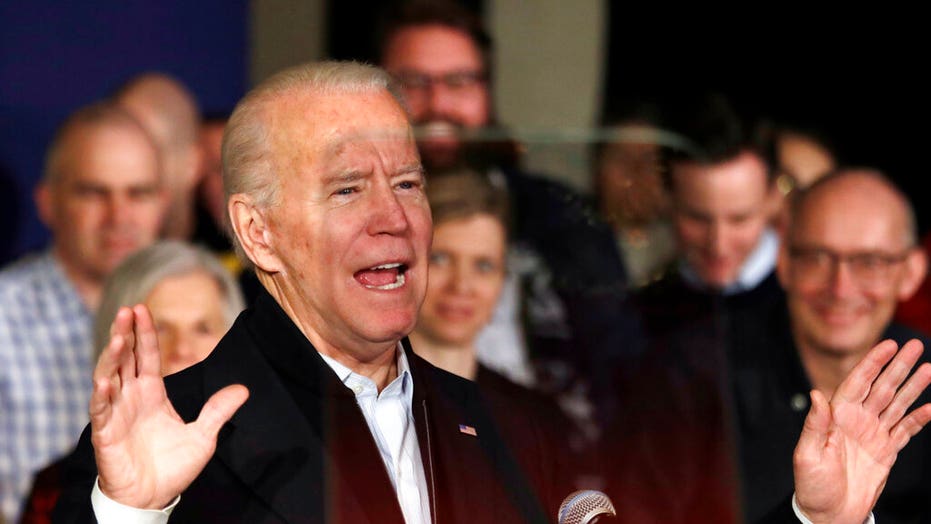 Democratic hopeful Joe Biden slammed conservative talk show host Rush Limbaugh as undeserving of the Presidential Medal of Freedom and criticized President Trump's motives for awarding it at the State of the Union on Tuesday night.

Biden, speaking to CNN's Anderson Cooper at a town hall event in New Hampshire on Wednesday, said Trump's decision to award the highest civilian honor in the nation to Limbaugh was "driven more by trying to maintain [his] right-wing political credentials than it is anything else."

The award was bestowed on Limbaugh just hours after he announced he is battling stage 4 lung cancer, which will cause him to miss airtime in the coming months.

Limbaugh, 69, began “The Rush Limbaugh Show” in 1988 and has won a number of awards, including the National Association of Broadcasters Marconi Award for “Excellence in Syndicated and Network Broadcasting” five times.

He has often come under scrutiny from critics who slam his rhetoric as racist or divisive.

"I mean, if you read some of the things that Rush has said, about people, their backgrounds, their ethnicity, how he speaks to them... I don't think he understands the American code of decency and honor," Biden said. "But look, this is Donald Trump."

"I do feel badly, and I mean this sincerely, that he's suffering from a terminal illness," said Biden, who has championed cancer research throughout his tenure as vice president in the Obama administration and who lost his eldest son Beau to brain cancer in 2015.

"He has my empathy and sympathy no matter what his background is," he added.

Biden himself was awarded the prestigious Medal of Freedom by former President Barack Obama in 2017.

In doing so, Obama heralded Biden as "the best vice president America's ever had" and a "lion of American history."