A visibly stunned Rush Limbaugh was awarded the Presidential Medal of Freedom at President Trump’s State of the Union address Tuesday night, in an emotional moment one day after the conservative talk radio legend announced he was diagnosed with cancer.

"Almost every American family knows the pain when a loved one is diagnosed with a serious illness. Here tonight is a special man, someone beloved by millions of Americans who just received a Stage 4 advanced cancer diagnosis. This is not good news, but what is good news is that he is the greatest fighter and winner that you will ever meet," Trump told the radio giant, who appeared to be in tears. "Rush Limbaugh: Thank you for your decades of tireless devotion to our country."

He continued, "Rush, in recognition of all that you have done for our Nation, the millions of people a day that you speak to and that you inspire, and all of the incredible work that you have done for charity, I am proud to announce tonight that you will be receiving our country's highest civilian honor, the Presidential Medal of Freedom. I will now ask the First Lady of the United States to present you with the honor."

First lady Melania Trump then presented the medal to an emotional Limbaugh and placed the award on him. "Rush and Kathryn, congratulations," Trump added.

The White House had announced Limbaugh as a guest of the president earlier Tuesday. 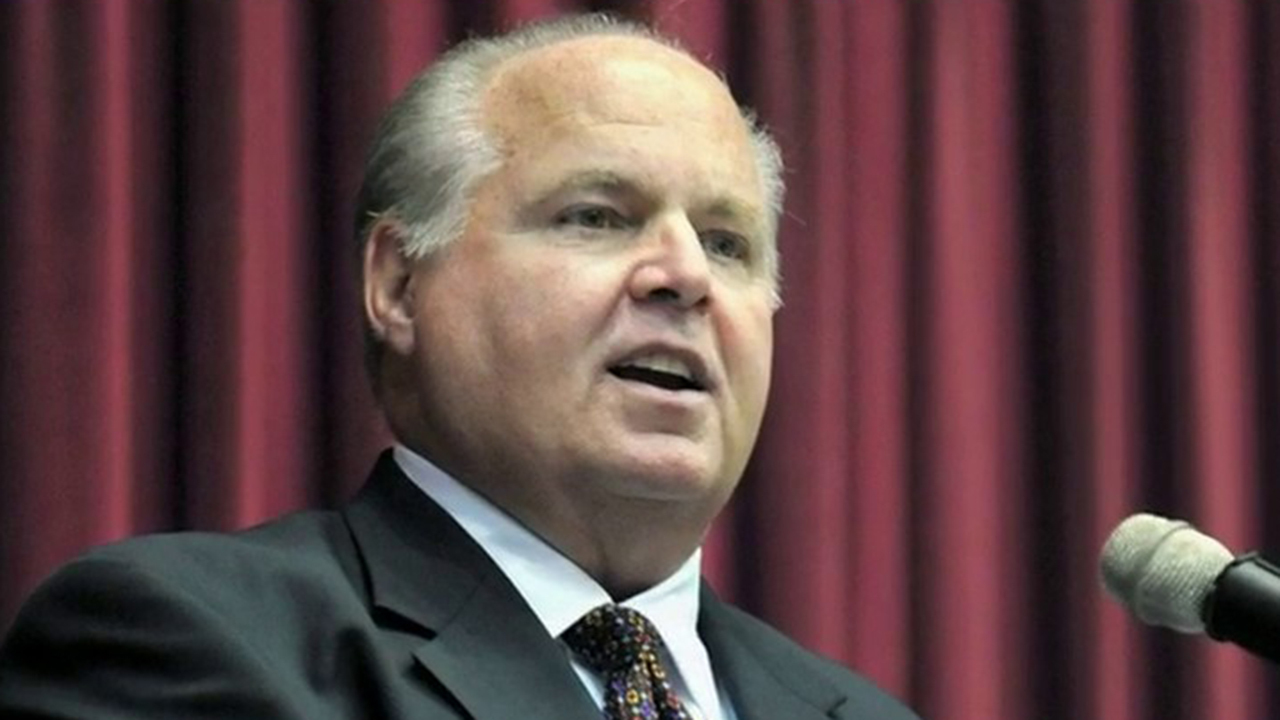 The conservative radio legend told his millions of listeners Monday he was diagnosed with “advanced lung cancer” and would miss some shows in the coming days and weeks for treatment.

“This day has been one of the most difficult days in recent memory, for me, because I’ve known this moment was coming,” the conservative media juggernaut said on his show. “I’m sure that you all know by now that I really don’t like talking about myself and I don’t like making things about me… one thing that I know, that has happened over the 31-plus years of this program is that there has been an incredible bond that had developed between all of you and me.

“So, I have to tell you something today that I wish I didn’t have to tell you," Limbaugh, 69, told his radio listeners. "It’s a struggle for me, because I had to inform my staff earlier today. I can’t help but feel that I’m letting everybody down. The upshot is that I have been diagnosed with advanced lung cancer.”

Limbaugh began “The Rush Limbaugh Show” in 1988 and has since earned a variety of awards and honors. He’s a five-time winner of the National Association of Broadcasters Marconi Award for “Excellence in Syndicated and Network Broadcasting,” a No. 1 New York Times bestselling author and a member of the Radio Hall of Fame and National Association of Broadcasters Hall of Fame. He also was named one of Barbara Walters’ 10 Most Fascinating People in 2008 and one of TIME’s 100 Most Influential People in the World in 2009.