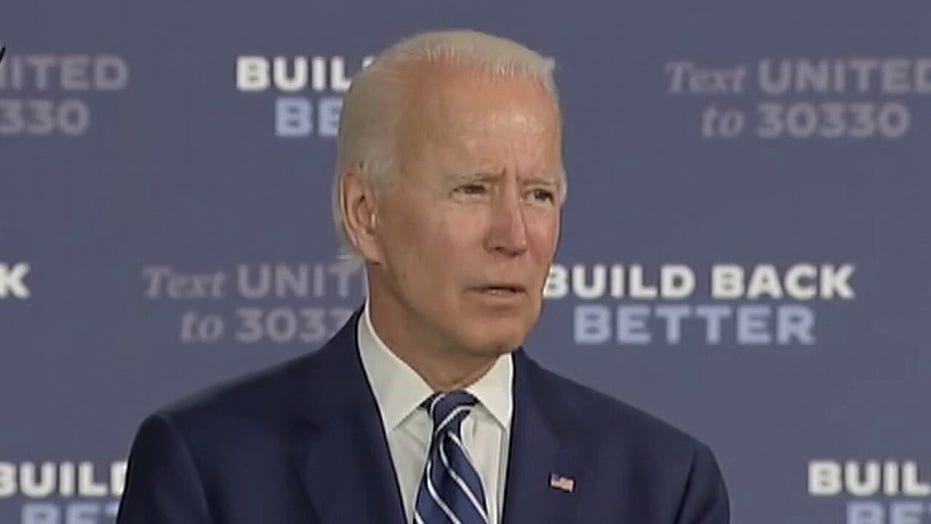 Presumptive Democratic nominee Joe Biden quipped to Fox News on Saturday that he has picked a running mate, before following it up with a joke when asked who the choice was.

"When Vice President Biden has made a decision on who his running mate will be, he will let the American people know," he said.

When asked earlier by Fox News in Delaware whether or not he had picked a VP, Biden said: "Yeh I have."

When Fox News asked who, Biden quipped "you" in response. It was initially unclear how serious Biden's initial response, made during a bike ride in a state park, was.

Speculation is rampant about who Biden may pick as his running mate, and an announcement is expected any day.

Biden confidants who spoke to Axios say the final two candidates are Sen. Kamala Harris of California and Susan Rice, who served as national security adviser and ambassador to the United Nations under President Obama's administration.