As presumptive Democratic presidential nominee Joe Biden spends this week at his home in Delaware, holding one-on-one meetings with roughly half-dozen contenders who have made his shortlist for running mate, a new report speculates that the former vice president has narrowed his choices to two candidates.

Those two, according to Biden confidants who spoke with Axios, are Sen. Kamala Harris of California and Susan Rice, who served as national security adviser and ambassador to the United Nations under President Obama's administration.

With the Aug. 17 start of the Democratic National Convention nearing, a leading Biden adviser said the former vice president would use the next week or so to "spend some time" with the contenders on the shortlist.

Los Angeles Mayor Eric Garcetti, a co-chair of Biden's running mate selection committee, said Tuesday in an interview with MSNBC that they have "amazing women that have been a part of this process. We're keeping them all, we've vetted them heavily, all of them have passed the vet, and now in this next week, week and a half, Mr. Biden can spend some time with them."

These final one-on-one meetings – whether in-person or virtual – are seen as crucial for the Democratic candidate, who's looking to find a running mate who will bond with him the way he did with President Barack Obama during their eight years in the White House. 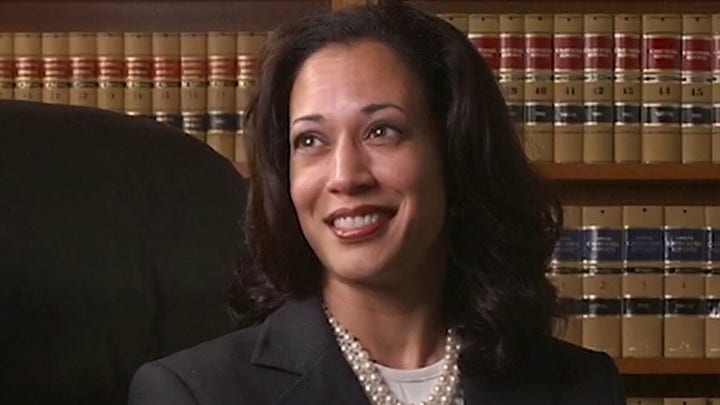 The Axios report suggested that Biden confidants "would be surprised if he picks anyone else" other than Rice or Harris, the former California attorney general who last year unsuccessfully ran for the Democratic presidential nomination and who clashed with Biden a couple of times on the debate stage.

According to confidants cited in the report, Rep. Karen Bass of California is thought to be in third place in Biden's pecking order. The congresswoman from Los Angeles and chair of the Congressional Black Caucus spent this past weekend playing defense – clarifying her positions after revelations about past views on Cuba and the Church of Scientology grabbed headlines.

A Biden running mate announcement is now likely to come closer to the convention, which has been the normal procedure in recent decades.

Four years ago, Clinton didn't name Sen. Tim Kaine of Virginia and Donald Trump didn't announce then-Indiana Gov. Mike Pence as their running mates until just a couple of days before their party's conventions. An exception was in 2012, when GOP nominee Mitt Romney named then-Rep. Paul Ryan of Wisconsin as his running mate roughly two weeks before the GOP convention.

Biden announced in March that he would name a woman as his running mate. The past two and a half months – amid nationwide protests over police brutality against minorities and systemic racism – Biden has faced increased calls to name a Black woman as the party's vice presidential nominee.

Besides Harris, Rice and Bass, the other Black women Biden is believed to be considering are Rep. Val Demings of Florida, who rose through the ranks to become Orlando's police chief, Atlanta Mayor Keisha Lance Bottoms, and former Georgia House Democratic leader and 2018 gubernatorial nominee Stacey Abrams.

Rep. Hakeem Jeffries of New York – the fifth-highest ranking House Democrat – on Wednesday recommended two of colleagues in the chamber. In an interview on MSNBC, the House Democratic Caucus chair said "Karen Bass or Val Demings would be great choices."