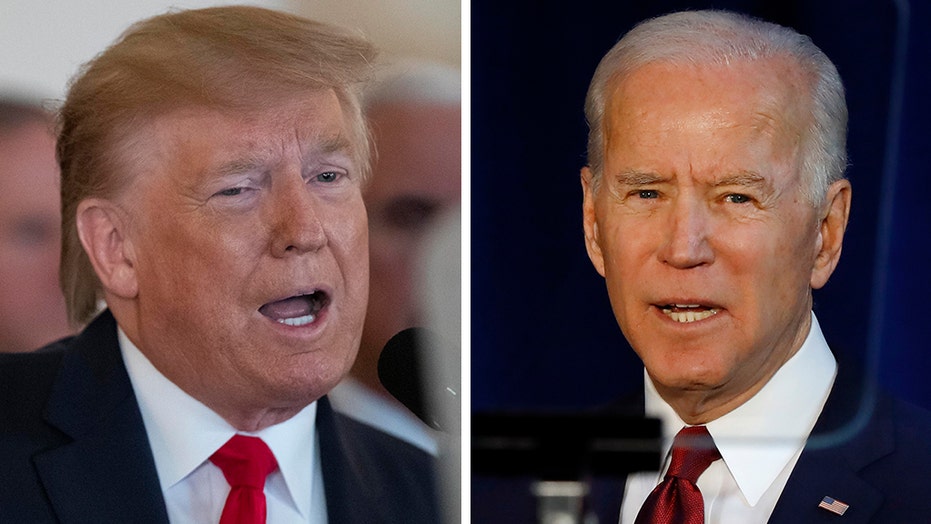 However, Biden has repeatedly criticized President Trump and his coronavirus response, most recently Thursday. “Donald Trump ignored the warnings. He failed to act,” he tweeted.

“This is a long time lag, even for Sleepy Joe,” he wrote, accusing Biden of bashing the travel restrictions as “xenophobia” and “fear-mongering” in the roughly two months since they were implemented.

President Trump announced the restrictions on travelers entering the U.S. from China on Jan. 31. The next day, Biden ripped the president on Twitter.

“We need to lead the way with science – not Donald Trump’s record of hysteria, xenophobia, and fear-mongering,” he wrote. “He is the worst possible person to lead our country through a global health emergency.

Bedingfield denied that the tweet’s inclusion of the word “xenopohobia” had anything to do with the travel ban.

“[It] was about Trump’s long record of scapegoating others a time when the virus was emerging from China,” she told CNN.

The outbreak first emerged in China’s city of Wuhan and the virus rapidly spread – eventually becoming a global pandemic.

China has enacted restrictions of its own as officials there say the crisis there is winding down. Among them was limiting the New England Patriots’ private jet to just three hours on the ground when it flew there this week for an emergency shipment of over a million N95 masks. The crew was not allowed to get off the plane.

President Trump has said that he could not confirm the veracity of the numbers of coronavirus cases and deaths being reported by the government in China, as he urged Americans to adhere to guidelines on social distancing and other health precautions as the outbreak continues here.

There were at least 1,088,878 confirmed coronavirus cases worldwide Friday night, with 270,473 of them in the United States. China reported 82,511 cases. At least 58,382 people have died from the illness across the globe.