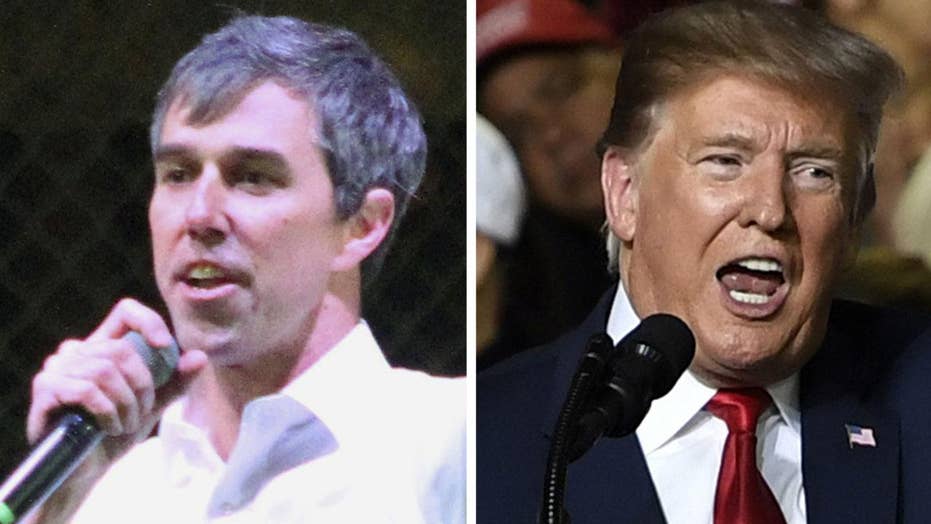 Former Texas Democratic Rep. Beto O'Rourke said Thursday that he would "absolutely" support tearing down existing barriers along the southern border with Mexico, in a full-throated embrace of open-borders rhetoric that has left conservatives wondering where other potential 2020 Democratic White House hopefuls stand on the issue.

O'Rourke's comments came as the House and Senate passed a compromise spending bill that would partially fund President Trump's proposed border wall, to the tune of $1.4 billion. Trump, who had been pressing for billions more, has vowed to declare a national state of emergency to fund the remainder of the project.

Amid the congressional debate, Texas GOP Rep. Dan Crenshaw wrote on Twitter earlier Thursday that he wanted O'Rourke to answer a simple question: "If you could snap your fingers and make El Paso’s border wall disappear, would you?" He cited Department of Homeland Security (DHS) figures suggesting that illegal border crossings dropped sharply in El Paso following the construction of a wall there.

MSNBC host Chris Hayes posed a version of that question to O'Rourke on-air: "Would you, if you could, would you take the wall down here -- knock it down?"

"Yes, absolutely," answered O'Rourke, who is widely thought to be a potential candidate in 2020 but has not formally announced his intention to run. "I'd take the wall down."

Asked whether El Paso residents would support that move in a referendum,  O'Rourke replied, "I do."

He continued: "Here's what we know. After the Secure Fence Act [of 2006], we have built 600 miles of wall and fencing on a 2,000-mile border. What that has done is not in any demonstrable way made us safer. It's cost us tens of billions of dollars to build and maintain. And it's pushed migrants and asylum seekers and refugees to the most inhospitable, the most hostile stretches of the U.S.-Mexico border, ensuring their suffering and death."

Senate Minority Leader Chuck Schumer, D-N.Y., and other Democrats, including then-Sens. Barack Obama and Hillary Clinton, supported the Secure Fence Act of 2006, which authorized the construction of some 700 miles of fencing at the border. As of 2015, virtually all of that fencing had been completed, according to government figures.

"More than 4,000 human beings, little kids, women and children, have died," O'Rourke continued. "They're not in cages, they're not locked up, they're not separated -- they're dead, over the last 10 years, as we have walled off their opportunity to legally petition for asylum, to cross in urban centers like El Paso, to be with family, to work jobs, to do what any human being should have a right to be able to do, what we would do if faced with the same circumstances they were."

Earlier this month, Trump challenged House Speaker Nancy Pelosi, who has called the White House's proposed southern border wall "an immorality," to explain why she is not insisting on the removal of existing physical barriers, or opposing ongoing construction of new wall projects near San Diego.

"If Nancy Pelosi thinks that Walls are 'immoral,' why isn’t she requesting that we take down all of the existing Walls between the U.S. and Mexico, even the new ones just built in San Diego at their very strong urging," Trump tweeted. "Let millions of unchecked 'strangers' just flow into the U.S."

Some progressives in Congress, including Democratic Texas Rep. Veronica Escobar, insisted this  month that "we know walls don't work." Escobar, signaling she may support removing some barriers, called walls "ugly" and "monuments to division."

The San Diego Union-Tribune has reported that physical barriers, including walling and fencing, encompass some 46 miles of the city's 60-mile border with Mexico. In February, construction is slated to begin on 14 miles of additional secondary walling, with work to begin on 15 miles of replacement wall this summer. 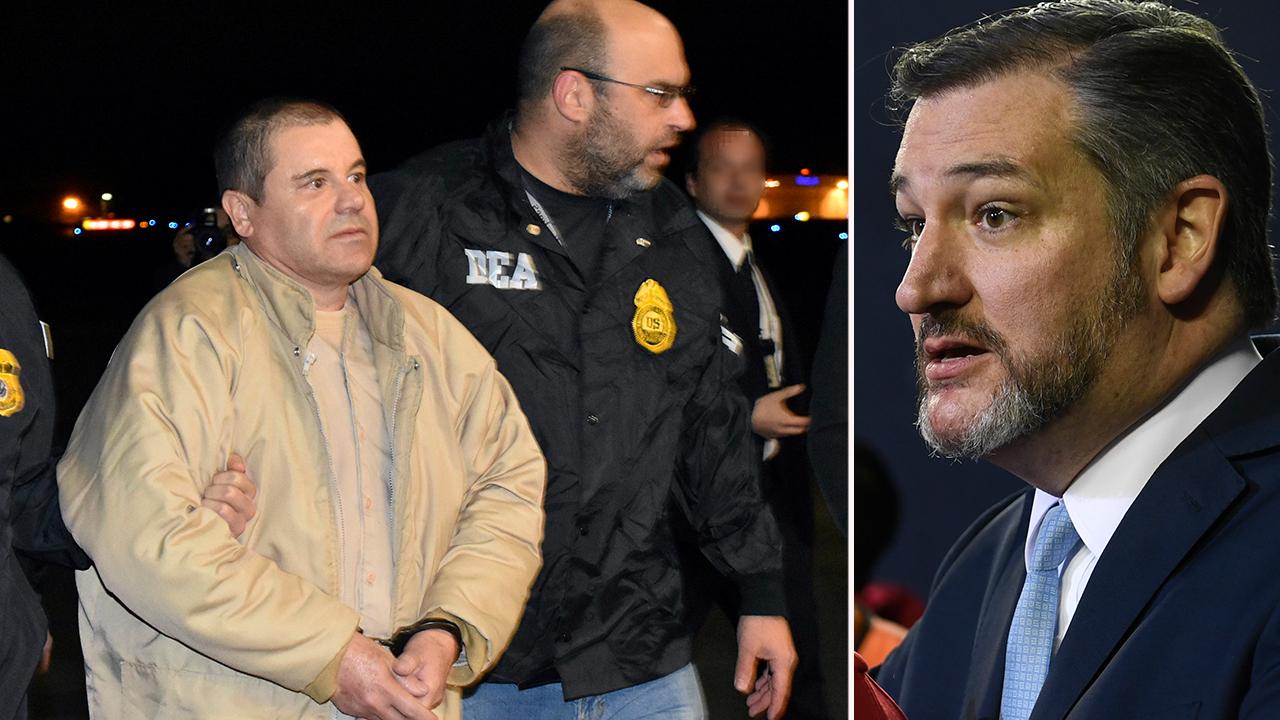 Earlier this month, in an interview with CNN, Democratic California Rep. Juan Vargas acknowledged that those physical defenses were effective and enhanced security for local residents.

"I mean, you go to the border and you see long lines of people waiting to come in. ... So we do have a problem of having huge wait lines to come in,” Vargas told anchor Don Lemon. “You know, there is fencing already there, to be honest with you. There are places where we already have fencing where it made sense for some security.”

O'Rourke's comments to MSNBC on Thursday, however, were the most stark anti-wall comments yet by a prominent Democrat -- and set up another potential confrontation between Trump and the progressive star. On Monday night, Trump held a campaign-style rally in El Paso — just as O'Rourke led a border wall protest roughly a half-mile away.