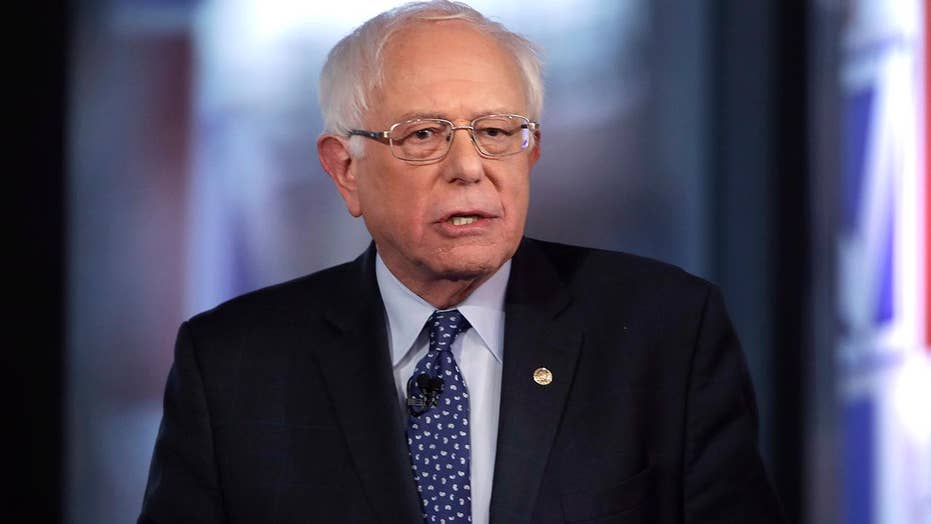 What price would the American people pay for Bernie Sanders' policies?

The Committee for a Responsible Federal Budget crunches the numbers after the 2020 candidate's Fox News town hall.

During that speech, Sanders said he almost had to "puke" when he saw former President John F. Kennedy push his opponent at the time, former President Richard Nixon, to be tougher on Cuba. "For the first time in my adult life, what I was seeing is the Democrats and Republicans ... clearly that there really wasn't a whole lot of difference between the two," he said.

The video, which surfaced in February, was just the latest in a series that showed Sanders, I-Vt., a self-described "democratic socialist," praising socialist societies.

Sanders' other comments have included praising bread lines and Soviet public transportation; defending Castro as someone in Cuba who "he educated their kids, gave their kids health care, totally transformed the society"; and mocking criticism of the Marxist Sandinista regime in Nicaragua.

“It’s funny, sometimes American journalists talk about how bad a country is because people are lining up for food. That’s a good thing,” he said in an old video clip.

“In other countries, people don’t line up for food, rich people get the food and poor people starve to death.”

Sanders has taken the lead among most 2020 hopefuls — often trailing only former Vice President Joe Biden in polls — and became somewhat of an icon for the progressive insurgency within the Democrats.

In 2016, he was able to push a number of big-government policies while placing second in the battle for the presidential nomination. Those policies included free college tuition and a single-payer health care system, ideas that many critics have associated with socialist governments.