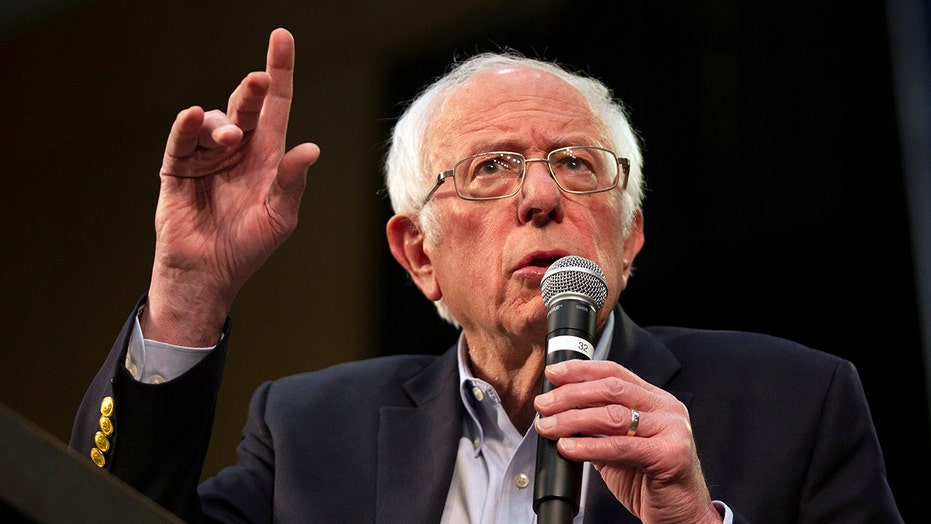 Is the Democratic establishment conspiring against Bernie Sanders?

Democratic presidential candidate Bernie Sanders once defended Mao-era China by claiming it had democracy “on the local level,” as he argued the U.S. should provide aid to the country while cutting off other non-democratic nations.

Sen. Sanders, I-Vt., made the remarks in December 1971 in an interview with The Burlington Free Press, when he was a “Liberty Union senatorial candidate.” Fox News has reviewed the archived article.

In the article, Sanders was calling for a U.S. government takeover of utilities, having advocated for sweeping nationalization policies during the '70s. He also went on to condemn U.S. foreign policy as “too supportive of military dictatorships.”

But he carved out an exception for China.

“He said the United States, as a wealthy nation, has an obligation to assist smaller countries but should not aid or cooperate with nations whose governments are not democratic,” the article said. “Sanders said such a policy would not endanger our interests around the world because it is contrary to our real interests to cooperate with such regimes.”

The article went on to state that Sanders “excluded Communist China from this policy on the grounds that while it is a military dictatorship as a nation, it nevertheless has democracy ‘on the local level’.”

China was led at the time by dictator Mao Zedong.

China, at the time of his comments, was in the midst of the Cultural Revolution, during which hundreds of thousands of people -- possibly millions -- were killed as Mao's foot soldiers targeted enemies of the regime.

The revolution lasted from 1966 to 1976, with Mao at the helm. As detailed in a New York Times report, the exact death toll is unknown but is estimated to be about 1 million.

"Bernie Sanders has shown us over and over his true (Soviet red) colors--defending the Castro regime and communist authoritarians in central America, and even praising the USSR at the height of the Cold War," a Democratic strategist for a rival campaign told Fox News. "There's an endless oppo file on Bernie Sanders that Trump and his allies are absolutely salivating over using, and frankly it's disqualifying for Bernie as both a nominee and a potential president."

A Sanders campaign spokesman did not immediately respond to Fox News’ request for comment. Sanders has stressed that he is technically a democratic socialist.

Sanders, after big victories in New Hampshire and Nevada and a virtual tie in Iowa, is currently in the lead in terms of delegate count for the Democratic nomination. But he's been criticized for his praise of communist dictators on the campaign trail. 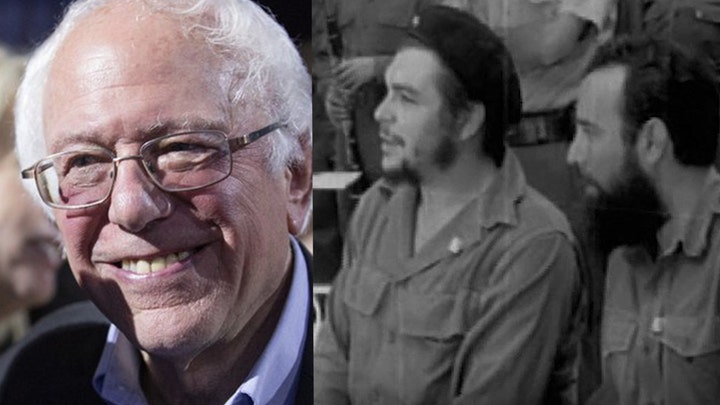 Sanders last month defended some of the late Cuban dictator Fidel Castro’s policies, saying it was “unfair to simply say everything is bad.”

Sanders pointed to social welfare programs introduced under Castro's regime that he described as redeeming, despite the communist dictator's often repressive human-rights violations against Cubans.

"We're very opposed to the authoritarian nature of Cuba but you know, it's unfair to simply say everything is bad. You know? When Fidel Castro came into office, you know what he did? He had a massive literacy program. Is that a bad thing? Even though Fidel Castro did it?" Sanders said on CBS News’ “60 Minutes.”

And last week, Sanders defended the dictator’s education reforms, including his literacy programs.

“When Fidel Castro first came into power ... you know what he did? He initiated a major literacy program. It was a lot of folks in Cuba at that point who were illiterate and he formed the Literacy Brigade ... and they went out and they helped people learn to read and write….You know what? I think teaching people to read and write is a good thing," Sanders said in response to criticism.

“The Communist Party wants to stay powerful in China, and they listen to the public,” Bloomberg said. “Xi Jinping is not a dictator. He has to satisfy his constituents or he’s not going to survive.”