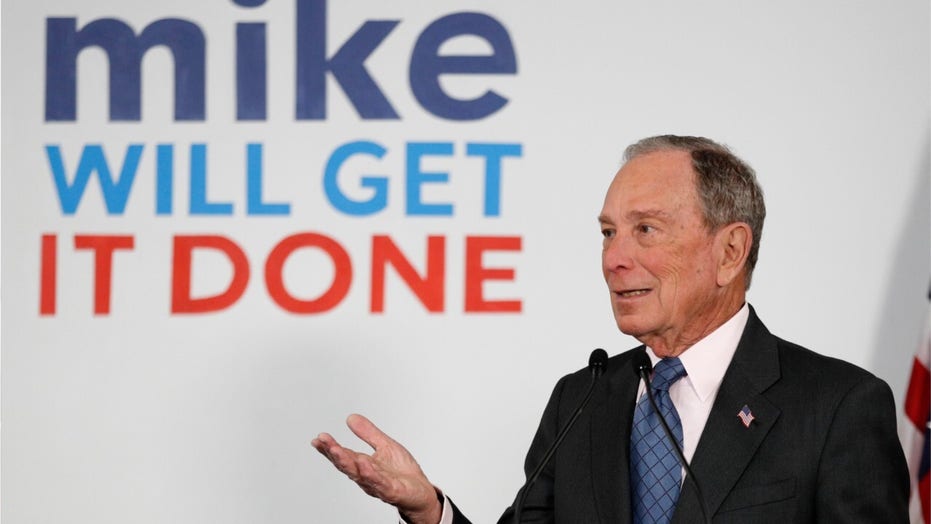 Bloomberg’s controversial comments on stop and frisk, China and more

Mike Bloomberg’s controversial comments and how they could hurt his campaign.

But this week, a newly surfaced recording of a 2015 speech by Bloomberg in which he gave a defense of the controversial policing procedure known as stop and frisk is now threatening the Democratic presidential candidate's status with minority voters.

Bloomberg, who could soon qualify for a Democratic debate for the first time, has a long history of controversial comments on a range of topics, from stop and frisk to China. Here are some examples:

"Stop and frisk" is a controversial policing practice that rose to prominence in New York City that allows police to temporarily detain, question and search civilians or suspects for weapons. Supporters say it saves lives by getting weapons off the streets, but critics say unfairly targets minorities. Bloomberg took heat from liberals over the practice while he was mayor.

This week, an audio clip from Bloomberg’s 2015 appearance at the Aspen Institute, the billionaire acknowledged that stop and frisk targeted minority “kids” who cops thew “up against the wall” to disarm. The Aspen Times reported at the time that Bloomberg representatives asked the Institute not to distribute footage of his appearance.

“Ninety-five percent of murders — murderers and murder victims fit one M.O. You can just take a description, Xerox it, and pass it out to all the cops,” he said. “They are male, minorities, 16-25. That’s true in New York, that’s true in virtually every city [inaudible]. And that’s where the real crime is. You’ve got to get the guns out of the hands of people that are getting killed.”

Also this week, an audio clip from a 2013 radio interview emerged, where Bloomberg complains that police stop white people “too much” and minorities “too little.”

In a statement released on Tuesday, Bloomberg said he "inherited the police practice of stop and frisk," which he stressed he "cut" back by 95 percent by the time he left office, but admits he "should've done it faster and sooner" and that he has "taken responsibility for taking too long to understand the impact it had on Black and Latino communities."

"But this issue and my comments about it do not reflect my commitment to criminal justice reform and racial equity," Bloomberg said.

In September, Bloomberg was slammed by conservatives after saying in an interview that Chinese Communist Party leader Xi Jinping was not a dictator.

“The Communist Party wants to stay powerful in China, and they listen to the public,” Bloomberg said. “Xi Jinping is not a dictator. He has to satisfy his constituents or he’s not going to survive.” 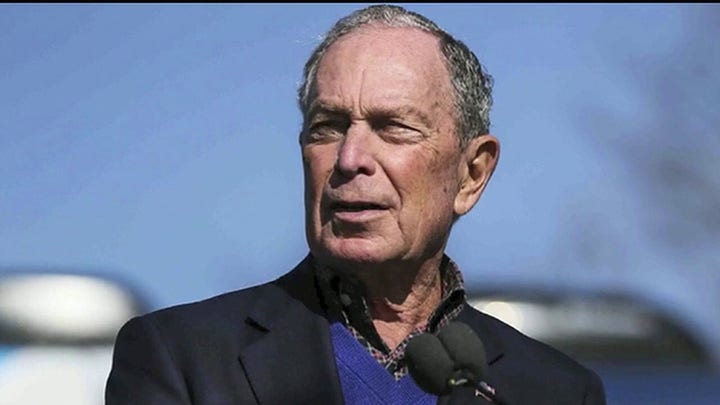 Bloomberg has faced several lawsuits against his company, with some employees having claimed that the behavior in the workplace was that of a “frat house,” according to The New York Times.

The Times reported that Bloomberg, himself, made inappropriate remarks about females. According to the Times report, in 2012, Bloomberg encouraged guests at a party to “look at the a** on her,” pointing to a woman at the gathering. And last year, the Times said, Bloomberg cast doubt on harassment allegations against former CBS News anchor Charlie Rose.

According to the Times report, a class-action lawsuit was also filed against the Bloomberg company in 2007, alleging a pattern of discrimination against pregnant employees and new mothers. The case ultimately was thrown out by a federal judge in 2011 for lack of evidence.

According to a 1997 lawsuit reported by The Times, an employee accused Bloomberg of reacting poorly to learning the news of her pregnancy.

The employee claimed Bloomberg told her to “kill it,” referring to the baby.

Bloomberg denied making the comment. In 2001, Bloomberg’s staff reportedly said he passed a polygraph test about the comment but the results were never made public.