Sen. Bernie Sanders highlighted his concerns for the "parallel problems" of civil rights and economic inequality Sunday in the wake of a kerfuffle with "Black Lives Matter" protesters at a conference last week.

"I was there to speak about immigration reform, and some people started disrupting the meeting," the Vermont Democrat said Sunday on NBC's "Meet the Press."

But Sanders denied he had a confrontation with the protesters, noting he "strongly shares" their concerns.

"I've been involved in the civil rights movement all of my life," Sanders said. 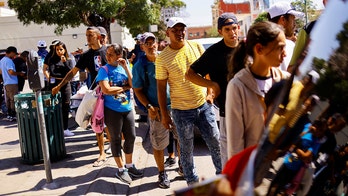