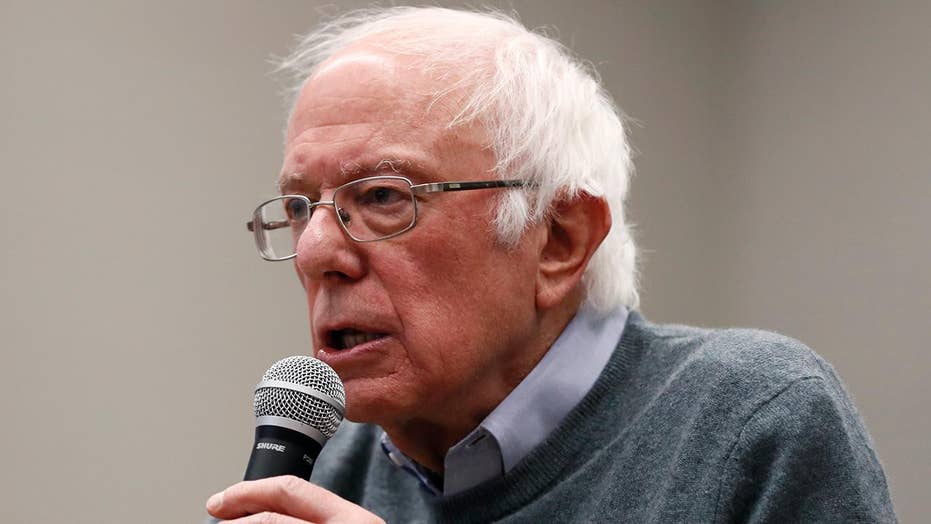 Is the Democrat establishment finally 'feeling the Bern'?

"Why Bernie Sanders is tough to beat," reads the headline from The New York Times.

And Sanders surrogates have been more than happy to make the case on air that he's as competitive as ever, in the run-up to the January campaign crunch before Iowa, New Hampshire and beyond. Underlying the fresh attention to the two-time presidential candidate, though, is an unshakeable reality -- the independent senator from Vermont is ticking back up in the polls, leading the race for campaign cash by a long shot and proving to have a political staying power that has eluded other big names in the crowded 2020 primary battle.

AOC, CAMPAIGNING FOR SANDERS, SAYS IT WOULD BE AN HONOR TO BE VP

Which begs the question: Could he actually snag the nomination?

“They can go ahead and crown Joe Biden if they want to, but Bernie Sanders is not going anywhere and his followers are not going anywhere,” former Sanders 2016 campaign adviser Tezlyn Figaro said Friday on "Fox & Friends."

Sanders has been a part of the top tier of nomination contenders since he launched his campaign in February but hasn't necessarily enjoyed the spotlight so much as former Vice President Joe Biden, Sen. Elizabeth Warren and South Bend, Ind., Mayor Pete Buttigieg -- or even Sen. Kamala Harris and Beto O'Rourke before they bowed out. 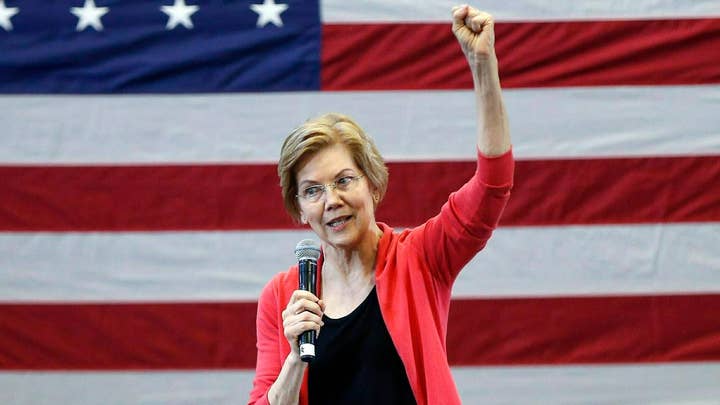 His reputation as a radical political agitator has endeared him to his base and isolated him from the mainstream essentially since his 2016 primary battle against Hillary Clinton. But Sanders has enjoyed a rise in support in the polls since returning to the campaign trail in October after suffering a heart attack.

He stands at 19 percent in an average of the latest national polls, second only to Biden.

Sanders is also leading in the crucial dash for campaign cash. He hauled in a whopping $28 million in the July-September third quarter of fundraising – more than any other Democratic contender – and has raised more this cycle than any of his rivals for the nomination. Early last month, the populist senator who’s pushing ultra-progressive policies touted that he reached 4 million individual donors.

And Sanders is drawing big crowds at many of his campaign stops, including a massive beachfront rally in Venice Beach last weekend, where an estimated 14,000 people showed up to see him and one of his leading surrogates – progressive freshman Rep. Alexandria Ocasio-Cortez of New York. 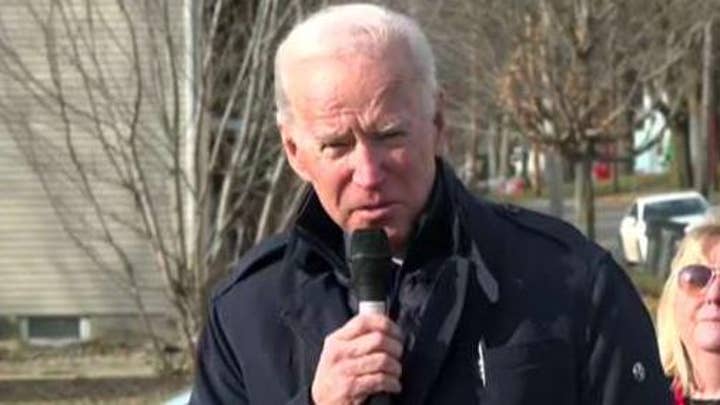 Figaro put forward a prediction that Sanders would "go all the way to the convention" -- where a close race could mean a rare, contested nomination process.

“It’s going to be a long season, so they can just buckle up,” Figaro said of the party establishment.

Sanders returned Friday to New Hampshire, the state that launched him into a nationally known politician. Once a long-shot, Sanders crushed former Secretary of State Clinton in the state’s 2016 Democratic presidential primary, boosting him into a marathon battle with the party’s eventual nominee.

At his first stop in the Granite State, he landed the endorsement of one of the state’s top progressive officials -- Executive Councilor Andru Volinsky. The 2020 candidate for governor was the Sanders campaign’s legal counsel in New Hampshire in 2016 and served as a pledged Sanders delegate at the nominating convention in Philadelphia.

Volinsky told Fox News that this time around, “I kicked the tires with a number of campaigns in the state. There are a number that are very, very, good.”

But he emphasized that “although I spent time with a number of the other campaigns, I kept coming back to Sanders and I think that’s where I belong and I am pleased and privileged to endorse Sanders for president.”

Sanders’ surge the past two months will likely invite more scrutiny, however.

Democratic operative Michael Ceraso, a veteran of Sanders’ 2016 White House bid, raised doubts about whether the senator is really in contention in 2020.

“We need to recognize Bernie still has the same challenges he faced in 2016: higher unfavorables among [voters over 50] can kill him in the early primary and caucus states and Super Tuesday. Can he break through with an older electorate that makes up roughly 50 percent of the vote? I’m skeptical,” he said.

Ceraso, who served as Buttigieg’s New Hampshire state director before parting ways with the campaign this past summer, said “this is problematic for his candidacy because he can’t win the delegates needed to win the nomination if he’s unable to break through with older voters.

“He’ll have to hedge his bets that both his primary opponents are unable to form a voter coalition that can compete with his hold on young and non-college educated voters and that the Democratic electorate is too divided on their choices. That’s a lot of what-ifs.”