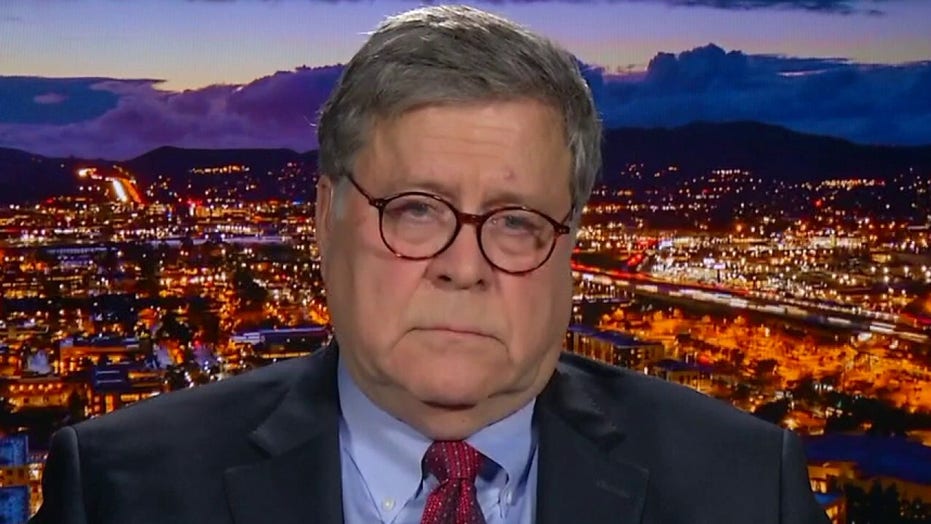 Attorney General William Barr said on Wednesday that people who are "trying to change the rules" of voting methodology ahead of November are "playing with fire."

In an interview with CNN's Wolf Blitzer, the host pointed out to Barr that several states — Colorado, Hawaii, Oregon, Utah and Washington — already vote primarily by mail.

"This is playing with fire," Barr said in response. "We're a very closely divided country here, and people have to have confidence in the legitimacy of the government, and people trying to change the rules to this methodology, which as a matter of logic is very open to fraud and coercion, is reckless and dangerous, and people are playing with fire."

The debate regarding mail-in voting comes just two months ahead of the November presidential election, when some U.S. citizens may choose to vote by mail rather than in-person to avoid potential crowds amid the coronavirus pandemic.

Barr cited a 2005 report from the Commission on Election Reform chaired by former President Jimmy Carter and former Secretary of State James Baker, who wrote that vote by mail is "likely to increase the risks of fraud and of contested elections" in some states.

Blitzer pushed back, saying, "But since then, there have been a lot of investigations that haven't proved it."

Blitzer later posited that there has not been "widespread fraud," but Barr countered that "we haven't had the kind of widespread use of mail-in ballots that's being proposed."

President Trump and Barr say they approve of absentee ballots, but oppose mail-in ballots being sent to every registered voter in the state.

WHAT IS THE DIFFERENCE BETWEEN ABSENTEE VOTING AND UNIVERSAL VOTE-BY-MAIL?

Those in favor of mail-in voting say it is the safer option and are calling on Congress to provide more aid to the nearly bankrupt U.S. Postal Service, in addition to the $10 billion the U.S. Treasury approved in July, so that the institution is able to carry out a successful election by mail despite financial troubles.

Those against mail-in voting — including Trump, who has expressed concerns with the practice on social media — have expressed concern with the potential for fraud and the ability of the USPS to safely deliver hundreds of millions of ballots.

The attorney general made similar comments in an Aug. 13 interview on Fox News' "Hannity" that the mail-in voting debate raises "serious questions about the integrity of the election."

"I think it is grossly irresponsible to be doing what the Democratic Party is doing now," Barr said at the time. "We've had very close races in recent history, the country is divided. If anything, we should be assuring the integrity of our elections so that government going forward would be legitimate and be accepted as legitimate."

A group of congressional Democrats on Aug. 16 published a joint statement saying the president "has explicitly stated his intention to manipulate the Postal Service to deny eligible voters access to the ballot in pursuit of his own reelection."

They added that Postmaster General Louis DeJoy is a "Trump mega-donor" and has "acted as an accomplice in the president’s campaign to cheat in the election" by carrying out "sweeping new operational changes that degrade delivery standards and delay the mail."

U.S. Postmaster General Louis DeJoy said during an Aug. 24 a House Oversight Committee hearing that despite allegations of making changes, he "did not direct the removal of blue collection boxes or the removal of mail processing equipment" and "did not direct a cutback on hours at any of our post offices" or "the elimination or any cutback in overtime."