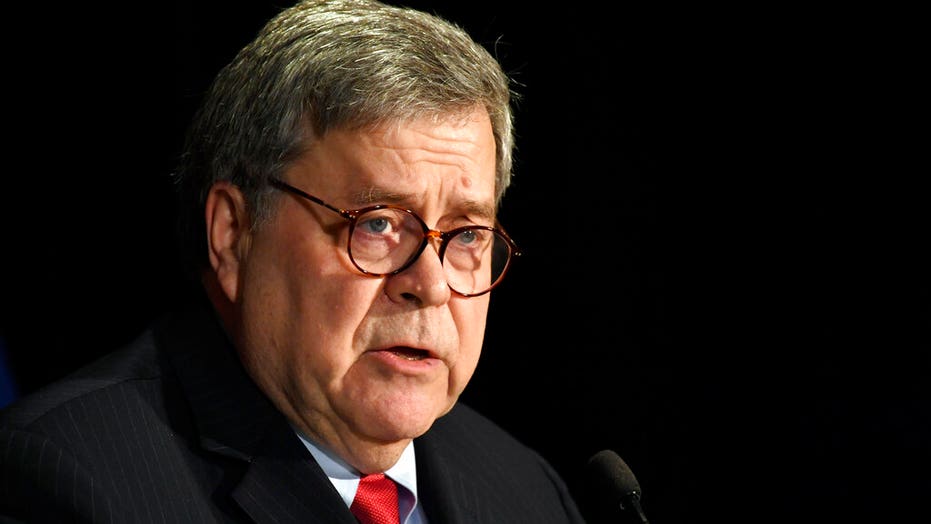 According to one senior administration official, the plan had been made to extend the perimeter of the park -- which is across the street from the White House -- by one block. Both peaceful and violent protests have taken place at Lafayette Square in recent days.

The order was executed Monday afternoon just minutes before the president gave a public address on the nationwide unrest following the death of George Floyd. The act -- which came shortly before a city curfew went into effect -- has ignited outrage from critics who claim protesters were moved so the president could participate in a photo opportunity.

But a senior Justice Department official told Fox News the decision was made early Monday morning after the Treasury Department and St. John’s Church -- which are both in the area -- were vandalized the night before.

The decision was first reported by the Washington Post.

On Monday afternoon, according to an official, Barr went to survey the scene. But after arriving, the source said, he was upset to find out the perimeter had not been widened like it was supposed to be earlier in the day. Barr, who was surrounded by his security detail, toured the police line keeping the protestors at bay while demonstrators shouted at him. The night before, fires were started and buildings were vandalized in the area.

Critics -- including top Democrats in D.C. -- have been angered by the tactics to clear the square just before the president walked to visit St. John's Church. House Majority Leader Steny Hoyer called it an "action worthy of censure."

There have been differing accounts about who gave the order and why.

Some vocal anti-Trump critics, like Episcopal bishop Mariann Budde, claimed Trump himself "sanctioned" having the park cleared so he could participate in a photo op at St. John's Church.

But a local news outlet in D.C. reported Tuesday that sources at the U.S. Park Police told them the park was cleared because some protesters were attacking police officers.

And while many critics claimed tear gas was used, the Park Police told WTOP it was smoke canisters that were deployed.

The developments came after Trump and Barr encouraged more aggressive action against those who cause violence during protests across the country following Floyd's death.

“Last night was a more peaceful night in the District of Columbia. Working together, federal and local law enforcement made significant progress in restoring order to the nation’s capital,” Barr said in a statement.

He praised the D.C. police department, the Department of Defense and the D.C. National Guard for their support in quelling riots, as well as the FBI, Secret Service, ATF, DEA, Bureau of Prisons, U.S. Marshals Service, Capitol Police, Department of Homeland Security’s CBP and Border Patrol units.

The attorney general said that law enforcement would be out in even greater force on Tuesday night. “There will be even greater law enforcement resources and support in the region tonight,” said Barr. “The most basic function of government is to provide security for people to live their lives and exercise their rights, and we will meet that responsibility here in the nation’s capital.”

Barr told the state leaders earlier in the day that law enforcement officials must “have adequate force” and “go after troublemakers.”

BARR: VIOLENCE FROM ANTIFA, OTHER GROUPS IS 'DOMESTIC TERRORISM AND WILL BE TREATED ACCORDINGLY'

“Law enforcement response is not going to work unless we dominate the streets,” Barr said.

Meanwhile, Trump in a phone call with governors Monday told local leaders they “have to get much tougher” on protesters and promised to “clamp down” on protests in D.C.