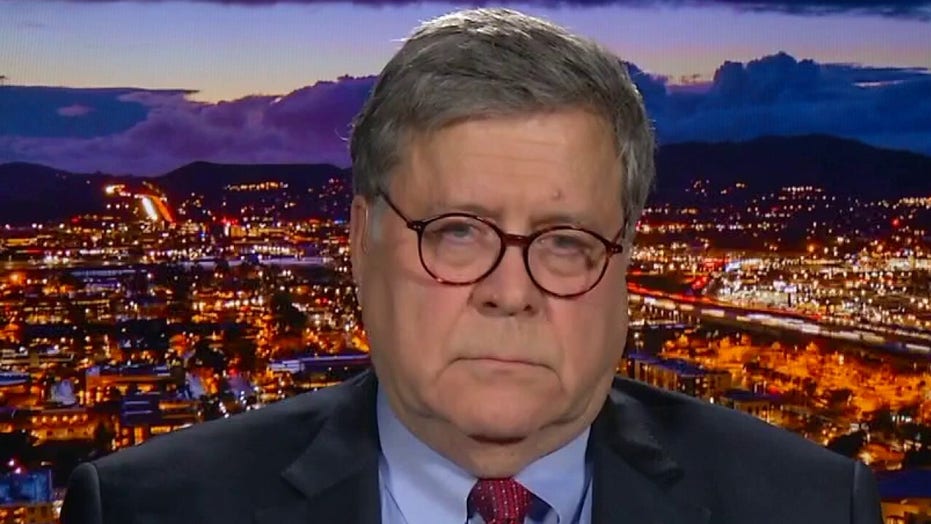 AG Barr on Durham report: Will be 'significant developments' before election

There will be "a development" Friday in Connecticut U.S. Attorney John Durham's investigation into the origins of the Russia investigation, Attorney General William Barr told Fox News' Sean Hannity in an exclusive interview Thursday.

Barr said that the development would not be "earth-shattering," but would be "an indication that things are moving along at the proper pace as dictated by the facts in this investigation."

"There are two different things going on, Sean," Barr said. "I said the American people need to know what actually happened, we need to get the story of what happened in 2016 and '17 out. That will be done.

TRUMP LAYS DOWN GAUNTLET FOR BARR ON DURHAM PROBE

"The second aspect of this is, if people crossed the line, if people involved in that activity violated criminal law, they will be charged. And John Durham is an independent man, highly experienced, and his investigation is pursuing apace. There was some delay because of COVID, but I'm satisfied with the progress and I've said there are going to be developments, significant developments, before the election.

"What's dictating the timing of this are developments in the case."