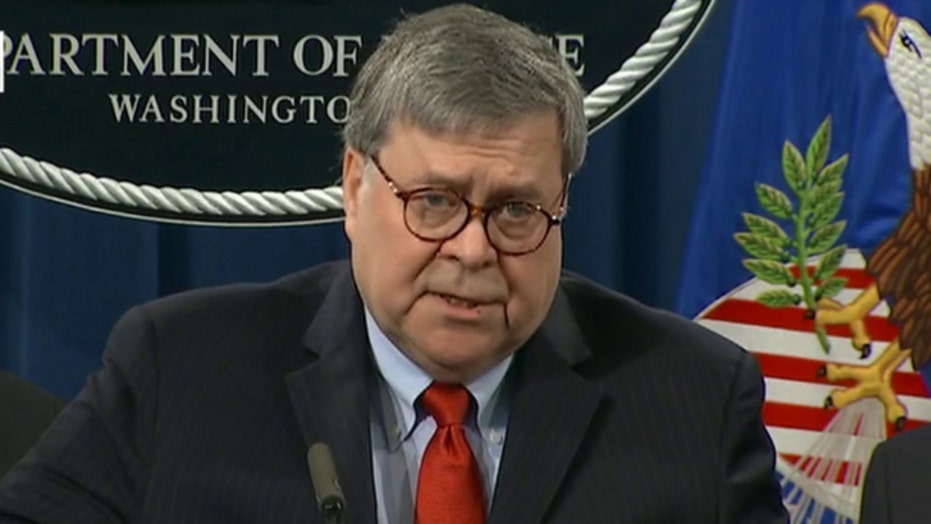 Attorney General Bill Barr confirmed Monday that the Justice Department is reviewing information about Ukraine coming to the department from President Trump's personal attorney Rudy Giuliani and others through an “intake process" to gauge its credibility.

“The Justice Department has the obligation to have an open door to anybody who wishes to provide us information that they think is relevant,” Barr told reporters. “But as I did say to Senator [Lindsey] Graham ... we have to be very careful …with respect to any information coming from the Ukraine.”

Barr went on to explain that there are “a lot of agendas” in Ukraine and “a lot of cross currents.”

“We can’t take anything we receive from the Ukraine at face value,” Barr said. “For that reason, we had established an intake process in the field so that any information coming in about Ukraine could be carefully scrutinized by the department” to assess its credibility.

He added: “And you know, that is true for all information that comes to the department relating to the Ukraine, including anything Mr. Giuliani might provide.”

Over the weekend, Senate Judiciary Committee Chairman Lindsey Graham, R-S.C., described the Justice Department’s methods for verifying information gathered in Ukraine by Giuliani, who has claimed to have information related to former Vice President Joe Biden and his son Hunter Biden. 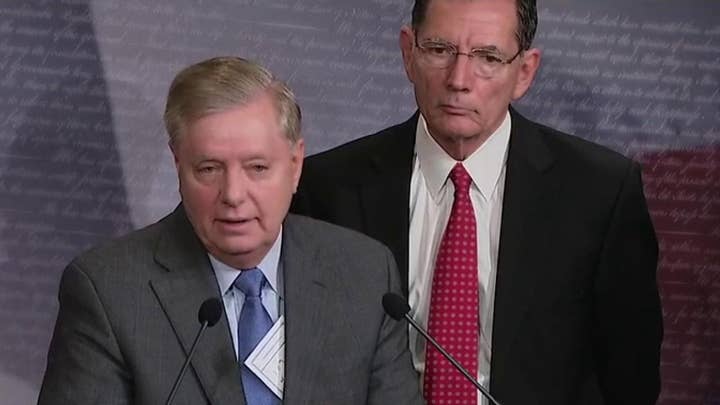 Giuliani for months has focused on the circumstances surrounding Hunter Biden’s past board position with Ukrainian natural gas firm Burisma Holdings and his father Joe Biden’s role in ousting a prosecutor who had been looking into the firm’s founder.

The impeachment of Trump -- which ended last week in his acquittal -- focused largely on his efforts to press Ukrainian President Volodymyr Zelensky to investigate that issue. The president’s request came after millions in U.S. military aid to Ukraine had been frozen, which Democrats argued showed a “quid pro quo” arrangement. Trump denied it.

While the impeachment trial is over, both parties continue to investigate the underlying issues.

Graham, on CBS News’ “Face the Nation” on Sunday, said that the DOJ has “created a process that Rudy could give information and they would see if it’s verified.”

Graham did, though, warn that the information collected by Giuliani needed to be given to the Justice Department “because it could be Russian propaganda.”

Last month, Giuliani teased that he would reveal evidence of “shocking new crimes” in the coming weeks related to the Ukraine controversy. Giuliani also made claims about supposed bribes concerning the Bidens.

The timeline of the Justice Department’s review of Giuliani’s Ukraine information is unclear at this point.

Last week, the Senate voted to acquit the president on both impeachment charges against him—abuse of power and obstruction of Congress.