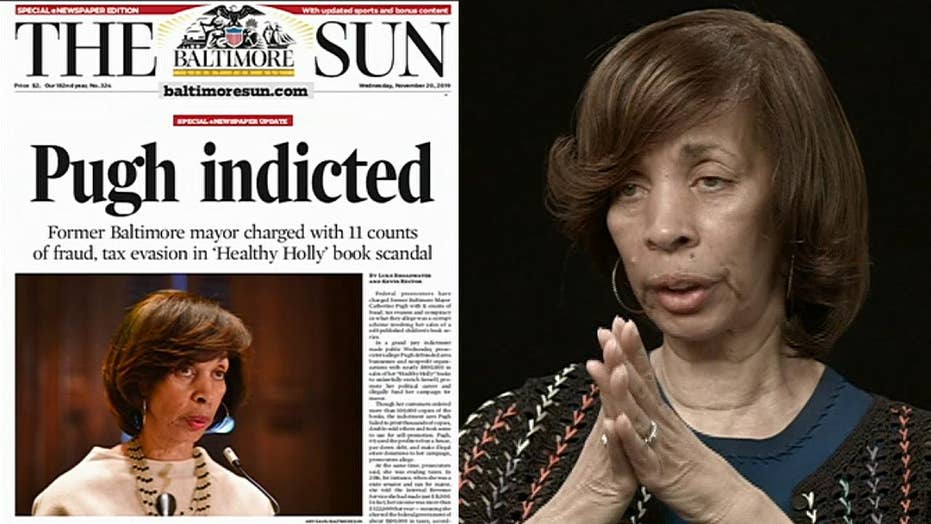 Catherine Pugh, a former mayor of Baltimore who is scheduled to be sentenced Thursday following her conviction on federal tax evasion and conspiracy charges, apologized for her crimes in a 13-minute video that went public Wednesday.

“I accept responsibility,” Pugh says in the video, which is one of the materials being reviewed by the judge who will determine her punishment, according to Baltimore’s FOX 45.

“I accept total responsibility. I pled guilty and I’m sorry. I don’t know any other words that could be strong. I am so sorry,” Pugh says.

“I accept total responsibility. I pled guilty and I’m sorry. I don’t know any other words that could be strong. I am so sorry.”

The former mayor, who will turn 70 on March 10, resigned last May after taking an indefinite leave of absence a month earlier, claiming health problems, as pressure mounted on her following allegations that she profited from questionable sales of large quantities of the “Healthy Holly” children’s books she authored.

She was ultimately indicted last November on 11 counts of charges that included tax evasion, conspiracy and fraud, and pleaded guilty to four charges the following day.

The collapse of Pugh’s mayoralty was another black eye for Baltimore, a crime- and poverty-plagued city that saw a previous mayor, Sheila Dixon, resign in 2010 after her conviction on embezzling gift cards intended for poor people.

Dixon later tried to regain the mayor’s office after completing her probation but was defeated by Pugh in the city’s 2016 Democratic primary. The mayor who served between Dixon and Pugh – Stephanie Rawlings-Blake – decided not to seek re-election in 2016, following a tumultuous term that included criticism for her handling of riots in the city in reaction to the death of Freddie Gray, a black man who died while in police custody.

According to authorities, Pugh received $500,000 from the University of Maryland Medical System, where she was a board member, for 100,000 copies of her books, but there was no contract, and the system described some of the purchases as “grants" in federal filings. She returned her most recent $100,000 payment and described the deal as a “regrettable mistake.”

Health care provider Kaiser Permanente also disclosed that it had paid Pugh's Healthy Holly LLC about $114,000 between 2015 and 2018 for about 20,000 copies of her books. Pugh oversaw Baltimore's spending board in 2017, when the city awarded a $48 million contract to the Kaiser Foundation Health Plan for the Mid-Atlantic States Inc.

“I messed up. I really messed up,” Pugh says in the video, according to The Baltimore Sun.

The video also includes biographical details about Pugh, as well as statements from others who defend Pugh’s character. Among them are the late U.S. Rep. Elijah Cummings, who made his remarks at Pugh’s mayoral inauguration. (Cummings died last October at age 68.)

Prosecutors have recommended a sentence of five years in prison for Pugh, according to FOX 45.