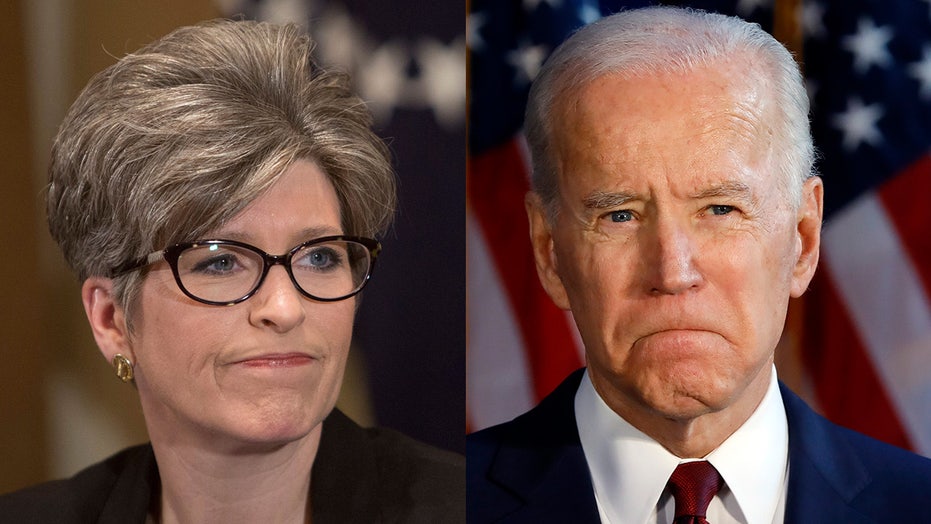 Joe Biden sits near the top of most polls ahead of the first-in-the-nation Iowa caucuses, and his campaign is hoping for a win that could help propel Biden to the Democratic nomination and later the White House -- but one Republican senator from the Hawkeye state is already talking about impeaching the former vice president if he gets there.

Sen. Joni Ernst, R-Iowa, told Bloomberg News on Sunday that Republicans could impeach Biden for his dealings in Ukraine, specifically his handling of foreign policy with the country as his son, Hunter, was on the board of the Ukrainian gas company Burisma Holdings. Her comments come just before her constituents go to the polls Monday to cast the very first votes of the 2020 presidential election cycle.

"I think this door of impeachable whatever has been opened," Ernst said in an interview, according to Bloomberg News. "Joe Biden should be very careful what he’s asking for because, you know, we can have a situation where if it should ever be President Biden, that immediately, people, right the day after he would be elected would be saying, 'Well, we’re going to impeach him.'"

Sen. Joni Ernst, R-Iowa, walks in the U.S. Capitol on the first full day of the impeachment trial of President Donald Trump on charges of abuse of power and obstruction of Congress in Washington, Tuesday, Jan. 21, 2020. (AP Photo/Manuel Balce Ceneta)

KARL ROVE'S ADVICE TO TRUMP FOR SOTU ADDRESS: 'THE LESS SAID ABOUT IMPEACHMENT, THE BETTER OFF'

Ernst claimed that Biden would be accused of "being assigned to take on Ukrainian corruption yet turning a blind eye to Burisma because his son was on the board making over a million dollars a year."

Biden and his son Hunter found themselves caught up in the Trump impeachment proceedings because Trump specifically asked Ukrainian President Volodymyr Zelensky to investigate the pair during a July 25 phone call between the two leaders, which was at the heart of the impeachment investigation into Trump. The president is accused of holding almost $400 million in military aid to Ukraine as leverage to get Zelensky to announce investigations that would have allegedly been helpful to Trump in his reelection bid.

But Trump is almost certain to be acquitted by the Senate later this week after the body voted Friday not to hear witness testimony or subpoena additional documents in its trial of Trump after the House of Representatives impeached him for abuse of power and obstruction of Congress.

At a press conference last week, Ernst intimated that her constituents should take note of how often Biden was coming up in impeachment proceedings.

"Iowa caucuses are this next Monday evening and I'm really interested to see how this discussion today informs and influences the Iowa caucus voters, those Democratic caucus-goers," she said. "Will they be supporting Vice President Biden at this point?"

In response, Biden said Ernst and Trump are "scared" that Republicans may have to face a Democratic ticket with him at the top come November.

Ernst's comments also come as Republicans cite the partisan nature of Democrats' impeachment of Trump -- specifically that there were some calling for Trump to be impeached before he was even inaugurated and before the Ukraine scandal happened -- as one reason they are opting not to remove him from office.

Sen. Lisa Murkowski, R-Alaska, whose commitment to vote against witnesses Friday gave Republicans their 51st vote on the issue, guaranteeing the result, alluded to that dynamic in a statement explaining her vote.

"Given the partisan nature of this impeachment from the very beginning and throughout, I have come to the conclusion that there will be no fair trial in the Senate," she said. "I don’t believe the continuation of this process will change anything. It is sad for me to admit that, as an institution, the Congress has failed."

Iowans will meet at their caucus locations at 7 p.m. Central Time on Monday.