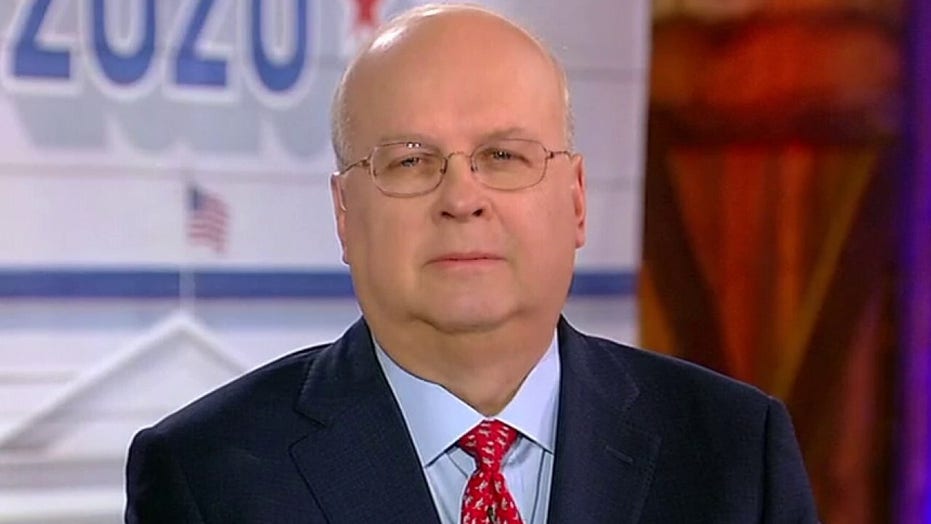 Karl Rove's advice to Trump for SOTU address: The less said, the better for the president

Fox News contributor Karl Rove says the State of the Union is a valuable moment for President Trump to focus on what he's done and what he intends to do.

Karl Rove told “Fox News Sunday” anchor Chris Wallace and the accompanying panelist that President Trump should stray from discussing impeachment during his State of the Union (SOTU) address on Tuesday, and “it is more important to herald achievements.”

“The less said about [impeachment] in the State of the Union address, the better off for President Trump,” Rove said on how he would advise Trump.

The GOP-led Senate may have blocked new witnesses from testifying, but a deal struck with Democrats to delay the ultimate impeachment acquittal vote of President Trump until Wednesday sets up a wild week ahead in politics.

On Monday, the 2020 presidential election kicks off with the first votes cast being cast in the Iowa caucuses. Meanwhile, the House Democratic impeachment managers and Trump’s defense team will return to the Senate chamber at 11 a.m. to make their closing arguments in the impeachment trial.

The White House had wanted a quick acquittal to end what they've dubbed a witchhunt. But the administration signaled that the delayed vote won’t stop Trump from delivering an optimistic nationally televised address Tuesday that celebrates his achievements.

“We’ve heard he’s going to be talking about the blue-collar economic prosperity.”

Rove, a former senior adviser to President George W. Bush who served during the day of the 9/11 terrorist attacks,  also said that Trump should discuss his plan for the remainder of his current term as president and a potential second term in the White House.

“Tomorrow night is a valuable moment for him. It is a moment where he could sort of be dismissive of the impeachment by giving it as little attention and remarks as possible and putting the focus on what he’s done and what he intends to do.”