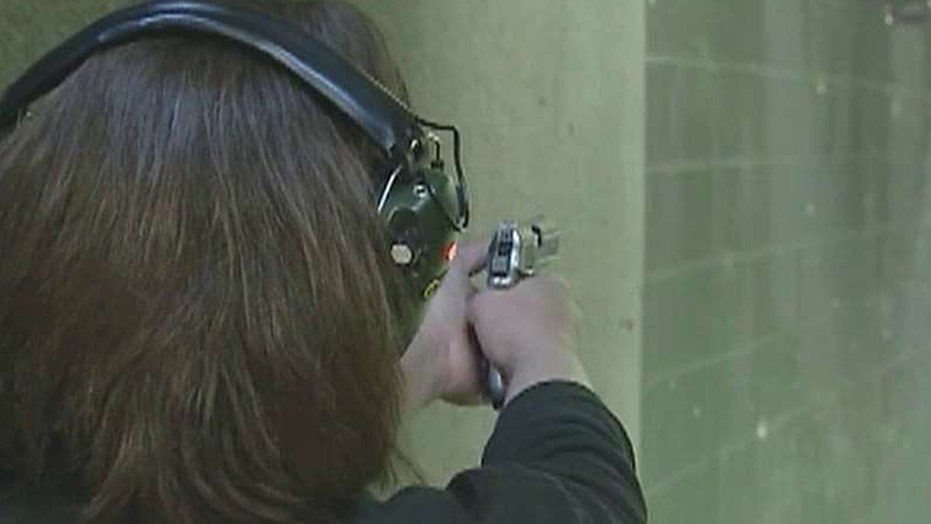 Arkansas' governor signed a sweeping gun rights measure into law on Wednesday that will allow concealed handguns at state colleges, some bars, government buildings and even the state Capitol.

The measure approved by Republican Gov. Asa Hutchinson allows someone to carry concealed handguns at the locations if they undergo up to eight hours of active-shooter training. Hutchinson chaired a National Rifle Association task force that called for trained, armed staff at schools after the 2012 elementary school shooting in Newtown, Connecticut.

POTENTIAL SHIFT IN THE BATTLE OVER GUN RIGHTS UNDER TRUMP WH

The new state law, backed by the National Rifle Association, will take effect on Sept. 1. The legislation originally was intended to only allow faculty and staff to carry concealed handguns at college campuses, but the bill expanded as it hit roadblocks in the Legislature.

A 2013 law allows faculty and staff to carry concealed guns at colleges and universities in Arkansas, but only if the schools allow it. None has opted to do so.

The new law allows concealed guns at private establishments like bars, restaurants and places of worship -- unless there are weapons prohibitions posted at the facilities. Concealed handguns are still banned at K-12 schools, courtrooms and prisons.

It also prohibits concealed handguns from disciplinary hearings on campus grounds. Private colleges and universities that do not want to allow concealed carry on their campuses must post notices with that designation.