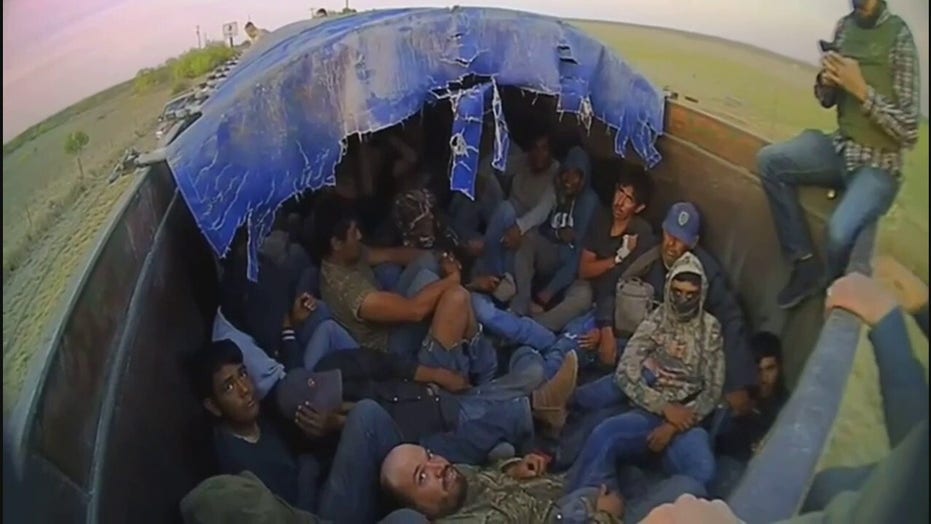 Texas Department of Public Safety officers found 76 migrants being smuggled inside a trailer in Dimmit County, Texas, Thursday, March 31, 2022. The suspected driver is a Honduran national who was in the U.S. illegally and was arrested for human smuggling, the Texas DPS said.

FIRST ON FOX: Border Patrol agents are seeing significant increases in migrant traffic all along the southern border, with one Arizona sector seeing a massive 579% increase over the last fiscal year.

Border Patrol in Yuma Sector has seen 154,116 migrant encounters so far this fiscal year, which started in October. That’s a 579% increase over the same period last year, according to information provided by a Department of Homeland Security (DHS) source.

62,000+ ILLEGAL IMMIGRANTS GOT PAST BORDER PATROL AGENTS IN MARCH: SOURCES

Meanwhile, in the Del Rio Sector the site of the Haitian migrant crisis in September, agents there have experienced a 179% increase in encounters -- 198,482 migrants so far this fiscal year.

Dec. 9, 2022: A U.S. Border Patrol agent speaks with immigrants before transporting some of them to a processing center in Yuma, Arizona. (Photo by John Moore/Getty Images)

The information tracks with what Border Patrol Chief Raul Ortiz said earlier this week when he told a border security conference that "every sector is busier than they were back in ‘21." There he said that the U.S. was on track to hit one million encounters in the first six months of the fiscal year.

Meanwhile, multiple sources told Fox News that there were more than 8,000 migrant encounters on Friday, an increase from the average of 7,000 a day agents have been seeing recently.

Those numbers are expected to increase with the Biden administration’s announcement on Friday that it intends to end the use of the Title 42 public health order in May. That order has been used to quickly expel more than half of the migrants encountered at the border.

Republicans, Democrats and administration officials have said that they expect the move to increase the number of people hitting the border -- leading to concerns about a surge that could easily eclipse last year’s massive numbers.

The Biden administration has said it has a plan in place to deal with the influx.

DHS Secretary Alejandro Mayorkas on Friday claimed that DHS has "put in place a comprehensive, whole-of-government strategy to manage any potential increase in the number of migrants encountered at our border." 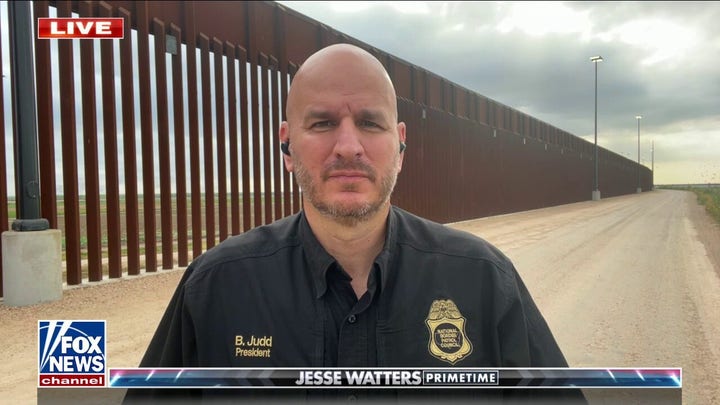 "We are increasing our capacity to process new arrivals, evaluate asylum requests, and quickly remove those who do not qualify for protection," he said in a statement. "We will increase personnel and resources as needed and have already redeployed more than 600 law enforcement officers to the border. We are referring smugglers and certain border crossers for criminal prosecution. Over the next two months, we are putting in place additional, appropriate COVID-19 protocols, including ramping up our vaccination program."

But Border Patrol agents have expressed skepticism that they can prepare for what DHS has estimated could be potentially up to 18,000 migrants a day, even as they are already overwhelmed and overcrowded with the numbers that are already at the border.

YUMA, ARIZONA - DECEMBER 07: Immigrant men from many countries are taken into custody by U.S. Border Patrol agents at the U.S.-Mexico border on December 7, 2021 in Yuma, Arizona. (Photo by John Moore/Getty Images) (Getty Images)

"If there's a strategy in place, we haven't seen it, it hasn't been disseminated to us and there's no way you can prepare in a month and a half for what is expected to be a mass illegal migration crisis," Brandon Judd, head of the National Border Patrol Council, told Fox News Digital this week. "The only thing this administration is going to be able to do is just release people on a mass scale, that’s it, that’s all they can do."