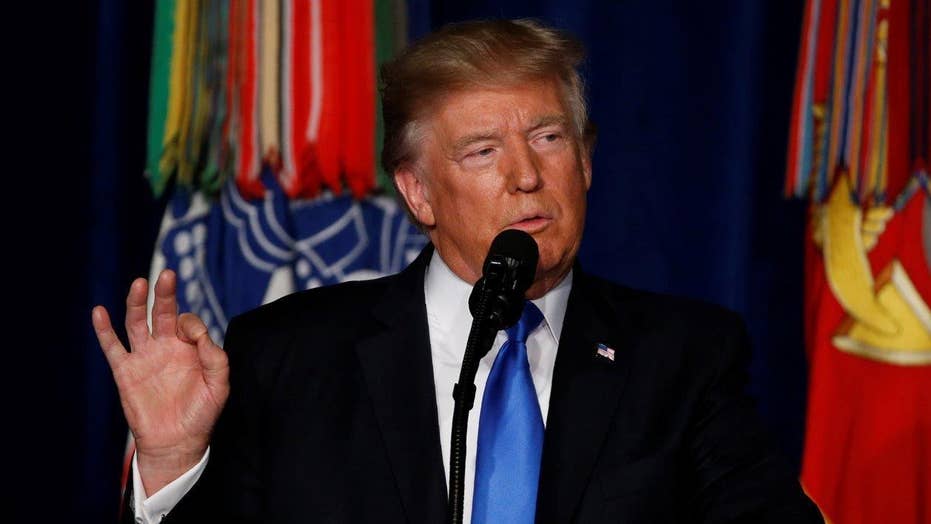 Trump: Our nation must seek an honorable, enduring outcome

President Trump touted the United States military on Monday night as a “special class of heroes” who are “unmatched in history,” at the top of his address slated to unveil the administration’s Afghanistan policy.

After more than a week of stark racial and cultural divide, the president opened his address to an audience of more than 2,000 at Fort Myer Army Base in Arlington, Va., with a softer tone, calling for unity.

“Our country needs to unify, to heal and to remain one nation under God. The men and women of our military operate as one team with one shared mission and one shared sense of purpose,” the president said. “They transcend every line of race, ethnicity, creed and color to serve together and sacrifice together in absolutely perfect cohesion.”

The president’s remarks came nine days after the violence at a white supremacist rally in Charlottesville, Va., where a counter-protester was killed in a car attack. The president took heat for repeatedly blaming “both sides” for the clashes at the rally that featured swastikas and neo-Nazi garb and chants, and counter-protesters.

“All service members are brothers and sisters, all part of the same family – the American family,” Trump said. “They take the same oath, fight for the same flag, and live according to the same law. They are bound together by common purpose, mutual trust and selfless devotion to our nation and to each other.”

The president also came under fire last month after tweeting his intention to ban transgender people from serving in the U.S. military in any capacity.

But Monday evening, the president spoke in a unifying voice, saying that “when we open our hearts to patriotism, there is no place for bigotry and no tolerance for hate.”

“When one part of America hurts, we all hurt. And when all citizens suffer an injustice, we all suffer together,” Trump said. “Loyalty to our nation demands loyalty to each other. Love to America requires love for all of its people.” 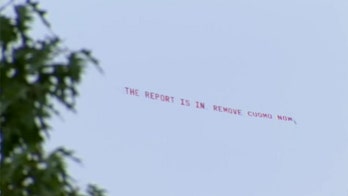