The American Civil Liberties Union is criticizing the Biden administration’s new guidance for arrests and deportations by Immigration and Customs Enforcement, calling it a "disappointing step backward."

"The memo is a disappointing step backward from the Biden administration’s earlier commitments to fully break from the harmful deportation policies of both the Trump and Obama presidencies," Naureen Shah, ACLU senior advocacy and policy counsel, said in a statement.

The civil rights group is reacting to a new memo issued this week which tells ICE officers to focus on three categories of immigrants: those who pose a threat to national security; those who have crossed the border since Nov. 1; and those who committed "aggravated felonies."

The directive is temporary, lasting three months, until the Department of Homeland Security can issue further guidance.

Officials said the guidance does not explicitly prevent anyone from being arrested or deported. Instead, it directs resources at certain targets. However, field officers seeking to arrest someone outside of those three categories would need approval from their chain of command.

"By focusing our limited resources on cases that present threats to national security, border security, and public safety, our agency will more ably and effectively execute its law enforcement mission," ICE Acting Director Tae Johnson said in a statement. "Like every law enforcement agency at the local, state, and federal level, we must prioritize our efforts to achieve the greatest security and safety impact."

Meanwhile, if officers wish to detain an illegal immigrant outside those categories, they will need pre-approval from the chain of command.

While the memo is expected to lead to a significant drop in arrests, for left-wing groups it is not what they hoped for, either. Biden had campaigned a 100-day pause of deportations, but his administration’s move to implement such a measure has been blocked in response to a lawsuit from Texas.

The ACLU statement said the guidance continues to give ICE discretion to "conduct operations that harm our communities and tear families apart." 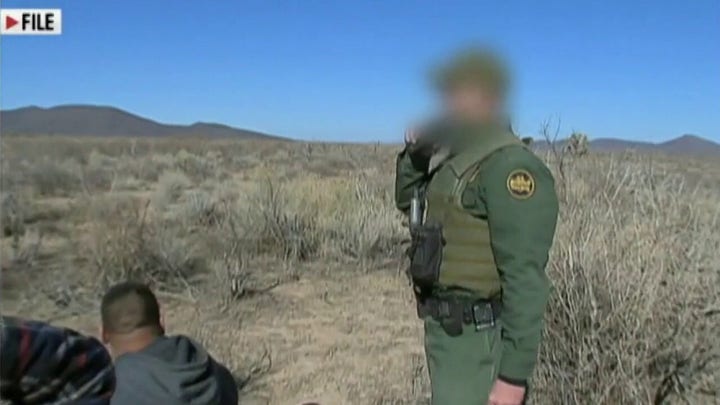 "The interim enforcement priorities detailed today import the injustices of the criminal legal system and will lead to continued disproportionate deportations of Black and Brown immigrants," the statement said, while accusing the priorities of using "overbroad" presumptions of threats and presuming all border crossers are threats.

"We expect better from the Biden administration, and believe that the next 90 days will continue to reaffirm the need to force ICE to downscale its operations, including by ending ICE programs that tap state and local law enforcement for immigration enforcement such as the 287(g) program and the use of ICE detainers," Shah said, before calling on the administration "to put real limits on ICE."

The reaction shows the difficulty Biden likely faces in satisfying left-wing groups on the question of illegal immigration and related areas -- some of whom have called to abolish ICE entirely -- even as he pushes radical reversals of Trump-era policies that have led to fears that it will stoke a new crisis on the southern border.

Biden has already ended the Trump travel bans, stopped the construction of the border wall, ended Trump orders on "catch and release" and moved to roll back the Migrant Protection Protocols (MPP).

This week, asylum seekers kept in Mexico under the program started to be processed into the U.S. Meanwhile, Customs and Border Protection has resorted to releasing detained migrants in the U.S. , something it hasn’t done since 2019.

Biden and congressional Democrats have introduced a sweeping immigration bill that would give a pathway to citizenship for an estimated 11 million illegal immigrants in the U.S.

Republicans have been sounding the alarm on what they view as a brewing crisis fanned by the White House.

"In addition to his reckless policies and executive actions, President Biden’s rhetoric relating to amnesty for millions of illegal aliens and gutting interior enforcement priorities is leading to a perfect storm on the southwest border," Republicans on the House Oversight Committee said in a letter to DHS Secretary Alejandro Mayorkas this week. "Without a radically different approach, a health, security, and humanitarian crisis is inevitable."