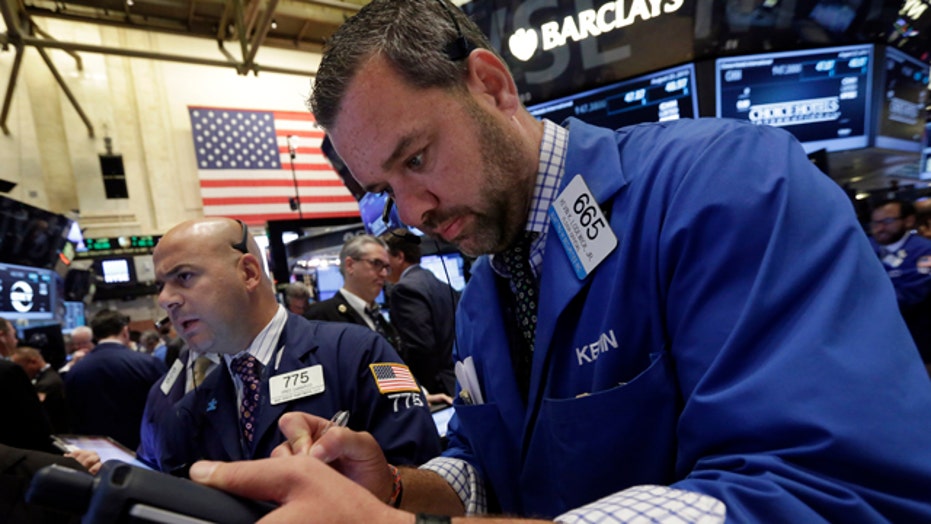 The Wall Street rollercoaster over China’s economic convulsions has seized the attention of 2016 presidential candidates, who are using the chaos to send a tough message to Beijing – and ridicule the White House over plans to host and toast President Xi Jinping at a state visit next month.

Wisconsin Gov. Scott Walker went so far as to demand the cancellation of Xi’s upcoming visit, saying President Obama “should focus on holding China accountable over its increasing attempts to undermine U.S. interests” through cyberattacks and “state interference” in its own economy.

“There's serious work to be done rather than pomp and circumstance. We need to see some backbone from President Obama on U.S.-China relations,” Walker said in a statement.

The markets appeared to be bouncing back Tuesday after an historic day of volatility, during which research firm Wilshire Associates said U.S. stocks lost about $925 billion in value.

But the shock from Monday’s slide was enough to bring China to the forefront of a race that has focused intensely on illegal immigration and other issues in recent weeks. Republican presidential front-runner Donald Trump was among the first to jump on the China-related market chaos, pointing to the turbulence as proof the U.S. is too tangled up with China’s economy.

Trump has long focused on China’s currency manipulation and trade dominance, even before he entered the race, and the market volatility has allowed him to return to that message on the campaign trail.

“We're tying ourselves so closely to Asia … and not only now have they taken our jobs and they are taking our base and they have taken our manufacturing, but now they are pulling us down with them,” Trump told Fox News. “Now it's gotten to a point they have devalued their currency to take even more from us.”

He noted the currency devaluation has helped China compete to make far cheaper goods, but they’ve also “built a monster bubble” along the way.

Trump, too, rapped Obama for the state visit plans.

“I would not be throwing [Xi] a dinner. … I would get him a McDonald's hamburger and say ... we have to get down to work because you can't continue to devalue,” he said.

The unrest in the markets is tied to investor worries over the prospect of a slump in the world’s second-biggest economy.

This year, the International Monetary Fund expects China's economy to grow 6.8 percent, which would be its weakest peace since 1990. China is trying to engineer a daunting transition -- from overheated growth based on exports and often-wasteful investment to slower growth built on consumer spending.

Beijing had cushioned its economy during the 2008-2009 financial crisis by ordering state-owned banks to ply companies with loans to build roads, houses and factories. But this led to more corporate debt. Chinese authorities also made the misguided decision to talk up stock prices, encouraging inexperienced investors to buy shares. Stocks rose to unsustainable levels and then crashed.

The latest trouble started Aug. 11, when Beijing unexpectedly devalued China's currency, the yuan. Skeptics worried that the devaluation was instead a desperate move to bail out China's struggling exporters.

Economist and former Reagan adviser Art Laffer, though, urged the U.S. government not to make any rash moves and stressed that, on balance, China is good for the American economy.

“Without China there is no Walmart, and without Walmart there is no prosperity,” Laffer told Fox News. “Get the government’s hands off the economy, and you will see the U.S. boom like never before.”

But Trump wasn’t the only presidential candidate warning of China’s influence.

“If the Chinese get a cough, we get the flu,” New Jersey Gov. Chris Christie said at a town hall meeting in New Hampshire Monday, saying the economies are closely intertwined and the U.S. owes too much debt to China.

Carly Fiorina, who often cites her business background as former HP CEO, told Fox Business Network she had actually been expecting a “correction” in the markets, blaming both the American and Chinese economies.

“There’s no doubt that China has some real issues in front of it and the devaluation of the yuan as well as the huge selloff in their markets spell trouble ahead, so I think it’s justified,” she said, while also questioning the Federal Reserve’s meddling in the economy.

Like Trump, Fiorina argued the U.S. actually has leverage over China.

“The truth is that we are the biggest single contributor to Chinese growth. We are their largest market. Our companies have provided technology for them which have helped lift people out of poverty,” she said.

On the Democratic side, the protectionist messages of candidates like Sen. Bernie Sanders could also find a broader audience amid the economic turmoil. In recent days, he’s fired criticism at both free trade policies and Wall Street itself.

As for the upcoming state visit, White House Press Secretary Josh Earnest said Monday that economic relations between China and the U.S. “have long been a priority for our two countries” and, “Certainly there will be continued discussion about China’s efforts to move towards a more market-determined exchange rate for their currency.” 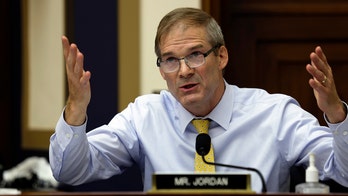 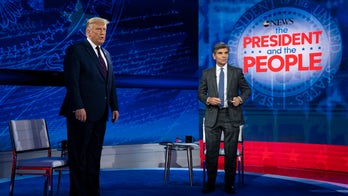