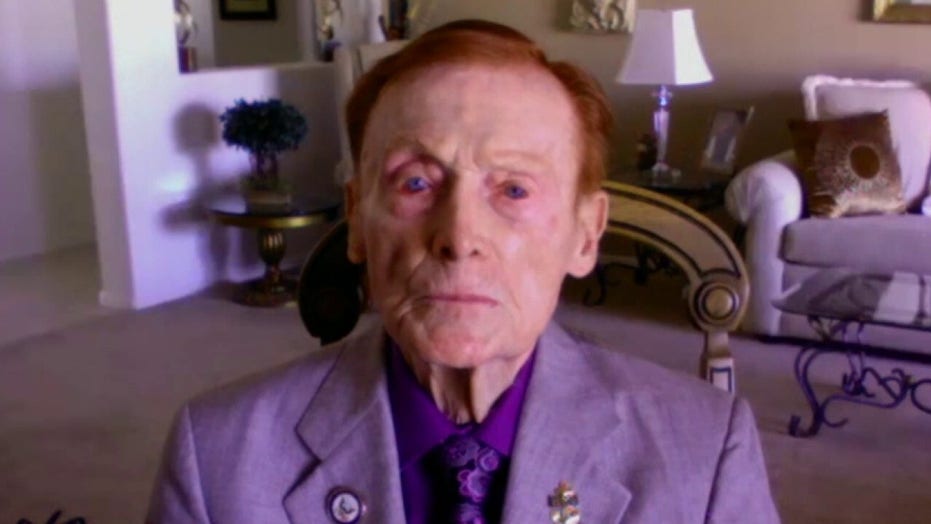 As the world continues to wage war on the coronavirus, Wednesday marks the end of another far deadlier global war exactly 75 years ago. On Sept. 2, 1945, America accepted the surrender of Japan to end World War II, following the devastating U.S. attacks on the cities of Hiroshima and Nagasaki with atomic bombs.

Unfortunately, the war on the coronavirus is far from over. We are living through dark days now, just as an earlier generation did in the 1940s. And just as U.S. scientists rushed to develop atomic weapons to end World War II, medical researchers are now working to develop a vaccine and treatments to defeat the coronavirus.

NEWT GINGRICH: CHAOS AT HOME AND THREATS ABROAD CAN BE BETTER DEALT WITH BY STUDYING EISENHOWER

Horrific as that death toll is, it is dwarfed by the global death toll of World War II, which has been estimated at 70 million to 85 million people, including nearly 292,000 members of the U.S. military killed in combat.

For America, World War II ended after 1,364 days, five hours, and 44 minutes. As the agonies of coronavirus drag on, it’s important to remember that the same American grit and resolve that ended our war against the Axis power will prevail against the killer virus. We don’t know when we will defeat our current invisible enemy, but defeat it we will.

Along the way, America became the arsenal of democracy. Technology developed for the war —including radar, computers, missiles and undersea phone lines — went on to reshape our world.

But from the start, winning World War II was more than just a military victory. The millions of Americans overseas saw brutality up close. From the Bataan Death March to the horrors of Nazi concentration camps like Auschwitz and Buchenwald, the “greatest generation” faced evil on an almost unimaginable scale up close. They wanted to win and to build a better world after the war.

This hope and ambition for a better world kept Americans going and fueled their resolve. Grit mixed with hope.

Unavoidably, the cost of the war fell disproportionately on America’s young people.

World War II was won by young men like Army Air Forces 2nd Lt. Lloyd Hughes, age 23, who flew his B-24 bomber through a wall of fire to bomb the Nazi oil supply at Ploesti on Aug.1, 1943.

And while the war against the Axis Powers in World II was very different from the war on the coronavirus, we must fight on in our current battle as well until victory is ours

In France, 19-year-old Army 2nd Lt. Audie Murphy singlehandedly fought off six German tanks and several hundred infantrymen with a .50-caliber machine gun on top a burning U.S. tank destroyer vehicle on Jan. 26, 1945. Murphy enlisted in the Army early in the war when he was underage, but lied about how old he was. He earned every military combat award the Army had, won a battlefield promotion to become an officer, and went on to star in movies after the war.

Navy Cmdr. Ernest Evans, age 36, died at the Battle off Samur on Oct. 25, 1944. He was severely wounded when he went to the fantail of his crippled destroyer to turn the rudder by hand, placing the USS Johnston between the attacking Japanese fleet and U.S. aircraft carriers, until his ship sank.

All four men were awarded the Medal of Honor. Only Murphy survived.

Today only about 389,000 American World War II veterans are still alive, as the greatest generation passes on. The war waged before most of us were born is now such a familiar part of our history that the Allied victory might seem like a foregone conclusion. Not so. There was not a straight path to victory.

By Sept. 2, 1945, the time had come to forge something worthwhile out of the terrible struggle. But the fight for freedom didn’t stop when the Japanese surrendered on the USS Missouri in Tokyo Bay,

To Army Gen. Douglas MacArthur, who accepted the Japanese surrender, the victory left America with an ongoing obligation.

“It is my hope,” MacArthur said in the surrender ceremony, “that from this solemn occasion a better world shall emerge out of the blood and carnage of the past, a world founded upon faith and understanding, a world dedicated to the dignity of man and the fulfillment of his most cherished wish for freedom, tolerance and justice.”

American wartime grit and hope led directly to a willingness to continue to be the world’s leader.

And America is still resolved to fight for freedom.

And while the war against the Axis Powers in World II was very different from the war on the coronavirus, we must fight on in our current battle as well until victory is ours. In time, we will have a vaccine. We will have treatments. And like World War II, our war against the coronavirus will become a distant memory, known to future generations only from history books.