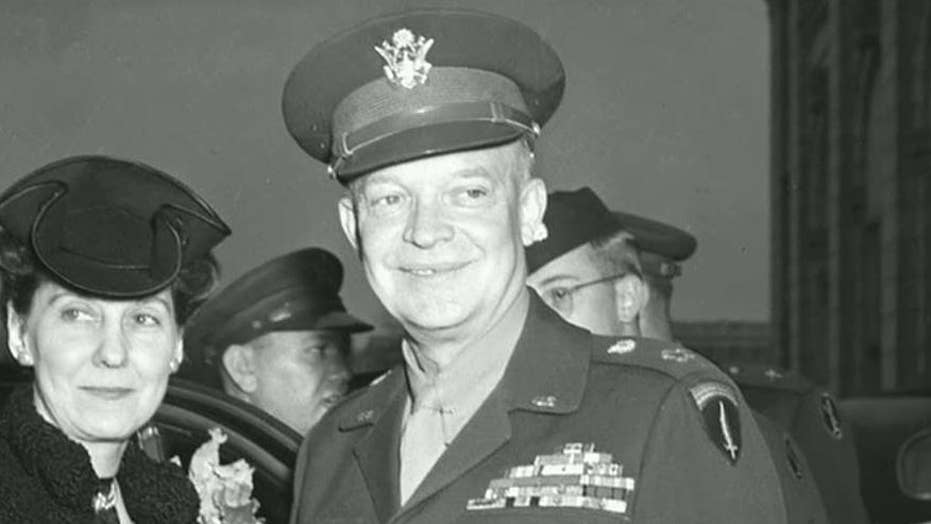 General Eisenhower's granddaughter gives inside look into his D-Day service

At a time when political partisanship is undermining national unity, strong leadership is crucial. This is especially true as the U.S. enters a new era of competition with the Chinese Communist dictatorship — a rivalry that will determine whether our grandchildren live in a world that is free and prosperous or cruel and oppressive.

Add serious threats from Russia, Iran, North Korea and Islamist terrorists, and it becomes clear how important political and military leadership is going to be.

Sometimes on my podcast “Newt’s World,” I take a deep dive into the lives of “immortals” of American history — men and women of unmatched courage and accomplishment. On this week’s episode, I discuss President Dwight D. Eisenhower.

VAN HIPP: IN CORONAVIRUS BATTLE, HERE’S WHAT DWIGHT EISENHOWER WOULD DO

Few people provide a better model of leadership for our current moment than Eisenhower. He was honest, patriotic, incredibly practical, always willing to work hard, and able to relate to everyday people no matter how powerful he became. These qualities will always make for a good leader, no matter the time or place.

Eisenhower’s dedicated service to our country spanned 50 years. Most famously, he served as supreme commander of the Allied Forces in Europe during World War II and later as the 34th president of the United States.

Eisenhower understood war as only a soldier could. He set in place a strategy for winning the Cold War, which future presidents followed and implemented until the Soviet Union collapsed.

Eisenhower’s prescience and his strategic understanding of science and technology in establishing the United States as a preeminent global power were essential to securing freedom for generations of Americans to come.

The five-star general was influential in bringing World War II to an end. His efforts throughout the war, especially with the planning and execution of D-Day, stopped the Nazi war machine. He also ended the Korean War and maintained active communications with the Soviet Union during the Cold War.

In order to do Eisenhower’s life justice, this episode is Part One of a three-part series on his life. I begin by focusing primarily on his military career right up until D-Day, which I argue is perhaps the single most complicated thing that humans have ever done.

I hope you will listen to this week’s episode to learn about one of the most important military careers in American history — a career that did nothing less than help save Western civilization. And I also hope you will listen to my next episode, set to air Tuesday, when I speak to Lee Smith about his new book, “The Permanent Coup.”