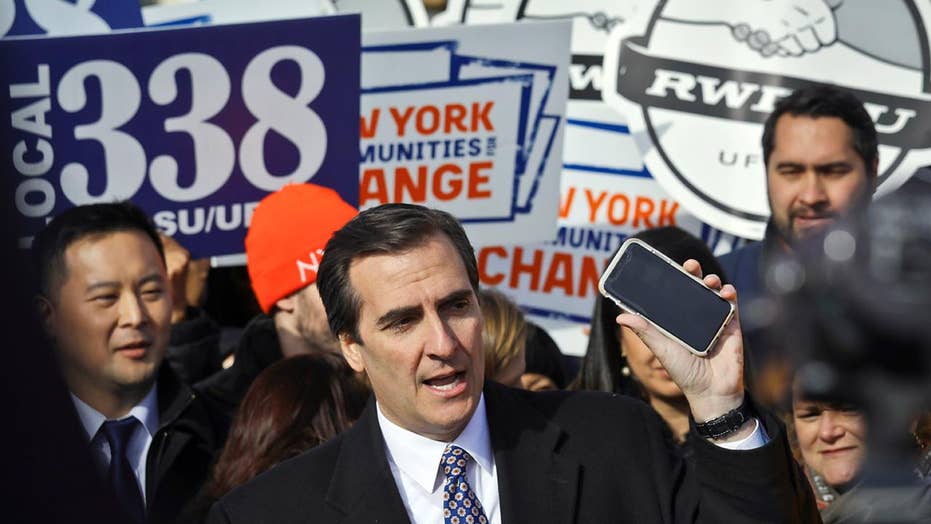 Let’s stipulate that Amazon is a very popular company with consumers. It delivers quality goods at often amazing prices, which has led to it hitting a market worth of a trillion dollars. But taxpayers have a right to be more ambivalent as the company flexes its clout to extract tax subsidies and other privileges from state and local governments desperate to have Amazon build facilities in their backyards.

Take New York City, where Amazon is now reportedly rethinking its proposed deal to build one of its two new headquarters in Queens due to growing local opposition. Queens Congresswoman Alexandria Ocasio-Cortez is among the fiery opponents of the deal.

Her fellow Democrat, Governor Andrew Cuomo, had joked he would do everything, including changing his name to “Amazon Cuomo,” in order to close the deal. His generous subsidy package eventually won the nationwide bidding war (the second site will be in Arlington, Virginia, which offered an equally extravagant offering).

Both cities are expecting about $2.5 billion in Amazon investment and 25,000 jobs. Governor Cuomo and other New York officials will see that Amazon will receive $1.525 billion in direct tax incentives in a process that involved almost no transparency, no public comment or any independent audit of the cost of the subsidies. The New York City Council was frozen out of the process and local land use policies were ignored.

The problem with such deals is that the promised job benefits are often exaggerated, while the costs of lost tax revenue are fixed no matter what happens. Amazon claims the subsidy package it will get in New York amounts to $48,000 for each of the 25,000 jobs it will create. But guesstimates often don’t reflect the final reality. Analysts at a think tank called Good Jobs First have shown that the final average subsidy of huge corporate subsidy deals with governments amounts to an average of $658,000 per job.

Take what happened in Wisconsin, where a bungled subsidy-for-jobs deal may have contributed to the defeat of GOP Governor Scott Walker last November.

Walker and other Wisconsin officials delivered more than $3 billion in subsidies to Foxconn, a Taiwanese smartphone manufacturer, in exchange for the company building a manufacturing plant near Milwaukee. The groundbreaking took place last June and among the attendees was President Trump.

But the deal quickly began to unravel. The promise of 13,000 jobs (at a subsidized cost of more than $230,000 per job) has proven ephemeral, as Foxconn says it may now downsize the manufacturing plant into a “technology hub” that would employ fewer people and might include workers imported from Taiwan and South Korea.

Reason magazine has also reported on the human cost of the Foxconn deal. Eminent domain is already being used to displace homeowners in Mount Pleasant, Wisconsin, where Foxconn will be building. Wisconsin is turning over 1,000 acres to Foxconn without getting a penny in compensation.

Abuses such as Foxconn amount to crony capitalism and have attracted critics on both the right and the left. Ocasio-Cortez, who has made “democratic socialism” her rallying cry, is cheering the news that Amazon may back out of the deal. Last Friday, she tweeted: “Can everyday people come together and effectively organize against creeping overreach of one of the world’s biggest corporations?”

The conservative Wall Street Journal editorial page found itself in the unusual position of agreeing with Ocasio-Cortez. It called the deal Governor Cuomo struck with Amazon part of a political racket:  “Cuomo taxes New Yorkers at confiscatory levels, giving himself more money to spend. Then he turns around and takes credit for sparing powerful interests from those taxes.”

But Cuomo isn’t about to let anyone upset his apple cart. He calls attempts by New York state senators to kill the Amazon deal a form of “governmental malpractice.” He told reporters on Friday that “It’s a very small group of politicians who are pandering.”

Perhaps he might look in the mirror to discover where the largest share of shameless behavior in this matter can be found.