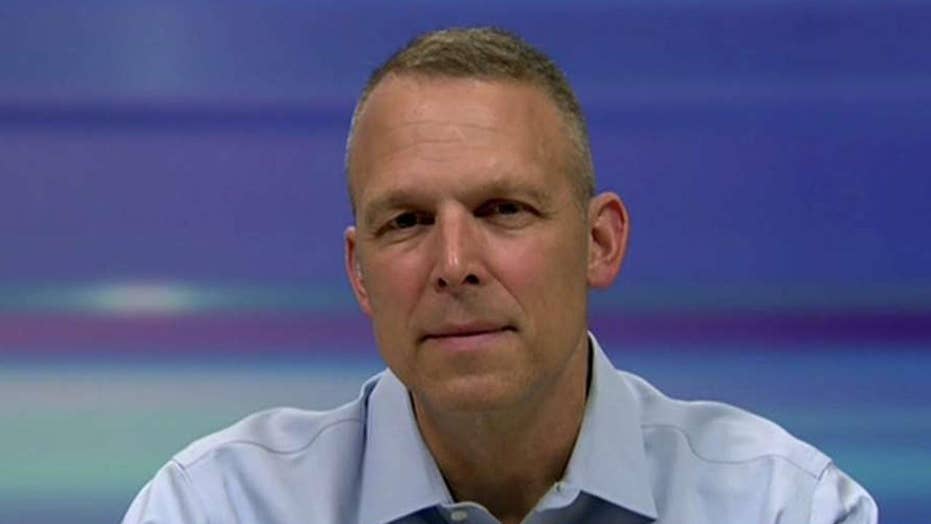 Some hope that the shooting of House Majority Whip Steve Scalise and others last Wednesday will lead to more civility in politics.  It’s clear that the attack was politically motivated — the Democratic shooter even carried a hit list of Republicans.  The political viciousness has been everywhere.

While some will blame the violence on the grotesque picture of Kathy Griffin holding the President’s severed head or a play where the president is being stabbed to death, this Sunday Jill Abramson, the former chief editor of the New York Times, told CNN that it was “President Trump and the congressional leadership on the Republican side [who] are extremely divisive.”

But all these discussions miss something more fundamental that is driving all this, and, unfortunately, the viciousness isn’t likely to abate.

One reason that previous generations didn’t treat their presidents with similar levels of hated is because so much is at stake today.   As government has grown, so too have the stakes.  This simple point explains everything from increases in campaign spending to increasingly heated judicial confirmations.  It explains why political discourse has grown generally more vicious.

As government spending has grown, so too has government influence on society. It’s only natural that people will want to spend more money on determining who wields that power.

Two baseball teams playing in the seventh game of the World Series are probably going to play a lot harder than two teams competing in August with no chance of making the playoffs. In the same way, as the size and scope of the federal government increases, interest groups will spend more on elections in an effort to influence the levers of government.

If federal spending still amounted to two percent to three percent of GDP — as it did a century ago — people likely wouldn’t care as passionately about election outcomes.

In the Journal of Law and Economics in 2000, I studied spending on gubernatorial and legislative races from 1976 to 1994.  The growth of state governments could explain almost 80 percent of the increase in campaign spending over those years.

I accounted for such factors as the number of contested races, how competitive the elections were, and whether control of the legislature was closely divided. States with the fastest-growing budgets saw the largest increases in campaign expenditures.

As government spending has grown, so too has government influence on society.  It’s only natural that people will want to spend more money on determining who wields that power.

The same argument applies to battles over judicial confirmations.  The Supreme Court — and the federal courts generally — are more powerful and more involved in our lives than they were 50 years ago. The judiciary's expanding sphere of influence is manifested by the increase in federal cases — which has far outstripped America’s population growth. Since the 1960s, the number of circuit court cases has increased from 21 per million Americans to 223 per million. Similarly, District court cases have grown over the same period from 448 to 1,252 per million Americans.

Why this growth in cases? Entirely new branches of law have come into existence relatively recently, as new federal agencies were formed.  The 1960s saw the creation of the Equal Employment and Opportunity Commission (EEOC) and the National Transportation Safety Board (NTSB). In the 1970s, many new regulatory bodies sprang up, such as the Environmental Protection Agency (EPA), Consumer Product Safety Commission (CPSC), Federal Election Commission (FEC), Occupational Safety and Health Administration (OSHA), Nuclear Regulatory Commission (NRC), and U.S. Commodity Futures Trading Commission (CFTC). Each of these organizations gave rise to a host of new, often controversial regulations that fall under the jurisdiction of federal courts. Existing agencies were also granted new regulatory powers.

It is hard to believe now, but before about 85 years ago it was not unheard of for Republican or Democratic Presidents to appoint judges from the opposing party.  After all, most judges could be expected to interpret the laws as they were written rather than tailoring them to certain political agendas. Long gone are the days when a Republican president might appoint a Democrat to the Supreme Court, as Herbert Hoover did in 1932.

My own research shows that the length of Supreme Court confirmation hearings has moved in tandem with the expansion of judicial power.  So too has the rate at which nominations are voted down.

Trump’s opponents may hate him, but they don’t realize that if he is successful in making long term cuts to government spending and regulations, he will help to assuage today's partisan rancor.