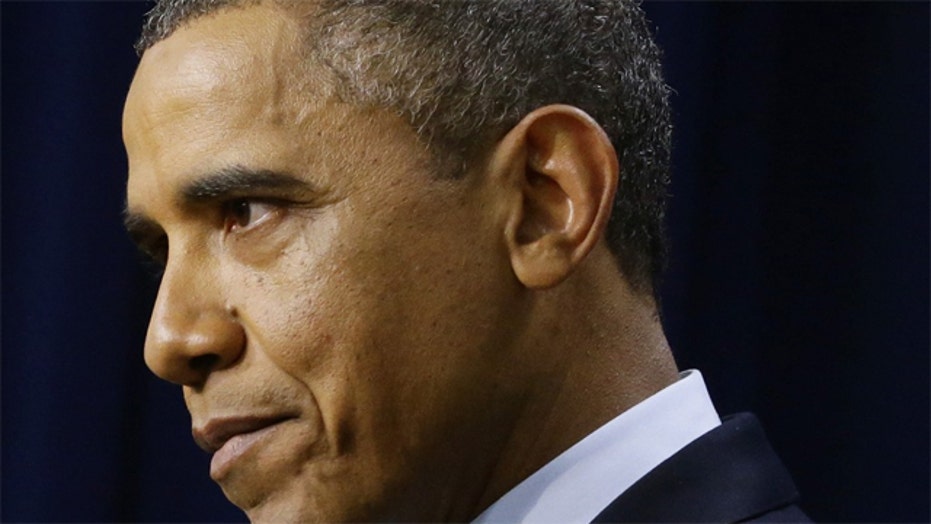 Recently, America has witnessed something we have not seen since Watergate:  The president of the United States openly admitting that he lied to the American people.

There are at least these two differences this time: First, the admission of the lie does not come at a moment when this president is facing impeachment (which would almost certainly have been true for President Nixon had he not resigned).

Second, this president still shows, in my opinion, even after his most recent mea culpa, far less remorse than President Nixon showed in the speech he made upon announcing he would leave office and in his choice to leave office.

In this case, the president lied to Americans about the Affordable Care Act, promising that passing the legislation meant they could keep their health plans and doctors, when the truth is that tens of millions of people will likely lose their health care plans and be forced to switch doctors.

That’s a really big lie, however you measure it -- whether in the tens of millions of people affected, or the hundreds of thousands of doctors, or the dozens of insurance companies, or the thousands and thousands of employers or the rerouting of billions of dollars.

Yet, the president only said he was “sorry that people are finding themselves in this situation based on reassurances they got from me.”

He didn’t say that he had profoundly violated the trust of the American people.

He didn’t say that he would search his soul for the reason he could have been so intent on passing his legislation that he promised very important things he knew he could not deliver.

He didn’t say that the rage people feel toward him is justified.

Why does it seem so easy for the president to tell such a gargantuan lie?

- In order to feel guilty about deceiving someone, an individual must have respect for that person.

- He must consider the other man or woman his equal.

- He must believe that depriving the other man or woman of the truth would be a sin because it deprives that person of free will. Because without the facts, competent people can’t make informed decisions.

And because he believes this is a nation of children who are powerless to truly decide anything knowledgably, withholding certain facts from them “for their own good,” is no different than telling the kids a few harmless lies to keep them safe and settle them down and calm their anxieties.

“This doesn’t taste bad,” a father might say to his daughter before giving her medicine, even when he knows it will.  The lie is forgivable. It’s meant to keep his little girl from being too anxious and refusing what she needs.

But tell a competent adult something tastes good when it will make him gag, and you’ll be, rightfully, seen as having deprived the person of information he deserved.

Now, he wants to be the only adult in town. He needs that much power to feel safe, because he was that disempowered and unsafe in the past. So, to him, we’re incompetents.

To him, we’re just kids who need to take our medicine. And lying is the easy and justifiable way to get the job done.