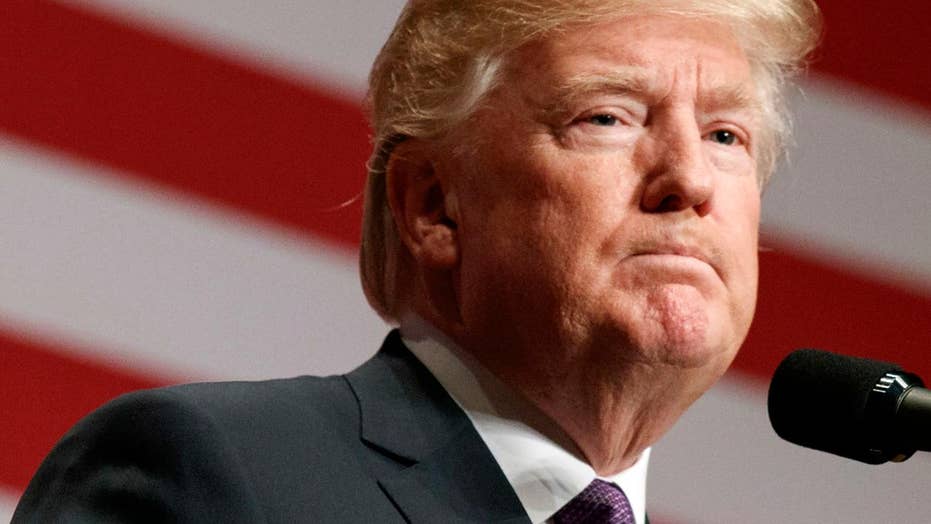 Republican Congressman Ron DeSantis of Florida is critical of the FBI's apparent reliance on the anti-Trump dossier.

Over the weekend, the New York Times offered up a new explanation for why the FBI launched its investigation into the alleged collusion between President Trump and the Russian Government.

Chalk it up to the drunken whispers of a Trump staffer.

The Times quoted four sources – some foreign, all anonymous – who claimed that Trump associate George Papadopoulos met with a Russian operative in May 2016 who told him that Moscow had thousands of embarrassing emails belonging to Hillary Clinton.

The boozed-filled Papadopoulos later shared this secret with an Australian diplomat, whose government relayed it to U.S. counterparts in July 2016.

The Times’ slight of hand from dossier to Papadopoulos is a thinly veiled effort to keep the allegations of collusion alive in the face of Trump’s demand for the “witch hunt” to come to an end.

If the Times were right, it would upend the assumed role played by the “Steele dossier” in launching the Bureau’s investigation. After all, the dossier – known to most Americans as the 35-page document alleging Trump’s treason with Moscow, along with his bawdy sexual interests – has long served as Exhibit A for proving Team Trump’s collusion.

With this latest story, however, the Times would have us dismiss the dossier as a largely unimportant footnote.

If this journalistic whiplash seems incredibly suspicious, it should. The Times’ slight of hand from dossier to Papadopoulos is a thinly veiled effort to keep the allegations of collusion alive in the face of Trump’s demand for the “witch hunt” to come to an end.

Nearly one year ago, BuzzFeed News first published the now infamous dossier. The accusations set America’s media empires on fire, with journalists on the left rushing to publish stories that claimed that the dossier was – in part or whole – true.

One of the most jaw-dropping was a January 2017 essay from the BBC – citing anonymous sources – that asserted a U.S. government task force had confirmed Moscow was in possession of kompromat (blackmail material) on Trump. The task force had also allegedly secured bank records and intercepts of conversations showing Trump and his campaign receiving secret cash and other assistance from Russian operatives.

Predictably, other like-minded outlets such as the Times, Yahoo News, Business Insider and Vox repeated the anonymously-sourced claims. It fed the growing – and alarming – narrative that Trump and his associates had actively cooperated with Russia to reach the White House.

A traitor was running the nation.

By design or effect, the Papadopoulos story kneecaps the efforts of Nunes and Graham to flesh out the history and use of the dossier.

In the many months since, media outlets have kept the allegations of the dossier alive. As late as November 2017, outlets like MSNBC and Slate continued to insist that the veracity of the dossier was still “holding up.”

Never mind that the U.S. intelligence community (IC) had long ago disagreed.

In March 2017 (and again in May), former Director of National Intelligence (DNI) James Clapper stated clearly – and under oath – that he saw no evidence of collusion between Trump officials and Russia by the time he left his post with the Obama Administration on January 20, 2017.

Contrary to the BBC report, there were no tapes of Trump with prostitutes. There were no bank records of secret Russian cash.

Translation: the Steele dossier was largely – if not completely – bunk, according to the nation’s top intelligence officer.

In the months that followed, fresh reporting revealed that the dossier was not just inaccurate but had a long, tortured history as a political opposition tool designed to prevent the election of Trump to the presidency.

These facts have not been lost on House Intelligence Committee Chairman Devin Nunes, R-Calif., and his Senate colleague Sen. Lindsey Graham, R-S.C. They have repeatedly pressed the Department of Justice (DOJ) and FBI to clarify how or if the dossier was used to launch the FBI’s investigation of Team Trump.

Why? Nunes and Graham know that if the dossier were to be confirmed as the primary driver of the Russia investigation, Trump would effectively be proven correct: political smears had launched a political witch-hunt.

The result? Special Counsel Bob Mueller’s investigation would almost certainly be over, at least in the court of public opinion. Few reasonable people would accept his findings without grave reservation.

Yet the Mueller investigation wouldn’t be the only casualty. Nunes and Graham also know that scrutiny of the dossier means scrutiny of the IC. After all, the nation’s senior spies and law enforcement officials embraced a document that even they didn’t trust.

Recall that in January 2017, intelligence officials briefed President Obama and Vice President Biden on the dossier, along with a number of other political leaders.

“What does this have anything to do with anything?”

The damage was done. By briefing the treasonous allegations to so many D.C. insiders, the senior leadership of America’s intelligence agencies virtually assured that it – and their involvement – would leak.

And leak it did. When Trump responded with fury, then-DNI Clapper quickly clarified that the dossier was not a U.S. government intelligence product and offered no judgment as to its accuracy. He would later confirm he had seen no evidence of collusion during his tenure.

Even former FBI Director James Comey – an admitted leaker and anonymous source for the Times – acknowledged that the dossier was both “salacious” and “unverified” despite a degree of investigation.

These facts are almost certainly part of why Nunes and Graham continue to push for the DOJ and FBI to come clean with the dossier’s history. And it’s why Graham has called for a new Special Counsel to investigate the handling of the aptly nicknamed “dirty dossier.”

With that fight looming, the timing and utility of the Times’ most recent report on Papadopoulos makes sense. They are effectively arguing that the dossier is no longer relevant because it was never really an important part of the investigation. Instead, they want our focus to be on Papadopoulos – a man who pleaded guilty to lying to the FBI and is cooperating with authorities.

By design or effect, the Papadopoulos story kneecaps the efforts of Nunes and Graham to flesh out the history and use of the dossier. And it will almost certainly be used as a talking point when opponents try to shut down an otherwise reasonable attempt to air the dirty laundry that is the Steele dossier.

Indeed, it’s a predictable – if disappointing – bit of political chess played by one of the nation’s most important newspapers, all because of their profound disapproval of a divisive president.

To be clear, none of this criticism of the dossier or the Times absolves Trump or his associates from the possibility of criminality during the 2016 campaign. It’s certainly possible that Mueller has or will find damning evidence on Trump or his associates that’s deserving of justice. Indeed, guilty pleas by Papadopoulos and former staffer Michael Flynn suggest it’s possible.

Additionally, the president’s refusal to firmly acknowledge Russia’s role in the 2016 election only adds to the suspicion of his loyalties.

For these reasons, even supporters of Trump – including Graham – want Mueller’s investigation to continue, albeit with haste.

And yet it’s clear to any reasonable observer that the Times is engaging in a game of political trickery with its Papadopoulos story.

Consider this: over the past year and a half, America’s media has published an avalanche of stories regarding the Russia-Trump investigation, including how and why it began. Yet not once has a single story suggested that Papadopoulos was the spark that started the political firestorm.

Unfortunately for the Times, however, the American people and members of Congress are not as gullible as they might think. Scrutiny of the dossier will not go away, no matter the inconvenient truths it may reveal. With luck, a new Special Counsel will make sure of it.