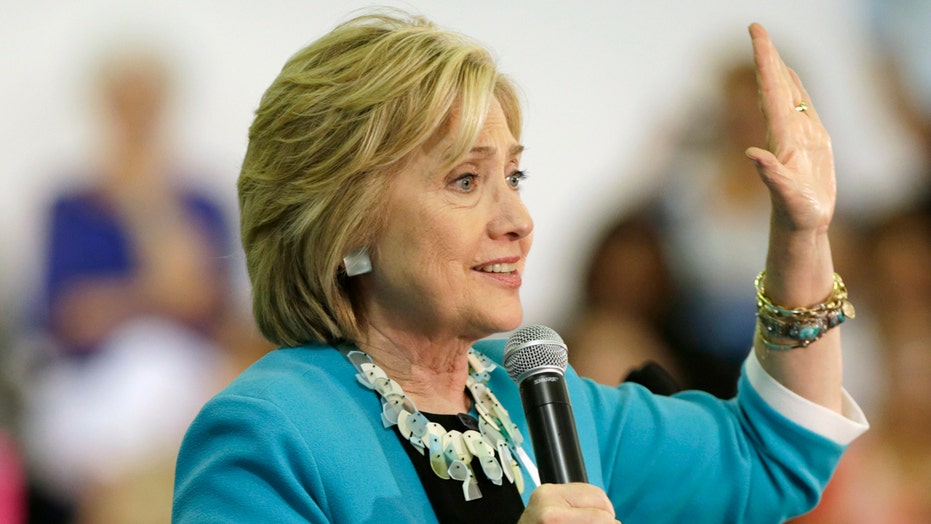 Strategy Room: Brian Morgenstern and Jessica Tarlov on whether the Democrat is trying to appease her party’s base

Americans desperately want something done about mass public shootings. Hillary Clinton took a page from President Obama’s playbook Monday, vowing that as president she will bypass Congress and use executive action to change how guns can be purchased.

She is angry that Republicans "refuse to do anything" about mass shootings.

But that isn’t accurate. Clinton isn’t the only one to speak out boldly on this topic. On Saturday, Donald Trump said: “And by the way, it was a gun-free zone. ... I’ll tell you, if you had a couple of the teachers or someone with guns in that room, you would have been a hell of a lot better off.” Others such as Sen. Marco Rubio have made a similar point.”

The Republican push has at least the virtue of potentially stopping these crimes. The Umpqua Community College in Oregon shooting shows yet another case where guns were banned. With these killers explicitly picking places where victims are defenseless, at some point it should be impossible to ignore.

Clinton may claim she cares about the poor, but poor people in the highest-crime areas benefit the most from gun ownership, and they are the people who would be priced out of owning guns for protection.

Clinton’s proposals wouldn’t have stopped these attacks. The “universal” background checks on private transfers may raise the cost of law-abiding citizens getting guns.

They wouldn’t have stopped any of the mass public shootings during Barack Obama’s presidency, including last Thursday’s in Oregon. At some point an enterprising reporter might ask Obama or Clinton to name just one of the cases they have used to push this law where the law would have stopped the attack.

Clinton is proposing three other measures:

1. Prohibiting domestic abusers and stalkers from buying and possessing guns. This sounds reasonable, but the change from existing law would allow people to have their guns taken from them without a court hearing. If people are committing crimes, they should be prosecuted for felonies or misdemeanors, but Clinton’s solution is to take away their guns even when they aren’t being prosecuted.

Roof allegedly planned his attack for at least six months, so it’s hard to believe he couldn’t have figured out some way to obtain a gun. Indeed, he stole the gun he used in this attack.

The truth is, the databases the government uses to determine eligibility for gun purchases are rife with errors.

FBI Director James Comey’s comments in July about the FBI’s background check system focus on one type of error, where someone who should have been prohibited from getting a gun wasn’t stopped. But a much more common error involves people who should be able to buy guns but are stopped.

3. Repeal the Protection of Lawful Commerce in Arms Act, which prevents the manufacturers and dealers of firearms from being held liable for crimes committed with their weapons. It might be hard to remember, but gun makers were being sued because they "specifically geared" their weapons to make them attractive to gang members. Among the offending characteristics listed are low price, easy concealability, corrosion resistance and high firepower. Suing an industry for making affordable products shows how far the liability-litigation madness has gone.

The lawsuits were simply an attempt to raise the costs of doing business and to bankrupt the companies. Hillary may claim she cares about the poor, but poor people in the highest-crime areas benefit the most from gun ownership, and they are the people who would be priced out of owning guns for protection.

Vowing to do something concrete about mass public shootings on the campaign trail may be popular. But Clinton’s proposed gun-control solutions refuse to address the obvious problem of gun-free zones and will make ultimately make Americans less safe.