With a domestic approval rating of just 38%, Joe Biden is fast becoming one of the most unpopular presidents in modern U.S. history at such an early stage of a presidency. The catastrophic Afghanistan withdrawal, a massive crisis on the southern border, and a Socialist-style big government economic agenda have all combined to disillusion American voters.

Is the leader of the free world though faring any better on the international stage? After all, Biden boasted on the campaign trail about "restoring" America’s standing and credibility across the globe after the supposedly reckless approach of the Trump era.

Yet after just nine months in office, the Biden administration is increasingly viewed as a disaster among U.S. partners, who haven’t taken kindly to being unceremoniously thrown under the bus after fighting alongside the United States in Afghanistan for nearly two decades.

Countless European officials have told me privately that they simply can’t trust the Biden presidency. Some are actually reminiscing about the Trump days, with a high degree of buyer’s remorse – even in Paris. 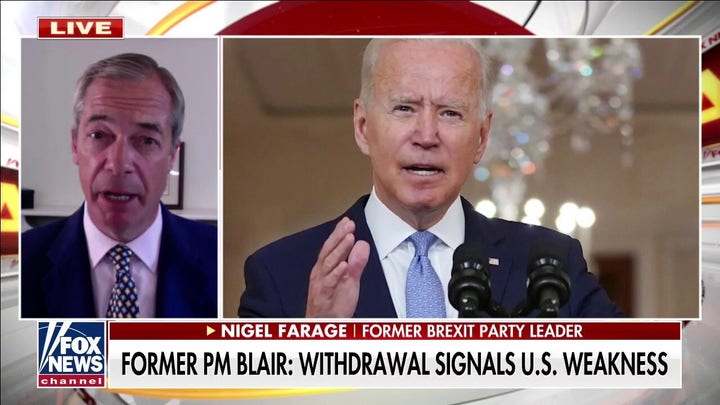 I suspect that anti-Biden sentiment in the democratic world outside the U.S. is probably highest in the U.K., where there already existed a considerable degree of skepticism even before he became president. President Trump had a significant amount of support from Brexiteers, and was seen by sections of the Conservative Party as a strong British ally.

Trump’s administration was arguably the most pro-British since the Reagan presidency of the 1980s, when the partnership between the United States and United Kingdom was at its peak. Many leading Trump officials, including Vice President Mike Pence, Secretary of State Mike Pompeo and Ambassador to the United Nations Nikki Haley were, and remain today, stalwart allies of the United Kingdom.

I have traveled twice to London in the past few weeks, meeting with dozens of officials, members of Parliament and political advisers, as well as newspaper editors, media commentators and think tank experts. I can barely recall a single positive word said about Biden and his presidency. I doubt that any American president in the modern era has been more unpopular in the U.K. with those who are directly shaping British policy.

And the condemnation of Biden is not only on the right. One senior figure in the House of Commons told me she could not think of a single MP of any party who would stand up and defend Joe Biden after what he had done to Afghanistan.

The Afghanistan debacle has been a huge game-changer in perceptions of the U.S. presidency in Britain and across the world. Not only was Biden’s reckless handling of the withdrawal the humiliation of a superpower, but it was also a massive betrayal of dozens of NATO members, who had shed blood on the battlefield and had placed their trust in the United States.

Biden’s actions were also monumentally callous, throwing 38 million Afghans to the murderous Taliban. How can Biden now, with a straight face, claim his presidency stands up for human rights when tens of millions of Afghan women have been sentenced to a life of servitude under a vicious and barbaric Islamist dictatorship?

Beyond Afghanistan, there are many more areas where Biden’s words and actions have upset America’s closest friends across the Atlantic.

Beyond Afghanistan, there are many more areas where Biden’s words and actions have upset America’s closest friends across the Atlantic. The Biden administration’s constant hectoring and lecturing over the Northern Ireland Protocol, and its arrogant warnings and threats against the U.K., with the ludicrous suggestion that the British government may undermine the Good Friday Agreement, is causing a great deal of unhappiness in Westminster.

Many MPs have told me that Biden needs to just "shut up and mind his own business." Biden is rightly accused of parroting the anti-Brexit talking points of the European Commission, which is undoubtedly feeding its propaganda directly to Biden’s Eurofederalist advisers, including in the upper echelons of the National Security Council. 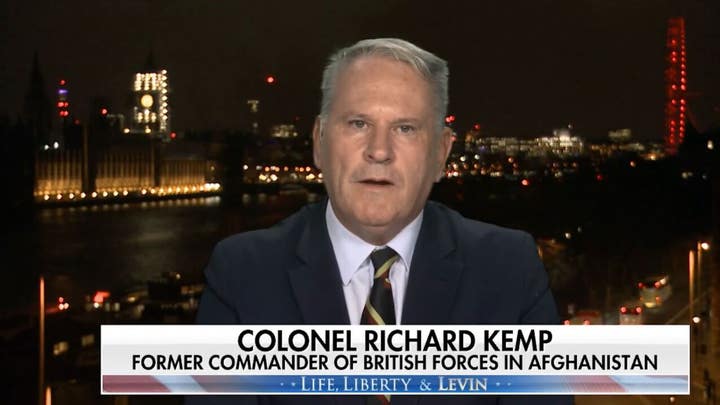 And on the highly important issue of a U.S.-U.K. free trade deal, after several rounds of negotiations under the Trump administration, Biden is pouring cold water on the idea, and putting the brakes on. It is inexplicable why a U.S. president would not strongly back a trade deal between the world’s largest and fifth-largest economies, one that would create valuable additional jobs and investment on both sides of the Atlantic.

But Biden is unwilling to upset the EU or invest a minimum amount of political capital, even when there is already strong bipartisan political support in the U.S. Senate. He is also obsessed with the notion of linking a trade deal with the Northern Ireland issue, even though they are worlds apart.

Having recently returned to Washington from London, I brought back an overwhelming sense of distrust in the Biden presidency across the Atlantic. Joe Biden and his team are taking a wrecking ball to the special relationship on several fronts. Not even the recent security pact among the U.S., U.K. and Australia will ameliorate the damage.

No wonder many in London are now looking beyond the increasingly lame-duck Biden presidency, and are hoping for a return to conservative leadership in the United States, with real respect shown for America’s closest friends.