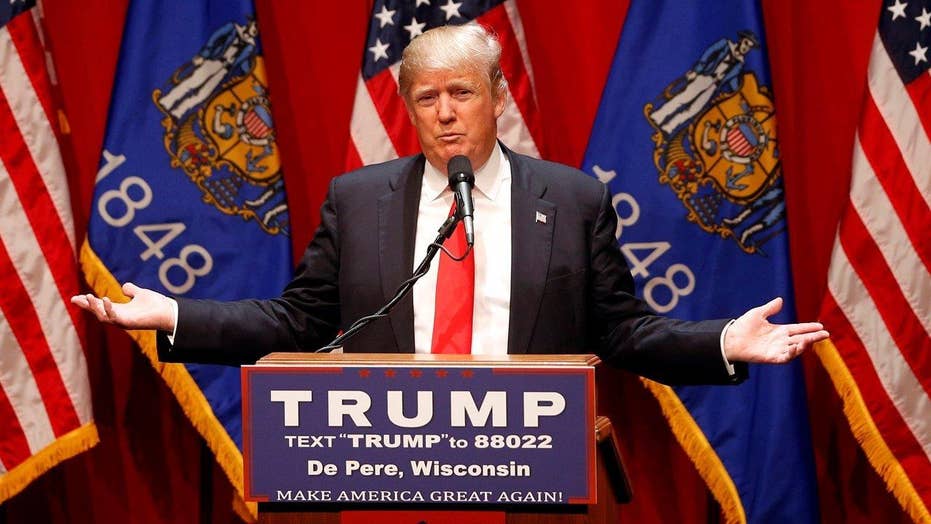 GOP in turmoil as Trump rescinds pledge to back nominee

Strategy Room: Douglas Smith and Robert O'Brien react to Trump saying he will not back eventual Republican nominee due to RNC treating him unfairly

Who influences Donald Trump on foreign affairs and security?

This is not an unimportant question. Trump is the leading candidate for the Republican nomination. He has no foreign policy or defense experience himself.  His ‘America First’ doctrine is a radical departure from American foreign and security policy since the end of World War II.

Not that inexperience disqualifies Trump as commander in chief.  His fresh approach to the world may be an improvement over the policies of previous administrations.  Perhaps NATO is outdated after the Cold War and can be dispensed with. Maybe Russia should control Ukraine.  Encouraging Japan to nuke up in response to North Korea could be a good idea (Japan, after all, is the only country with hands-on atomic experience).  Charging Arab oil potentates for U.S. military protection or leaving them to the tender mercies of ISIS might be worth considering.

These are just some of the revolutionary notions advanced by Donald Trump in a fascinating interview he gave to New York Times reporters David E. Sanger and Maggie Haberman on March 26.  Trump got plenty of time and space to set forth views. Trump himself complimented the paper for accurately quoting him.  The Times also released the full transcript of the interview, which runs more than 30 pages.

Only Senator Sessions and Professor Phares can plausibly be regarded as experts. The others may know a lot, but not about foreign policy. This was not lost on the general public.

Perhaps to correct the impression that he is basically winging it, Trump used the Times interview to expand his roster of advisers.

The improvement was largely quantitative. Major General Gary Harrell, Major General Bert Mizusawa and retired Rear Admiral Chuck Kubic may be fine military men, but they are not exactly household names in the world of international strategy. Actually, they aren’t even household names to Trump.  He mispronounced Misusawa’s name (as “Misuwawa”) and made it clear that he hasn’t met Kubic (“He’s Navy, retired. Very good. Nice, supposedly”).

Haberman asked where Trump was getting all these names.

“People that I respect recommended them,” he said. “I’ve heard very good things about them.”

Well, advisers who whisper in your ear aren’t everything. Some chief executives prefer to get their information at the library.

Sanger asked Trump what he reads on foreign policy and defense. The candidate’s reply recalled Sarah Palin’s response to a similar question from Katie Couric in the 2008 presidential campaign.  “More than anything else would be various newspapers including your own [the New York Times],” he said. “You know you get a very big array of things from reading the media, from seeing the media, the papers…”

Trump revealed that he is also planning to assemble a formal council of advisers. But he wasn’t ready to say who would be on it.  “Many of them…are tied up with contracts working for various networks,” he told his interviewers. “…as an example, they might have a contract with Fox, they may have a contract with CNN and they can't do it. They have contracts with the various networks and maybe the media too. I don't know about The Times but it's possible—less likely, I'm not sure how that structure works with the actual newspapers.” According to Trump, people at such places are already making plans to ditch their contracts and join the bandwagon.

This scoop didn’t draw much attention from the general public, but I imagine it is making quite a ripple in many newsrooms.

Journalists must be looking at their colleagues and wondering enviously—who among us has been tapped on the shoulder by the large Trumpian finger of destiny? What frustrated pundit or underestimated anchor might soon be entrusted with crafting the demise of NATO, impoverishing the Chinese or throwing the Saudi sheikhs overboard?

Think of it. Anderson Cooper as national security advisor. Maureen Dowd at the United Nations. Brian Williams in charge of the CIA.

Don’t laugh. If Donald Trump can be president of the United States, anything’s possible.