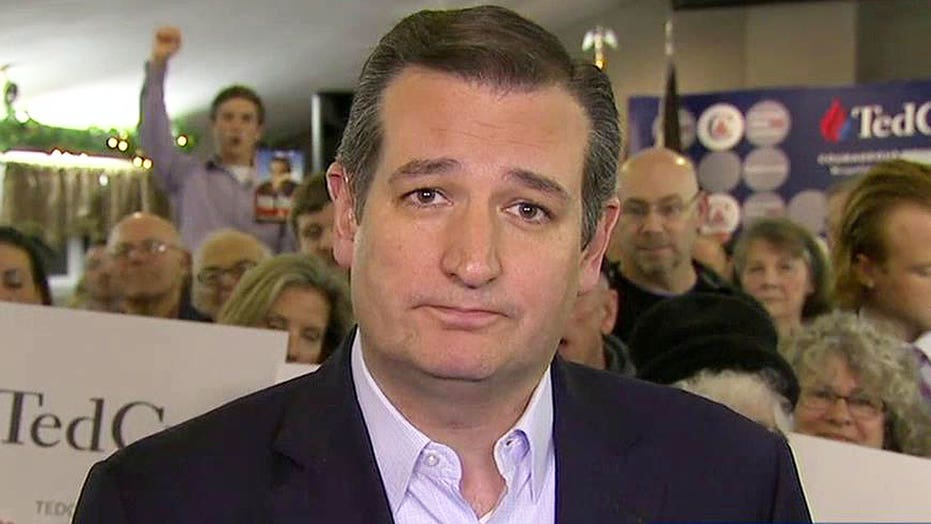 What would Cruz's simple flat tax plan mean for America?

During last week's Republican debate in Charleston, Senator Marco Rubio attacked Senator Ted Cruz for being in favor of "a VAT tax." Cruz responded that his flat tax plan of 16 percent has the full endorsement of "Reagan economist Arthur Laffer." He was referring to a joint statement by the two of us entitled: "The Cruz/Paul Flat Tax is the Best Tax." (Senators Cruz and Paul have endorsed similar tax reforms.)

Yes, we have long loved the flat tax and devoted our last book, "Return to Prosperity: How America Can Regain Its Economic Superpower Status" to explaining how an ideal flat tax with a broad base and the lowest possible tax base would work.  The Cruz and Paul plans are roughly based on that work.

This isn't the only way to go, and we've also said we like a lot of the other candidate plans as well.

Ben Carson wants a low-rate flat tax too. Mike Huckabee is pushing a national sales tax to replace the income tax. Jeb Bush, John Kasich and Donald Trump want to cut tax rates, which now reach 40 percent, down to between 15 and 25 percent while eliminating unnecessary deductions and carve-outs.

Ironically, only Senator Rubio, the flat tax attacker, has a plan that adds tax credits and keeps income tax rates relatively high – though at 35 percent, his rate is still lower than in the current code.

One goal of nearly all these plans is to super-charge growth by dramatically lowering the business tax rate (now the highest in the world) and reducing the punitive double taxation of investment income.

This contrasts sharply with the two Democratic candidates, Hillary Clinton and Bernie Sanders, who seem to be in a weekly bidding war to see who can raise tax rates the most.

So now to the charge that Cruz and Paul want a value added tax (VAT).  A VAT is a tax that businesses pay on their receipts, minus their allowable expenses, including capital purchases and other input purchases.

VATs are regarded as bad taxes because, as Rubio points out, in Europe, they have helped finance flabby cradle-to-grave welfare states. But in Europe, the VAT has been an add-on tax to existing income and payroll taxes. Every conservative opposes that.

Under the Cruz and Paul plans, the payroll tax and the corporate income tax are eliminated.

The Cruz plan has other virtues that conservatives should think about as they decide which tax plan they like best.

First, the Cruz plan would give America the lowest tax rates since the income tax was ‎devised 100 years ago. For this reason, his plan is estimated by the Tax Foundation to grow the economy by a gigantic $2 trillion extra GDP per year after 10 years.

Second, the Cruz plan eliminates almost all deductions and credits – which is how they get the rate so low. So the IRS could be dramatically shrunk in size.  Don't forget, the fewer deductions, the fewer ways to cheat on your taxes, and the lower the tax rate, the lower the less cheating and the greater voluntary compliance.

Third, because the Cruz tax is a "consumption tax," it taxes imports at the 16 percent rate, but American products sold abroad are not taxed at all. This would level the global playing field for American manufacturers, tech firms, and drug companies and bring these jobs scampering back to the U.S.  We wouldn't need Trump tariffs.

Finally, the tax would be much simpler that the current tax and the Cruz post card-sized return would replace the scores of forms many tax filers must fill out.

Yet, conservatives lead by Marco Rubio are charging that the flat tax that imposes a low tax rate on the broadest possible business tax base, which includes wages and salaries and benefits, is a European VAT and the rate will quickly rise from the teens to the twenties or even 30 percent.

Incidentally, that would STILL be lower than the Rubio tax rate.

Does anyone really believe that the two most relentless anti-big government crusaders against big government in the U.S. Senate, Rand Paul and Ted Cruz, have a secret tax plan to expand the government? Most on the left despise the Cruz and Paul tax plans. Why would they if it was going to allow them to socialize the economy?

Most free market economists will agree that the right way to tax businesses is on their income minus their allowable expenses. This is the broadest base in exchange for the lowest rates. By the way, businesses would be able to write off immediately any capital purchases rather than dealing with 10-, 20- or 30-year depreciation schedules.

The complaint of some of our conservative friends is that the tax is TOO efficient and TOO pro-growth, and so it will raise too much money. Liberals will try to raise the tax rates to finance even more spending. That's right they undoubtedly will. But no matter what the tax system, liberals always want to raise tax rates. Bernie Sanders wants to raise the income tax to 90 percent. Any new pro-growth tax system is subject to the same criticism.

The way to prevent this is to require a three-fifths majority of both houses to raise tax rates once the flat tax is adopted.

Some also say that we should retain the FICA payroll tax as is and let businesses deduct their pay from the income tax. This is what Ben Carson's 14.9 percent plan would do. Because of the GATT trade rules, this would not allow our tax system to apply the tax to imports. Our exports would still be taxed here in the U.S. So this is not as effective a way to tax businesses, but if this is the hang up, we would gladly take the Carson plan in heart beat.

The sole reason we need taxes is to raise the requisite revenues to fund government. We believe, and Mr. Cruz does too, that the U.S. Government should collect taxes in the most efficient way possible so as to do the least damage to the economy.

Mr. Rubio says that the flat tax will make America more like beaten down and socialistic Europe. We believe the flat tax is the most economically liberating tax system imaginable. The left will argue that it will raise too little money to cover our current expenses.

We think this plan will cause so much extra growth in the economy that even at a rate of 16 percent it will help balance the budget and reduce the debt.

If you're a conservative, what's not to like about that?

Arthur B. Laffer, Ph.D. is founder and chairman of Laffer Associates and was an adviser to President Reagan.