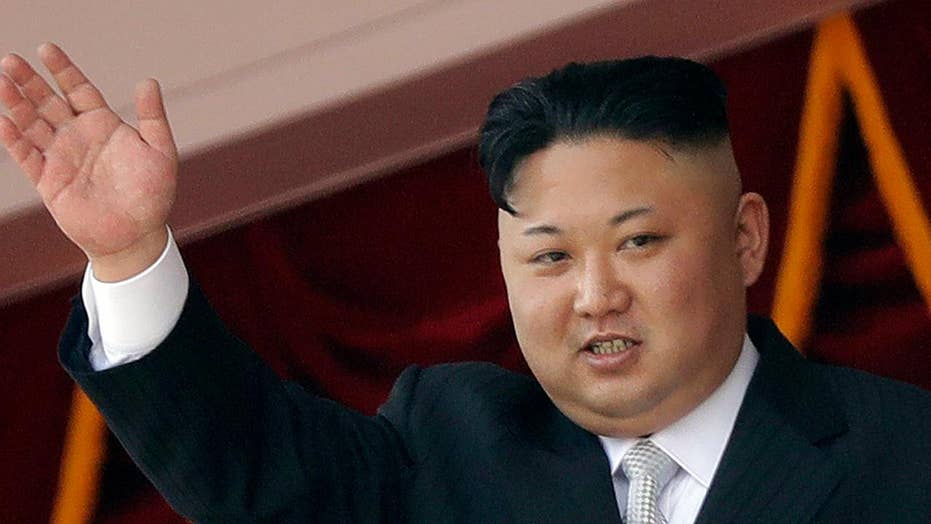 On July 4, North Korea test-launched a missile at an extremely high angle that proved it could fly a distance of at least 6,700 kilometers (nearly 4,200 miles). On Friday the rogue nation launched an intercontinental ballistic missile that can fly much farther and apparently reach the U.S. West Coast – and perhaps cities in our Midwest – carrying a nuclear weapon that could cause horrific casualties.

Friday’s missile was probably a variant of the system launched on our Independence Day. While the July 4 missile was capable of reaching Alaska, the newer missile flew higher and several minutes longer. The weight of a warhead would determine exactly how far beyond the western U.S. it could travel.

There is no ambiguity here. Pundits and even government officials (largely in South Korea)  have made efforts to downplay the accomplishments of the first successful launch on July 4, but the truth is that the threat North Korea poses today to the United States has taken yet another important step forward.

Recent media coverage has confused the picture for Americans concerned about our national security. For example, a headline in the Washington Post on July 25 begins: “North Korea could cross ICBM threshold next year.”

The test Friday proves that the North Koreans now also appear to have the technology to target major cities such as Seattle, San Francisco and Los Angeles – at a minimum.

My response to that is: Look at the tests recently conducted. The North Koreans crossed that threshold on July 4. The test Friday proves that the North Koreans now also appear to have the technology to target major cities such as Seattle, San Francisco and Los Angeles – at a minimum.

There are also still folks debating the accuracy of the missile, even though (to give one example) the city of Anchorage spans more than 1,900 square miles and contains more than 40 percent of Alaska’s population – and is well within the range of both missiles North Korea tested. So consider: how accurate does a missile armed with a nuclear warhead need to be to easily take the lives of at least 80,000 people in Alaska with a single strike?

The original Scud was acquired from Egypt. The Musudan family’s genesis came from rogue Russian scientists. And the solid-fueled family of land-sea missiles looks very much like the Chinese JL-1 system – though there is no proof, and no evidence pointing to where North Korea actually acquired this system. The North Koreans also have their own indigenously produced version of the SS-21 (a tactical battlefield missile), which they acquired from Syria.

There is also the threat of the collapse of North Korea that could possibly unleash a variety of North Korean military systems into the black market for sale to countries like Iran and Syria. North Korea’s missiles are a part of all of these threats.

This leads to the key question: How do we contain or stop this threat? There are actually two important ways to do so – tactical and strategic.

The best tactical way to stop North Korea’s ballistic missile threat is not a “preemptive strike.” Such a strike likely would create a second Korean War, resulting in what all analysts agree would be a minimum of hundreds of thousands of casualties, many of them civilians.

Consequently, ballistic missile defense is the best tactical option. Unfortunately, this was largely neglected under the Obama administration. It must be beefed up, fully funded, tested often, and robustly deployed in order to provide a realistic umbrella of defense against North Korean (and Iranian) missiles.

Let there be no doubt. Ballistic missile defense is not yet where it needs to be and this is a vital national security capability that needs to be strengthened immediately and with a sense of urgency.

The best strategic way to address this issue is by going after the finances that support North Korea’s weapons development. This means going after banks and front companies all over the world where Pyongyang launders the dirty money it uses (much of it gained from military proliferation).

The United States must use its resources, personnel, and willing allies to squeeze North Korea’s Mafia-like illicit financial networks in places like Singapore, Malaysia, Africa and yes, China. This would, put strong pressure on the lifeline for North Korea’s weapons of mass destruction programs.

Sanctions and initiatives associated with the Patriot Act, Section 311, have worked in the past (yet were abandoned in favor of negotiations), and can work again.

It is time to stop talking about “when” the North Koreans can threaten us. The time is now.

We must take this threat seriously, and we must take the actions necessary to maintain our national defense and that of our allies.

Not to do so leaves the potential to encounter the most catastrophic military scenario since World War II.

Bruce E. Bechtol Jr. is an award winning professor of political science at Angelo State University, a former senior analyst at the Defense Intelligence Agency, and a retired Marine. He is the author of four books on North Korea. His most recent book is "North Korea and Regional Security in the Kim Jong-un Era."