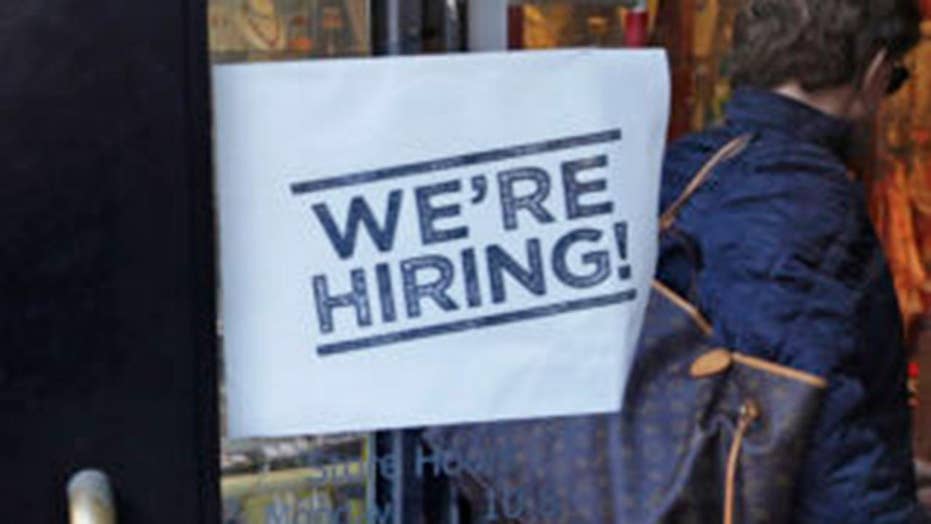 There was good economic news Friday when the Labor Department announced that the U.S. economy added 213,000 jobs in June – more than the increase of about 200,000 that economists had forecast.

Contrary to media reports about "stagnant" wages, the jobs report showed that average hourly earnings increased by 0.2 percent in June, for a year-over-year gain of 2.7 percent.

While the unemployment rate ticked up from 3.8 percent in May to 4 percent in June, the overall economic outlook was positive.

The New York Times, which can hardly be accused of being a cheerleader for the Trump administration, reported Friday: “Arriving on the ninth anniversary of the recession’s end, the latest jobs numbers cap a string of encouraging economic reports. Many estimates for growth in the second quarter are bouncing above 4 percent. The manufacturing sector buzzed with activity last month, and spending on construction rose. New jobless claims are dragging along at historically low levels.”

The tax cuts that took effect this year are fueling this economic fire by allowing hardworking Americans and businesses to keep more of what they earn. More money in the private economy, where it can be spent and invested, stimulates Main Streets across the country.

The tax cuts that took effect this year are fueling this economic fire by allowing hardworking Americans and businesses to keep more of what they earn. More money in the private economy, where it can be spent and invested, stimulates Main Streets across the country.

Most small businesses, which drive innovation and create two-thirds of new jobs, call their new 20 percent tax deduction a “game changer.” They support the tax cuts – approved by the Republican Congress and signed into law by President Trump – by a margin of 10 to 1, according to a nationwide poll conducted by the Job Creators Network. As a result, small business confidence is at a historic high.

Small businesses across the U.S. are using their tax cut savings to raise wages, create jobs and expand.

For example, Illinois-based Rabine Group – a paving, roofing, maintenance, and construction company – is giving employees raises that are 50 percent larger than the past eight years, adding jobs and expanding into new markets because of its tax cut savings.

Joseph’s Lite Cookies in Florida is purchasing new inventory, expanding internationally and giving wage increases of at least $3,000 to half its workforce.

And Sports Clips barbershops in Pennsylvania is using its tax cut savings to open another 12 locations, creating 120 new full-time jobs and raising wages.

Given these tax cut-induced benefits, it's surprising to read news stories about the supposed waning popularity of the tax cuts.

"‘Not what we expected’: Trump’s tax bill is losing popularity," read a Washington Post headline this week. These articles draw on a recent Monmouth University poll showing that approval of the tax cuts has fallen by several points.

Yet the same poll reveals that disapproval of the tax cuts has also fallen – something seemingly every story conveniently fails to mention.

Rather than growing opposition to the tax cuts, the Monmouth poll merely suggests that the public is becoming more confused about them. When you look at the degree to which tax cuts have been politicized, this isn't surprising. Activist groups and their media allies have spent nearly a year making the false claim that ordinary Americans won't benefit from the tax cuts.

When the public is asked the more specific question of whether the tax cuts improve the economy, support is clear. A recent nationwide poll conducted by Luntz Global Research for the Job Creators Network finds that 60 percent of respondents think the tax cuts will benefit the economy – versus only 22 percent who do not. This is a more accurate gauge of support, because it cuts through the politicization and focuses on the policy itself.

These polls suggest supporters of tax cuts should connect the dots to the economic effects of the cuts. Given the misleading media narrative that the tax cuts are merely gifts for the rich, supporters should also highlight the pocketbook benefits of the cuts on ordinary Americans.

To accomplish this, tax-cut supporters need to remind voters, for instance, that the cuts doubled the child tax credit to $2,000 and made the first $1,400 refundable. As a result, many families will get a four-figure check from the government to help pay for day care and diapers. Many more will be able to wipe out their tax liability altogether.

It's important for supporters of the tax cuts to make this case now. Democratic leadership has promised to repeal the tax cuts if they take back control of Congress. Rep. Jared Polis, D-Colo., recently introduced such repeal legislation.

Voters in the November midterm elections will have to ask themselves this question when they cast their ballots: Do I want to pay higher taxes – or do I want to keep more of my own money?