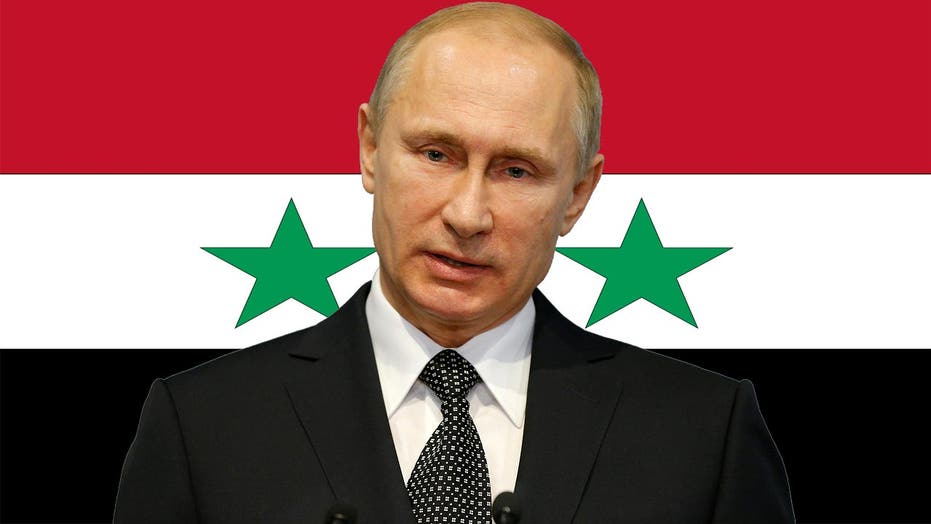 A year ago, in response to the growing strength of ISIS and outrage over internet videos of ISIS beheadings, President Obama announced a strategy on Sept. 10, 2014 to “degrade and destroy” ISIS in Iraq and Syria.

The president’s four-step plan included: a systemic campaign of airstrikes in Iraq and Syria; increased support to forces fighting ISIS on the ground in Iraq and Syria, including training and arming moderate Syrian rebels; expanded counterterrorism efforts to weaken ISIS and cut off its resources; and continued support to humanitarian assistance to civilians displaced by ISIS.

Twelve months later this strategy is in ruins. Russia has sent troops into Syria and began bombing ISIS targets Wednesday.  [Author's note: There are some reports that Russia actually bombed non-ISIS Syrian rebels, including some rebels backed by the U.S.]

Also on Wednesday, the Russian government told the United States to stay out of Syrian airspace and remove American warplanes.

Iran has increased its presence in Iraq; Moscow has strengthened its relationship with the Iraqi government.

On Sept. 27, Russian officials announced a new anti-ISIS pact between Russia, Iraq, Iran and Syrian that will include intelligence sharing.

President Obama’s Iraq-Syria strategy collapsed so quickly because, as I wrote here for Fox News Opinion last May, it was really a non-strategy to do as little as possible about this crisis for the rest of his presidency so he can hand this mess to a future president.

Pinprick airstrikes in Syria under Obama’s policy did not stop ISIS from making gains on the ground.

In Iraq, ISIS took the city of Ramadi last May despite being outnumbered 10-1 by the Iraqi army.  Iraqi officials said they would retake the city “in days.”

Four months later, there is little prospect of this or an assault to retake Mosul which was supposed to occur last spring. This is due to the weakness of Iraq’s army and President Obama’s refusal to allow U.S. military advisers or special forces leave their bases and accompany Iraqi forces into the field.

The Obama administration recently admitted its $500 million plan to train and equip moderate Syrian rebels has been a disaster.  The program spent $42 million to train its first group of 54 recruits who entered Syria from Turkey last July.  The recruits were quickly attacked by the al-Nusra Front (the al-Qaeda franchise in Syria) and forced to surrender trucks and ammunition to this terrorist group.  Most of these rebels returned to Turkey; a U.S. general told Congress only “four or five” are still fighting in Syria despite a goal of training 5,400 per year.

The fighting in Syria has caused a huge flood of refugees to seek refuge in Europe.  At the same time, more than 7,000 foreign fighters – including 250 Americans – joined ISIS in Syria and Iraq over the last year according to a new bipartisan congressional report.

Obama officials responded to the rapid collapse of its Syria-Iraq strategy with spin to exaggerate the effectiveness of the president’s policy and dismissing ISIS gains.  50 Department of Defense intelligence analysts recently filed complaints with the Pentagon IG that their work was doctored to support the Obama administration’s claim that its anti-ISIS strategy is succeeding.

The failure of President Obama’s Iraq-Syria policy is now so obvious that his advisers can no longer spin it away.

Mr. Obama’s policy created a power vacuum in the Middle East that Russian President Vladimir Putin has filled.  By seizing the initiative in the fight against IS, Putin is trying to create a new Russian-led regional axis that will counter American influence and portray Russia as a more reliable partner.  This gambit could have major benefits for Putin, including possibly by convincing Europe to drop its sanctions against Russia due to its intervention in Ukraine by promising to stop the flow of refugees to Europe from Syria.

The Obama administration is scrambling to respond to these developments.  Obama chided Putin’s Syria moves in his speech to the UN General Assembly this week, called for the removal of Syrian President Assad but also expressed willingness to work with Putin in the battle against ISIS.  Putin dismissed Obama’s demands by blaming the United States for the civil war in Syria, called for working with the Assad regime and criticized America’s efforts to train and equip Syrian rebels.

The president’s Iraq-Syria policy continues to be incoherent and dangerous.  There’s no chance of removing Syrian president Assad due to Russia’s increased support.  In his UN General Assembly speech, President Obama expressed his willingness to work with Iran to fight ISIS and end the civil war in Syria even though increasing Iran’s role in Iraq and Syria will expand Iranian influence and exacerbate Sunni-Shia tensions in Iraq.

Given that this situation is the result of seven years of incompetent policy by this administration and the president’s continuing refusal to take decisive action in Iraq or Syria, it is hard to see what the Obama administration can do to reverse it.  But there are several guidelines Mr. Obama should consider employing to dig out of the hole his policy has created:

?         Recognize that Russia and Iran are the problem, not the solution.  The United States needs to maintain dialogue with Russia but stop talking about working with Russia and Iran to fight ISIS since their goals are counter to American interests and regional security. Mr Obama needs to realize that an expanded and entrenched Russian/Iranian presence in the Middle East will have dire long term consequences for America and the region.

?         Work with our European and regional states to form a better military alliance to combat ISIS and to counter Russian and Iranian influence.  This should include creating a safe haven protected zone in northern Syria and intensified air strikes against ISIS targets.  The refugee crisis probably has made Europe more willing to participate in such an alliance.  France conducted its firs airstrikes in Syria last week.

?         President Obama must stop making demands he has no intention of enforcing.  The world correctly sees Mr Obama’s demands that Assad leave office and Russia stop its military aid to the Assad government as idle threats.  Every time the president makes such demands, he further undermines American credibility and emboldens U.S. enemies and adversaries.  The word of the leader of the world’s superpower must be enough to change international events and not viewed as chatter that can be safely ignored.

Given his record to date, I doubt President Obama will adopt any of these guidelines.  I expect his administration will continue its non-policy policy to leave this crisis for the next administration to solve.  As a result, American interests and regional security are likely to suffer for the rest of this presidency as Russia and Iran increase their influence.

The presidential candidates need to watch this situation closely since the Middle East disaster they will inherit from Mr. Obama likely will be much worse than the current crisis.