What NASA hopes to learn about Mars from InSight probe

NASA's lander will drill beneath the Martian surface to study the planet's composition; insight from Mike Massimino, former NASA astronaut and senior adviser for space programs at the Intrepid Museum.

Like many others, I cheered as NASA’s InSight spacecraft landed gingerly onto the Martian surface after its six-months-long, fingernail-biting journey across space. On numerous radio interviews this week, however, I’ve been asked, “Why do we spend millions of dollars to explore a desolate rock more than 30 million miles away? Why in the world do we even care about it, given our truly serious problems here on Earth?”

Is it merely to escape our woes, as some say to me? No. As I’ll explain in a minute, I think it’s much deeper than that.

First, it’s worth noting that unlike NASA’s seven other successful Mars landers, which took pictures, roamed the surface, and dug for signs of life, InSight intends to give the Red Planet a thorough medical exam. It’s tricked out with a stethoscope (AKA seismograph) for listening to the planet’s inner rumblings, a thermometer for taking its body temperature, and a super-sensitive instrument for measuring its reflexes – the jerks and wobbles it experiences as it whirls around the sun.

Why bother? Partly, it’s to satisfy our native curiosity – which, frankly, is still in its infancy. Think about it: despite our supposed technological sophistication, we’re only now venturing out of the house. Sending a spacecraft to Mars is like a child sending a drone to the next-door neighbor’s house to snoop. 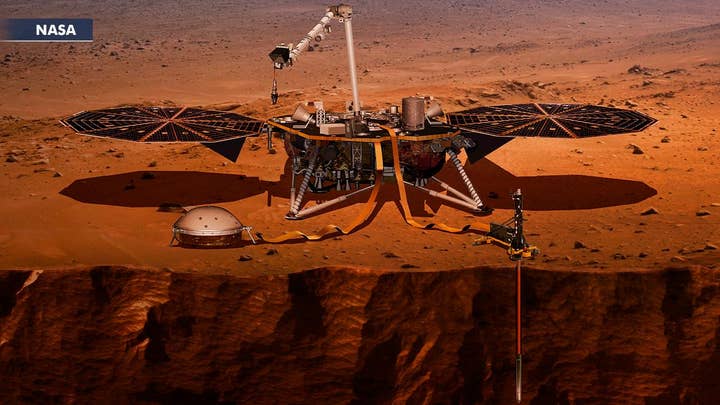 Granted, Mars is a fascinating neighbor. It and Earth are like siblings separated at birth. Whereas Earth is warm, watery, and filled with life, Mars has an average temperature of minus 81 degrees Fahrenheit; its severe landscape is routinely scoured by dust storms, some of which mushroom to engulf the entire planet; and it is lifeless, so far as we can tell.

That said, scientists continue speculating the Martian climate was once upon a time more like Earth’s. And that something cataclysmic happened to it, turning it into the lifeless hulk of today. Given today’s passionate debate about climate change on Earth, Mar’s luckless fate is certainly something important to be curious about.

However, I believe there is an even more profound reason for our interest in Mars and space exploration generally. We are not simply physical creatures with a brain – formidable though it is, capable of feats as impressive as this week’s Mars landing. Mounting scientific evidence in many disciplines – from anthropology and neurobiology to paleontology and psychology – affirms we are spiritual creatures who have an inkling there’s more to life than the turmoil happening on this tiny Blue Planet. Our brains are hard-wired to believe there’s more to reality than meets the eye, even when aided by powerful, space-based telescopes. 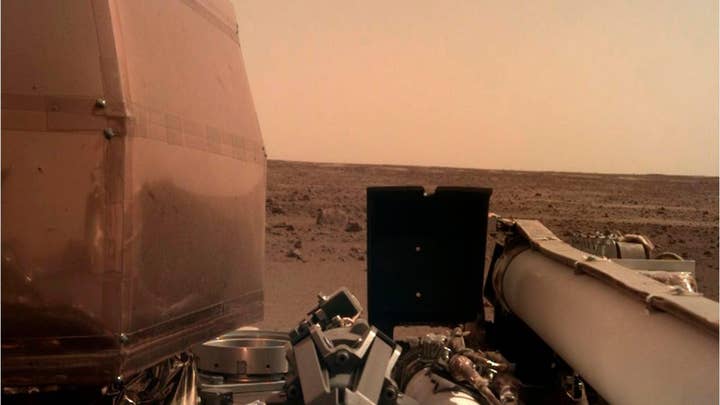 Most humans live with a sense – albeit imprecise and at times doubtful – that, as with InSight, our paths are guided not solely by logic and our onboard computers, our brains, but by a higher intelligence with a purpose in mind. For InSight, that higher, purposeful power is the group of brilliant Jet Propulsion Laboratory (JPL) scientists, men and women huddled inside the control room in Pasadena, California. In our case, I believe, it’s the God who designed us to – well, do precisely what those JPL scientists are doing: exploring creation.

Only by doing so – by getting out of our houses, our daily ruts, and exploring – are our eyes opened to the magnificence and mystery of creation and our proper place in it. Through such efforts we’re able to appreciate how very special are Earth and we, its human inhabitants – and the enormity of the responsibilities that come with that blessing.

That is why on Monday I jumped up and down with joy at JPL’s exciting accomplishment. It was an achievement whose true purpose is bigger than Mars, the solar system, or even the universe. One that, at its core, reveals far more about us than it ever will about the Red Planet.