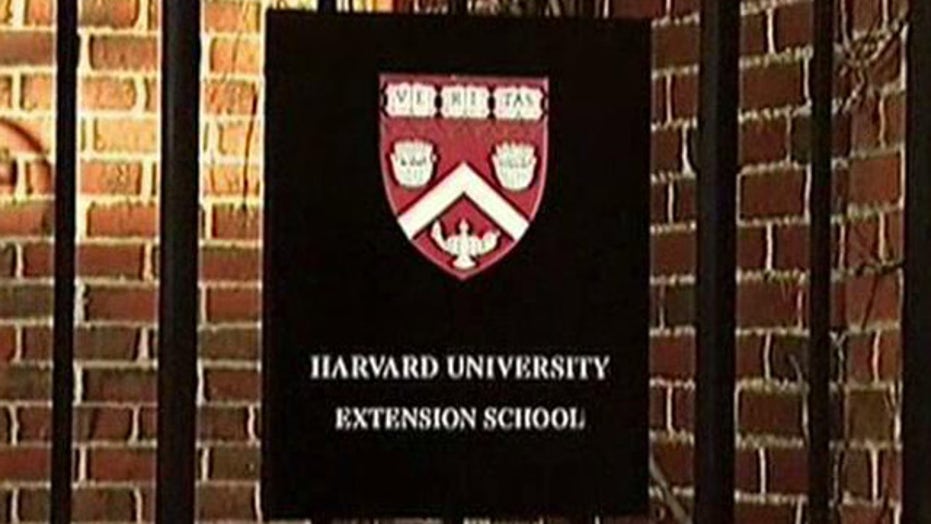 Imagine the scene: Cambridge, Mass., on a crisp, sunny spring day, with Commencement just around the corner.

With over 200 girls still kidnapped in the forests of Nigeria by the Islamist terror organization Boko Haram, I decide to exercise my right to free speech and peaceful protest against extremism by urging classmates to pray toward Mecca five times in one day in Harvard Yard.

Here’s the twist – we aren’t Muslim, and we don’t believe in the teachings of the Prophet Muhammad.

Nope, I’ll be urging my fellow protesters to buck Islamic law and show up in lingerie (as people did at Harvard’s recent Black Mass, a poke in the eye to the Catholic requirement that shoulders and knees be covered in a church), bearing pork sandwiches as sustenance for the long day ahead.

For good measure, I’ll be passing out fliers explaining how some forms of Islam endanger women’s rights. I will also be tweeting #BringBackOurGirls from my prayer mat, flying in the face of Islamic code (a prayer mat can’t be open unless you’re praying on it).

Is it my right to do so? Yes, on public property. But Harvard is a private institution.

Should I do it? Absolutely not. Whether it’s private or public property.

I said it. Especially, on private grounds that people pay to learn on, some things just shouldn’t be allowed.

Would Harvard support me and would the Muslim community acknowledge that the protest is my right? As a former Harvard undergraduate student, I doubt it.

What did Harvard do when it was reported that a Black Mass, which is sacrilegious to Catholics, would take place on campus? Harvard did not say that the Black Mass had to be moved off campus (which the Satanic Club ultimately did of its own accord) or that it could not take place. Words of support are important, but I wish colleges would just say flat out, “Nope, you can’t do that. We respect multiculturalism too much here to possibly allow that.”

The Black Mass was Constitutional, but it wasn’t appropriate at or near a private institution of higher learning. Private institutions should not hesitate to ban practices that deeply offend others – as they often do when those practices offend Muslims, like men exercising around women.

Harvard President Drew Faust admirably spoke out against the Black Mass as “flagrantly disrespectful and inflammatory” and “abhorrent.” She also visited the campus’ Catholic church on the night of the Black Mass with 2,000 others to show respect for the Eucharist, a consecration of bread which Catholics believe becomes Christ’s body. What takes place at a Black Mass with the Body of Christ is beyond words I can actually write, so I’m heartened by President Faust’s brave move to condemn the ritual and support saddened Catholics.

I would sincerely hope that, in an alternate universe, if I were to plan a protest denigrating Islam, Harvard – an institution that has received millions of dollars from Muslim donors (and an institution where Muslims pay to learn) – would ban it. I actually do think Harvard would ban my pork-and-lingerie prayer time, even though it did not ban the Black Mass. Supporting Islam is trendier than supporting Christianity right now, and not supporting Islam has far deadlier consequences than not supporting Christianity.

And while President Faust strongly condemned the anti-Catholic ritual, we can’t know what’s happening inside Harvard classrooms. I was in many where my adherence to Catholicism was questioned (or even mocked) with ire that would never be directed at a Muslim. And forget questioning Islamic law – you’d quickly make enemies of many professors and classmates.

Sadly, in so many college classrooms across America, only Christianity is up for intellectual debate (mostly centered on many denominations’ lack of support for same-sex marriage). At least, when I was at Harvard in 2011, Sharia Law was not up for discussion – it was seen merely as a cultural difference.

We’re living in a world where Black Masses aren’t blocked, but activist Ayaan Hirsi Ali is blocked from receiving an honorary degree at Brandeis University for speaking out against extremist Islam. If American colleges continue their tolerance of intolerance, the latter will quickly overpower the former.