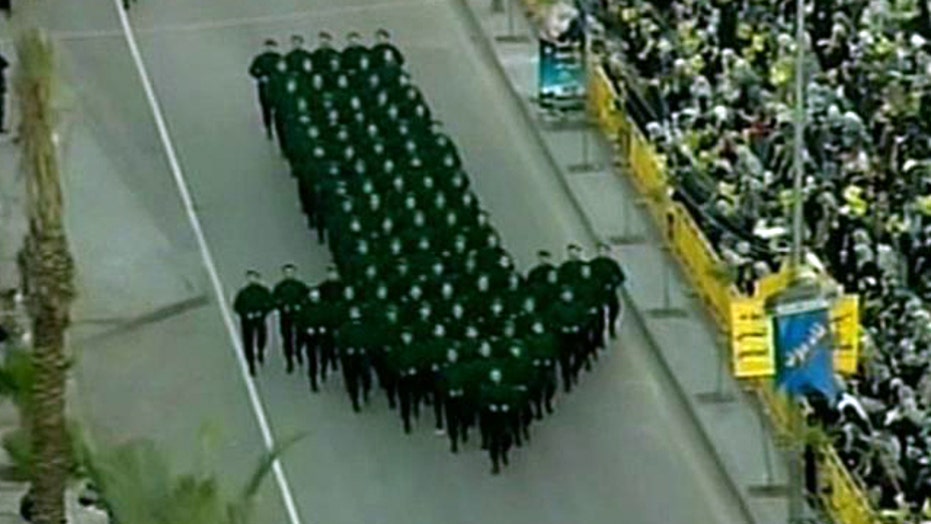 Is Israel prepared for a proxy war with Iran?

Weapons being stockpiled on Israel's borders

In case you didn’t think the UN could get even more bizarre (and dangerous), try this one. Iran will soon become the President of the Conference on Disarmament. The Iranians rotate into the job for four weeks near the end of May.

Their qualification for the position?  Iran is the member state that comes next in the English alphabet after Indonesia.

Iran will have the task of managing the 2013 Conference agenda, which includes “the cessation of the nuclear arms race and nuclear disarmament.”

On the one hand, since the mullahs running the country are engaged in a mad race to acquire nuclear arms, chairing a meeting on disarmament may be a bit of a struggle.

On the other hand, the Conference just talks, and talking for its own sake is an Iranian art form.

The UN Charter says the organization is sworn to maintain international peace and security.  The Conference on Disarmament is “the world's single multilateral forum for disarmament negotiations.”

According to the UN, “the Conference is funded from the UN regular budget, reports to the General Assembly and receives guidance from it.”

But somewhere along the line these institutions got very lost. Now the proverbial foxes guard the chicken coop. It would be funny, except that the Iranian fox really intends to devour the chickens.

This isn’t the first time that the Conference on Disarmament has faced similar controversy.

In July 2011 it was North Korea’s turn to take the helm. Not surprisingly, North Korea took the appointment as a sign of approval.  Its representative announced that the country was “very much committed to the Conference” and that “he would do everything in his capacity to move the Conference on Disarmament forward.”

So fast forward.  We find an ever more aggressive North Korea sharing nuclear know-how with like-minded belligerents, such as Iran and Syria.

When North Korea took the helm, Iran’s representative told the Conference: “I would like to congratulate the distinguished ambassador of the Democratic People’s Republic of Korea for the assumption of the presidency and assuring him of my delegation’s full support and cooperation.”

You can be sure that the North Korean rep will deliver an equally flowery welcome when Iran dons the crown.

This also isn’t the first time that the UN has appointed Iran to a position of authority wildly at odds with its reprehensible record.

In 2010 Iran was elected to the UN Commission on the Status of Women – the UN’s top women’s rights body. Iranian laws that permit women to be stoned for alleged adultery? Irrelevant.

The saddest part of this charade is that these countries and their despotic leaders take sustenance from acquiring such formal trappings and basking in the accompanying diplomatic niceties.

The United States is a member of the Conference on Disarmament.  We don’t need another administration speech that the “door is still open” but “the window is closing.”  With an Iranian poised to preside, we need to leave.