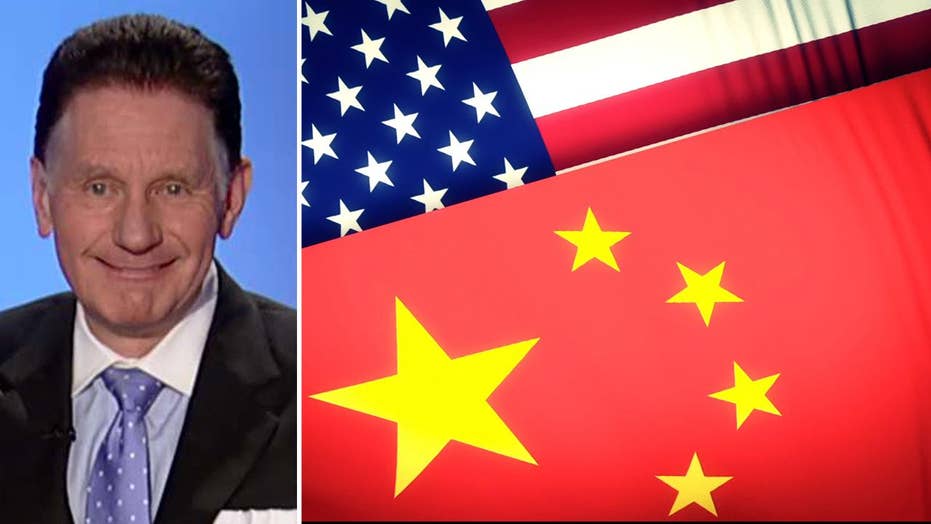 Moody: We've done nothing for too long on nat'l security

Can the United States do anything to reverse a dangerous dependence on crucial mineral supplies that put our future military security in the hands of China? We may be about to find out.

The challenge to our future security was outlined in a grim, largely overlooked report from the U.S. Geological Survey. In stark terms, it demonstrated that the U.S. is 100 percent reliant on foreign producers for at least 20 elements and minerals, some of them of strategic importance to our military. The most common source: China.

As Bellwether noted last week, a group of 17 materials, known collectively as rare earths, are produced almost exclusively by China. That’s the country President Trump has labelled a currency manipulator and trade cheat and which he has vowed to bring to heel in future bilateral negotiations.

The USGS report, points out other metal deficiencies, and raises serious questions about how much leverage the U.S. will have over China. Almost all the minerals in question are essential components needed for advanced fighter bombers, satellite guided missiles and catapults that launch planes from the decks of aircraft carriers.

“That 2017 USGS report is not fake news,” says George Byers, a 40-year mining industry veteran and rare earth expert. “You have 29 or 30 studies on critical materials, including rare earths that go back to the early ‘90s. The outcome of each study is to declare ‘we have a crisis, let’s do something about it.’ But all they do about it, is to ask for another study.”

Rep. Duncan Hunter (R-Calif.), plans to introduce legislation this month to require the U.S. military to obtain rare earths that are produced in America, even if it means subsidizing those industries.

“This is of critical importance to our national security and ability to stay ahead of everyone else,” Hunter told me. “Rare earth metals are crucial. We’ve closed down mines in my own state of California, which is the leading edge of stupid.

“We need to have our own rare earths. The big sticking part of the bill is this. You have to put money in to subsidize our own product to create a market, because now there’s no market. We’ve got to put American manufacturing back in competition.”

The problem, these analysts note, is that U.S. production capacity in this area has been allowed to wither to almost nothing, due to plentiful supplies from China that can be produced at a lower price than U.S. made rare earths.

Even more perilous, China’s own rapacious demand for rare earths is outstripping its ability to supply domestic consumers as well as the U.S., meaning it may be unable to ship goods to the U.S. even if it wants to.

In addition to rare earths, which are vital components of high-grade permanent magnets used in military aircraft and missile systems, the United States, according to the USGS report, is now 100 percent reliant on foreign countries for supplies of manganese, which is used to make impact resistant steel, among other things. Though readily available in mines in Arizona, Arkansas and Minnesota, it can be imported more cheaply. The USGS study lists American production of manganese last year as: zero.

Hunter’s legislation aims to put an end to that. The bill would divert funds from military aircraft and missile weapons systems to support domestic production rare earths and other vital materials. It would also provide five-year interest free loans to U.S. producers, giving them time to ramp up abandoned and neglected facilities.

That may be just in time to prevent further foreign encroachment on our manufacturing base. Peg Brickley of The Wall Street Journal reported this week that Vladimir Iorich, a Russian-born billionaire with German nationality, is trying to take control of Mountain Pass mine in California, once the largest domestic source of rare earths.

That mine was once the production facility for Molycorp, the only significant American producer of rare earth metals. Molycorp went bankrupt in 2015, partly due to the Obama administration’s refusal to help bail it out of its $1.4 billion debt.

Instead, the previous administration sank hundreds of millions of dollars in Solyndra, a solar power company that comported with the former president’s advocacy for renewable energy. The problem was, solar energy panels also use rare earth metals. Solyndra, which also went belly-up, ended up importing the solar cells it needed – from China.