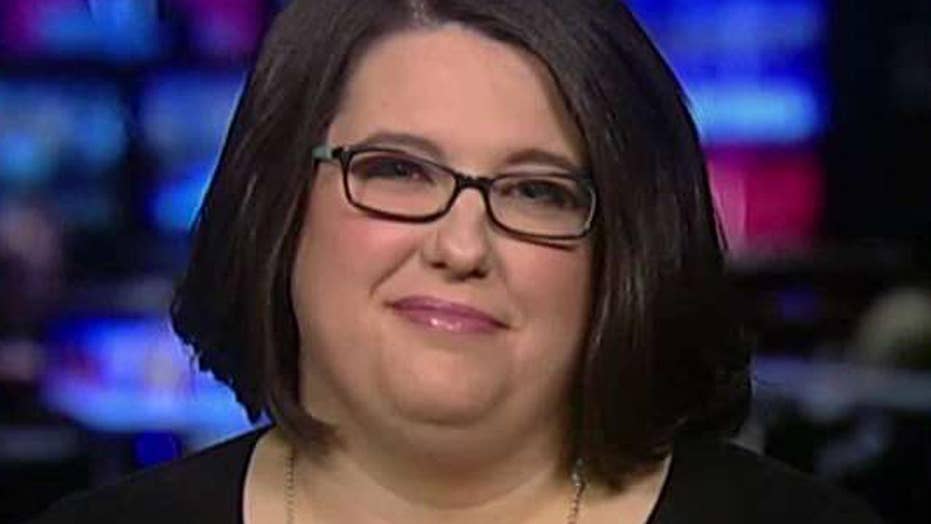 Women from around the nation prepare to March for Life

The president of Students for Life provides insight

There is no organization as near and dear to the hearts of abortion advocates as Planned Parenthood. President Obama almost shut down the government in 2011 over federal funding of the nation’s largest abortion vendor. Candidate Hillary Clinton often gushed about her love of the non-profit, which has revenues of over a billion dollars, during her presidential run.

But now Planned Parenthood is in the fight of their lives as they are likely to face a defunding battle in Congress. They are using every scare tactic in the book and throwing millions behind expensive public relations campaigns to drum up support and convince women that access to basic health care will be lost if they lose the half a billion dollars they get from taxpayers every year.

But the truth is: we don’t need Planned Parenthood.

According to their own annual report, Planned Parenthood saw 2.5 million clients in 2015, which is down from 3.1 million in 2006. While that number may seem high, it means that 98 percent of women of reproductive age will never step foot inside a Planned Parenthood in any given year for health care.

Planned Parenthood loves to talk about the services they provide -- other than abortion -- but it takes little effort to uncover the fact that while government funding to them has increased by millions, their preventative services have dropped off a cliff.

An investigation released this week into Planned Parenthood’s health care services showed that while they tout their prenatal services, in reality, these services hardly even exist.

What are taxpayers getting for spending more money at Planned Parenthood? Fewer actual health care services and more abortions. This is a disgrace.

The money that currently goes to Planned Parenthood should be redirected to Federally Qualified Healthcare Centers (FHQCs), of which outnumber Planned Parenthood facilities 20-to-1. These centers are all over the country, in rural and urban areas, and serve all people.

No one is advocating that women’s health care be taken away by defunding Planned Parenthood. There are thousands of other healthcare facilities that provide the same services, sans abortion, that Planned Parenthood does.

They spent over $30 million in during the 2016 cycle to elect their favored candidate, which didn’t turn out so well. But no matter, because celebrities have come to their rescue, donating hefty chunks of change and lending their star power to the cause.

Money is still flowing to the nation’s largest abortion provider. The organization bragged about how many donations were pouring in just in opposition to Vice President Mike Pence.

Cecile Richards, the president of Planned Parenthood, even admitted back in 2011 that the non-profit would survive federal funding cuts because after all, they do have a $1 billion budget.

The abortion giant has enjoyed many years swindling taxpayers of their hard-earned dollars. They are a shady organization at best, a criminal organization at worst. The laundry list of possible crimes is exhaustive: illegally profiting off of the sale of aborted baby body parts (the Select Panel on Infant Lives in the US House of Representatives as well as the Senate Judiciary Committee has recommended national Planned Parenthood and several affiliates for criminal prosecution), covering up rape and child abuse, aiding and abetting sex traffickers, overbilling taxpayers by millions of dollars, and betraying the trust of women by giving confidential medical information to vendors.

As taxpayers, we should not be paying an organization that engages in any of those things, much less all of them.

As women, we deserve better than a group that deems it necessary to sell out their clients for profit and then dare to use scare tactics to have them believe their health care will vanish if Planned Parenthood is stripped of their precious tax dollars.