Vice President Kamala Harris just returned from Guatemala where she discussed the "root cause" of the post-election "surge" of "migrants" to our southern border. Harris said, "People leave home ... because they don't have opportunities there to fulfill their basic needs like feeding their children or keeping a roof over their head, or they're fleeing some kind of harm."

But the USA also faces a surge in crime, including homicide, in many American cities. Why aren't we discussing this root cause? It cannot be because, as Harris says about migrants, people "don't have opportunities there to fill their basic needs." After all, these migrants come precisely because they see opportunity here that they do not see in their home countries. 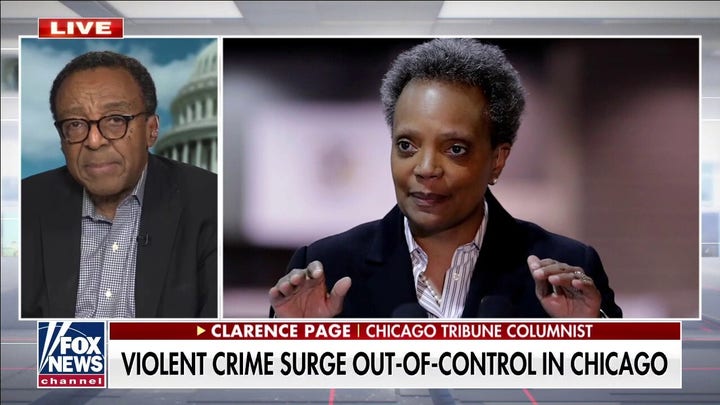 About Chicago, the Chicago Sun-Times recently reported: "Children in Chicago are dying from gun violence at a rate three times higher than last year. ...

"Ten children aged 15 or younger have been shot dead so far this year, up from the three children fatally shot during the same time period in 2020. ... And that's more than the number killed in all of 2019, the data shows."

The city of Chicago often leads the nation in the total number of homicides, but the annual homicide rate (murders per 100,000 residents) in a dozen or so big American cities is often higher than that of Chicago -- some of them much higher.

In 2018, the Pew Research Center wrote: "The cities that perennially have the most murders per capita have homicide rates that are much higher than the nationwide average. In St. Louis and Baltimore, for instance, murder rates in 2017 were more than 10 times the U.S. average of 5.3 homicides per 100,000 people."

Violent crime is concentrated in primarily low-income, marginalized Black communities where the police are underresourced and Democratic leadership has abysmally failed.

In Chicago, 80 percent of gun-violence victims in 2020 were Black. According to the latest data in New York City, 71 percent of shooting victims are Black -- even though Black people constitute just 26 percent of the city's population. The tragic reality is one Black life was killed less than every hour in America last year.

Is police brutality and/or "systemic racism" to blame? About the racism-is-the-cause argument, the Manhattan Institute's Heather Mac Donald points out: "Anti-cop activists and many academics claim that racial crime disparities are simply a product of racist police deployment. Cops are oversaturated in African-American neighborhoods, the activists argue (ignoring the pleas for help from community residents). Once there, officers discover the same crimes that go undetected in white communities.

"But the bodies don't lie. Blacks between the ages of ten and 43 die of homicide at 13 times the rate of whites, according to the CDC, thanks to comparably high rates of violence."

Unless one is prepared to argue that Blacks are simply genetically more inclined to commit homicide, where is the discussion about "root causes"?

When there is a horrific urban shooting, Democrats are quick to call for more gun control legislation.

Democrats, when there is an alleged case of police abuse against a Black suspect, demand police reform, with some elected officials even calling for a defunding of the police.

Democrats, when it comes to disparities in homeownership or net worth, readily talk about the "legacy of slavery and Jim Crow," while failing to address, let alone explain, the increase in the rate of unmarried motherhood in America following the '60s "war on poverty." And despite clear evidence about the relationship between crime and fatherlessness, the left does not want to talk about that "root cause."